A Brush with the Paranormal - Carolina Country
Carolina Adventures
April 2021

A Brush with the Paranormal

Bigfoot is helping put Littleton on the map

Video courtesy of The Cryptology and Paranormal Museum

In north-central North Carolina, the small town of Littleton has an unusual attraction: the Cryptozoology and Paranormal Museum, aka the Bigfoot Museum. It is owned and operated by Stephen Barcelo and his wife, who moved to Littleton from Long Island. Why the move? 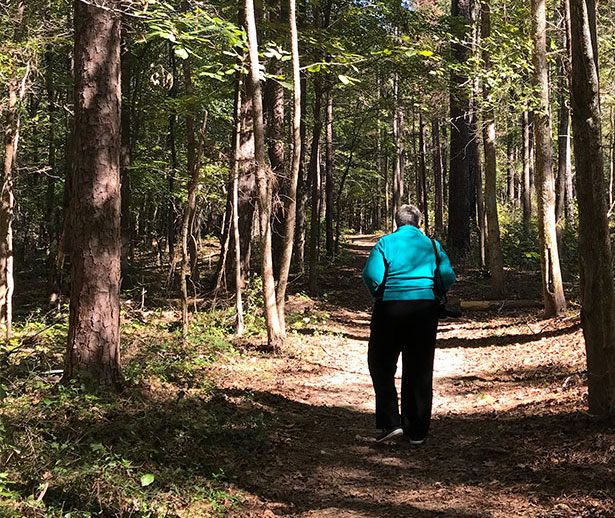 “To get away from the high cost of living in New York,” he explains.

The Barcelos got a great deal on an old fixer upper in the heart of Littleton, the beautiful historic Alston House. Stephen says the house in part dates back to the 1850s. There is a stream flowing under the house, and the upstairs has a secret room.

Before he even moved in, he began to feel, see and hear things — he was not alone while he worked on renovations. The house is apparently haunted by friendly ghosts.

Stephen has had previous experience with the paranormal, so he doesn’t find his co-residents alarming. While in New York he worked as a photojournalist for the “New York Daily News” and covered many stories involving ghosts. He decided to open part of his home as a museum and to offer ghost tours.

Cryptozoology is the study and research of creatures that have yet to be proven to exist (often referred to as cryptids). Paranormal refers to events which cannot be explained by science, including cryptozoology, ghosts and UFOs.

Included in the museum’s displays are haunted dolls, a coffin (available for rent) and a haunted hay crane — just to list a few unusual artifacts. One of the most popular items in the museum is the haunted Mrs. Beasley Doll, displayed in a locked glass case to protect her from prying fingers. It seems she gets a bit uncomfortable staying in one position all of the time, and she will move of her own accord.

And of course, there’s Bigfoot. The museum has plaster impressions of Bigfoot footprints on display and a huge statue of the big guy. There have been reports of Bigfoot sightings in the nearby Medoc Mountain State Park, hence the museum’s attention to the cryptid. Sightings have been reported as recent as March, according to Stephen — you can get the latest on his YouTube channel.

But you don’t have to be a believer to enjoy what the state park offers: camping, hiking, bridle trails, fishing and paddling. 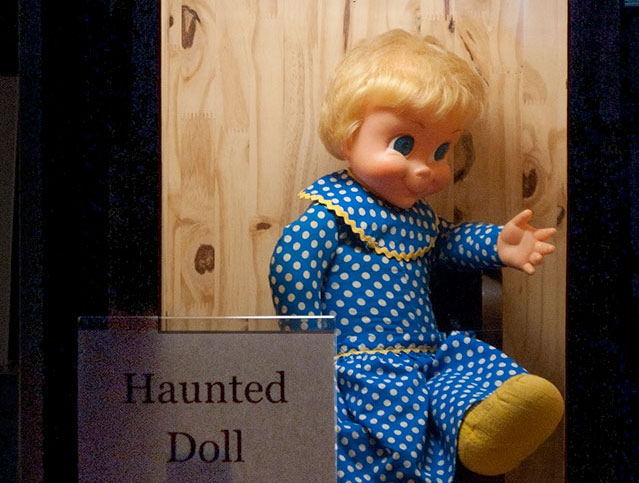 This display of a haunted "Mrs. Beasley" doll is said to move of her own accord.

Littleton also boasts a thriving theatre group, the Lakeland Theatre Company, offering regular performances and events. (Their building, along with several other buildings with reported paranormal activity, is on the Haunted Littleton Ghost Tour, although the tour is temporarily on hold during the pandemic). The theatre has also hosted the Littleton ParaCon paranormal conference. The next is tentatively scheduled for fall, but check the museum’s website for updates on timing due to the pandemic.

Littleton is about 10 miles south of Lake Gaston. Whether you’re vacationing at the lake, camping at Medoc Mountain State Park or looking for a unique day, be sure to visit the Cryptozoology and Paranormal Museum and Littleton’s other haunted sites. It is well worth the drive.

Open during limited hours due to the pandemic: 1–6 p.m. Friday, Saturday and Sunday