A 5,000-square-foot exhibit at the North Carolina Museum of History tells the story of a humble North Carolina farm boy who grew up to preach live to more than 215 million people in more than 185 countries. Billy Graham preached to many millions more over the radio, television, in film and online. 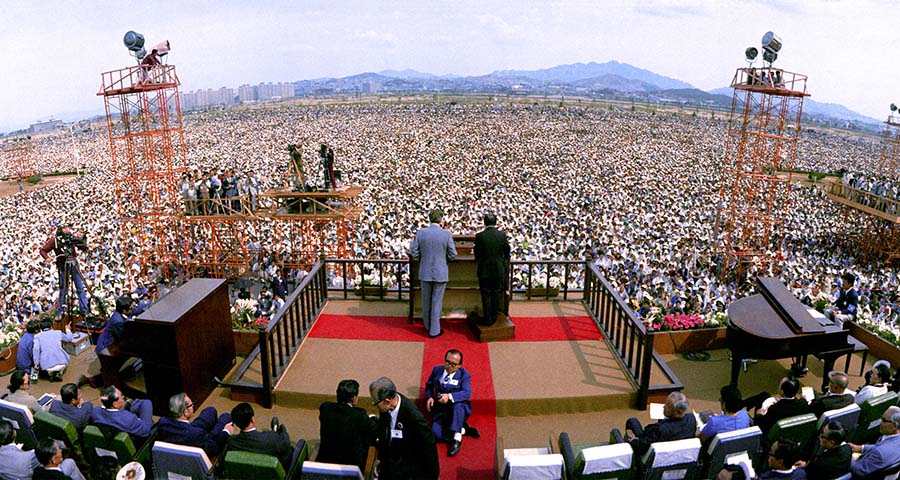 Visitors walk through Graham’s life story, beginning with his childhood growing up on a Charlotte dairy farm, through his early radio days of preaching the Gospel, to his worldwide reach that has touched so many lives. His influence on national and world events, such as the Civil Rights Movement and the Cold War, are showcased through images, audio and video displays.

The seven-section exhibit traces Graham’s early life and ministry, from his childhood to his spiritual awakening and worldwide journey. It includes a look at his 12 N.C. crusades, as well as other events held in Los Angeles, London, New York City and South Africa. Personal items include the American flag flown over the U.S. Capitol Building in honor of Ruth and Billy Graham’s 50th wedding anniversary; the miniature dictation machine Graham used to prepare sermons; and the tuxedo he wore when knighted at the British Embassy in 2001. 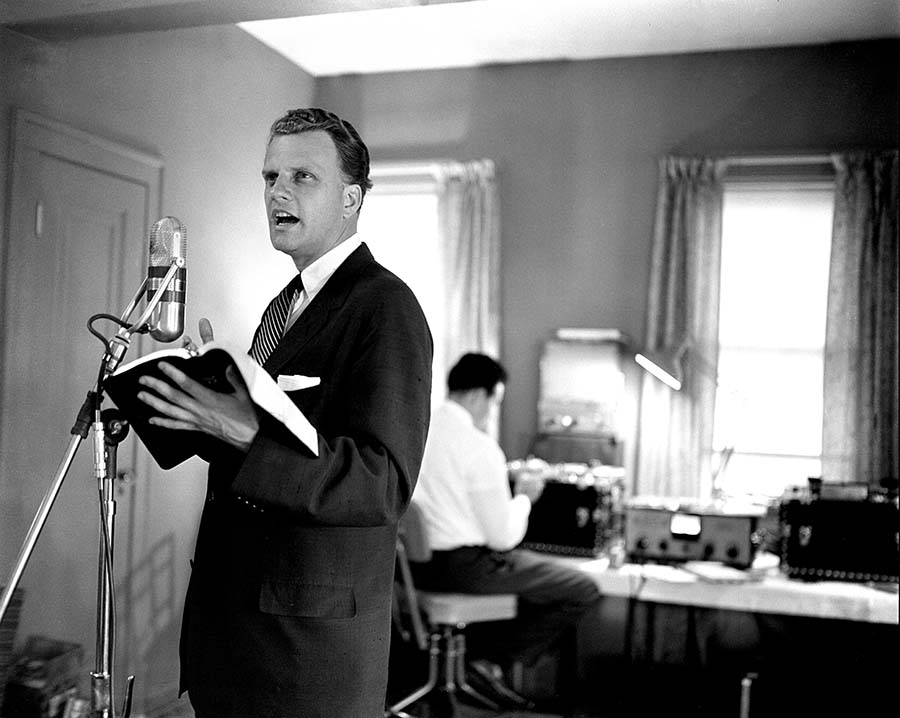 The exhibit’s photographs feature large murals depicting the attendance at crusades held around the world. Other images highlight his family life, personal moments and meetings with presidents, as well as other national and world leaders.

“Billy Graham, a native son of North Carolina, is known for his positive impact in our state and around the world,” said Ken Howard, director of the N.C. Museum of History. “The museum is proud to present his life story in this major exhibit…”

The exhibit is privately funded, developed and produced by the Billy Graham Evangelistic Association. The free exhibit runs through July 10, 2016.