An Island Frozen in Time 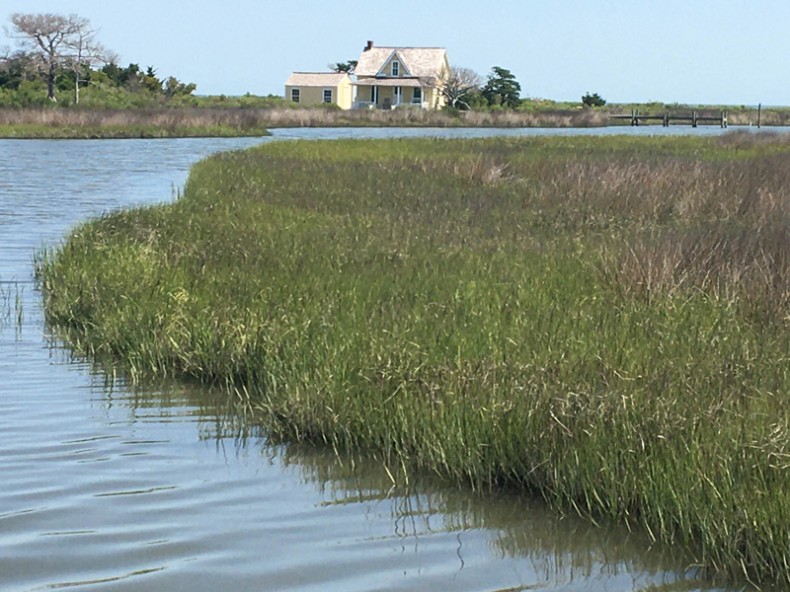 Step onto the lone, narrow dock at Portsmouth Island, and you are greeted by a quiet peace and a small village from yesteryear that beckons you. The island has appeal for history buffs, surf fishers, and for those who simply want to revel in miles of white sandy beaches known for their shells and incredible views of the Pamlico Sound and Atlantic Ocean.

Volunteer Kathi Dunn greets visitors at the Portsmouth dock as Rudy Austin pulls his boat away.

As you head from the dock and walk along a small road through scenic marshland, you’ll have the chance to wander through the village and view about 17 structures from the late 1800s and early 1900s. On any given visit, about six are open to visitors.

North Carolina’s colonial legislature chartered Portsmouth in 1753 as a planned town. It became a bustling seaport and one of the most important on the East Coast. By the late 1700s, Portsmouth was the largest town on the Outer Banks, and it would reach its peak of nearly 700 residents by 1860. The Civil War brought changes, though, and so did shifting sands that changed the inlet to make it less accessible for large ships. As a result, other inlets gained more importance.

With the last residents leaving Portsmouth in 1971, Portsmouth Village is now part of the Cape Lookout National Seashore and under the auspices of the National Park Service. It is a treasure to both North Carolina and the Nation. 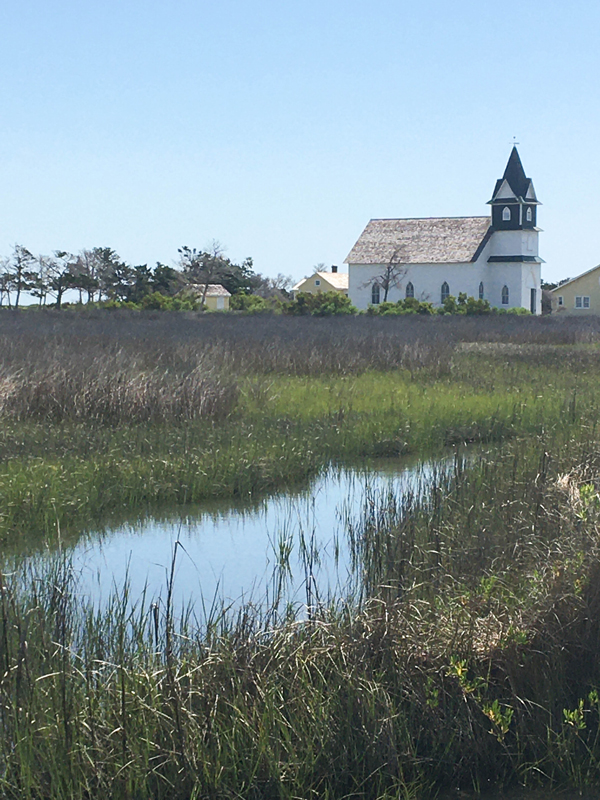 The Methodist Church on Portsmouth is one of the buildings open to the public.

The first stop is at the Theodore and Annie Salter House, which is now the visitor center. The park service has several interpretive displays about life on the island. The General Store, with a small post office in the corner, welcomes you into a circa 1900 store and the island’s gathering place. Visit the one-room schoolhouse and imagine one teacher for eight grades. Climb the ladder in the lifesaving station to a perch with stunning views. Picture island residents gathering at the Methodist church as church bells peal. Today, visitors ring the church bells, which are about the only sounds on the island other than the whisper of the wind and birdsong.

The village is open to visitors during the spring through fall, depending on the weather. Much of that time, two park service volunteers reside on Portsmouth, most signing up for three-week stints. In late May and early June, Kathi and Glenn Dunn, of Marshallberg, make Portsmouth their home. During their temporary stays over the past seven years, they greeted day visitors, answered questions, kept the buildings swept and cleaned, mowed, and handled emergencies.

“Portsmouth picks its people,” says Kathi. “The first time I ever set foot on the dock, there was a sense of peace. I loved it. There is something about this place that grabs people, and it grabbed me. I feel the history. I feel the presence of Portsmouth more than many other places. Come prepared to experience history that you can feel.” 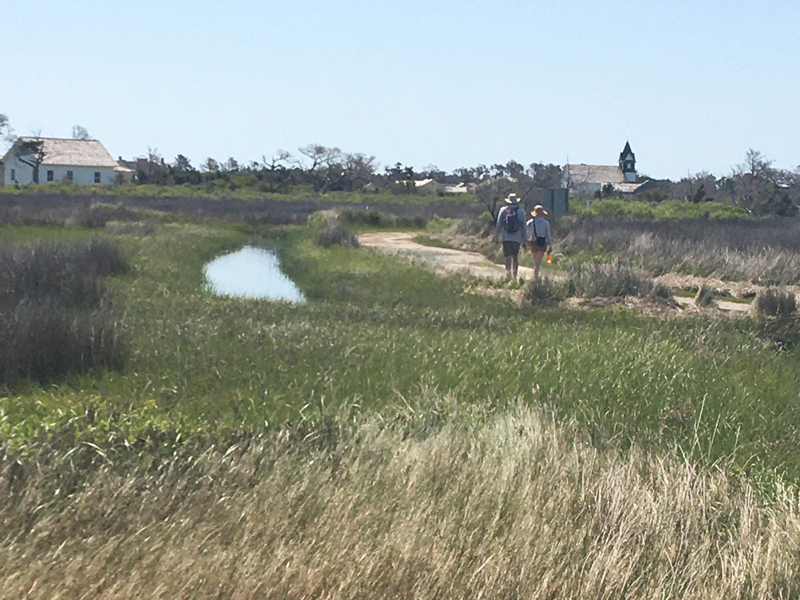 Portsmouth is currently only accessible via private boat or by Portsmouth Island Tours out of Ocracoke (call 252-928-4361 or 252-928-5431 for details and reservations).

Rudy Austin, a Tideland EMC board member, and his brother Donald run the tours, along with Rudy’s son, Wade. The brothers, former ferry captains, grew up on Ocracoke and started helping their father with tours in the early 1980s. On the trip over and back they share a bit of island history and slow the tour boat for photographs whenever pods of dolphins are spotted.

If you visit the island, plan on about two hours exploring the village and two hours for beachcombing. Bring insect repellent, sunscreen, water, walking shoes, a bag for shells and a fully charged phone for photos.