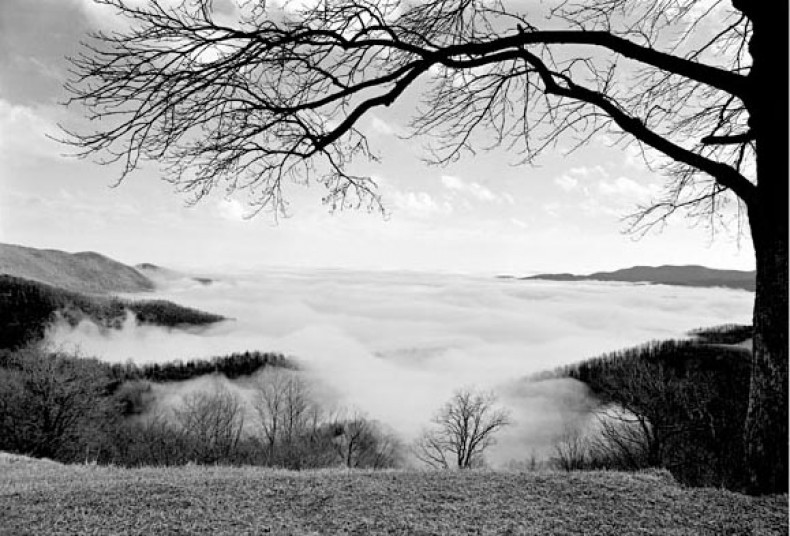 Grandview Overlook on the Blue Ridge Parkway was one of our favorite places to visit when we lived in Boone. During an early morning run on the parkway, Ashley saw the clouds settling over the valley after a storm, so he ran home, got his camera and returned in the car to photograph the overlook.

Grandview's elevation is 3,240 feet and it overlooks the small town of Triplett, N.C., and the Yadkin Valley mountains. Daniel Boone loved to hunt in this area, and Boone's Branch Camp is located in the valley.

In 1986, at about 2 a.m., we gathered at the overlook with others to view Halley's Comet. The last time it appeared was in 1910. My neighbor had seen it as a boy, and now he was going to see it a second time. No one spoke as we watched the sky with anticipation. Then it just appeared! We watched as it burned a path across the sky. Then it was gone. Unlike my neighbor, I will not see it a second time when it comes again in 2061.

If you travel on the Blue Ridge Parkway, stop at Milepost 281. It is a grand view.

Ashley and Kay Fetner are members of Randolph EMC and live in Asheboro. www.ashleyfetnerportraits.com