The floating worm isn’t new, but it sure works 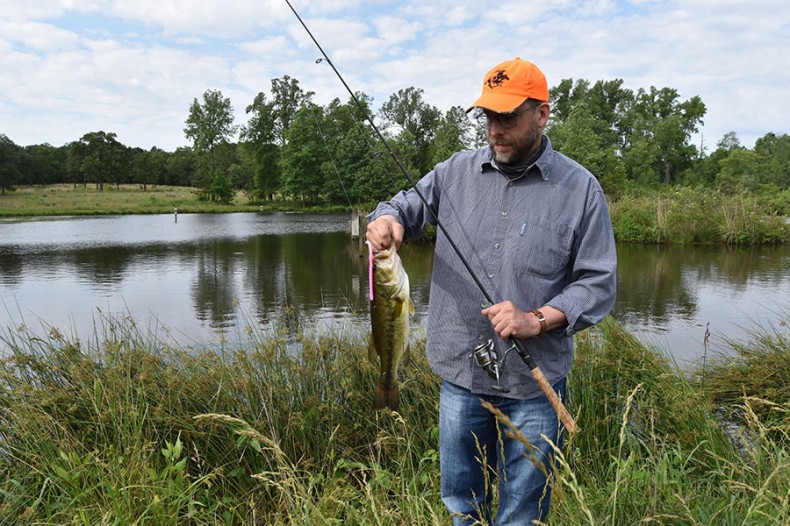 Every bass angler has a “go to” lure, the bait in their tackle box that gets tied on more often than others. For some it’s a spinnerbait, for others a crankbait of some sort, and still others some type of soft plastic offering.

For me, it’s the floating (or trick) worm. It simply checks all the boxes: easy to use, weedless, inexpensive and very effective, even in the hands of the novice angler.

I should note; the “floating worm” does not float. It sinks fairly slowly, and one can vary that with hook size and the use of a barrel swivel. Typically the floating worm is either rigged “wacky” style, with a bare hook piercing the bait in the middle, or Texas style, using an offset worm hook with the point embedded back into the worm.

Weedless, inexpensive, easy to work and effective is a nice list of attributes for a 30-year-old lure. It has stayed around for a reason.

Fishing the floating worm is easy. One makes a long cast, allows the worm to sink some, and then twitches it back during the retrieve using a low rod tip to just take the slack out of the line and reeling with short turns of the handle. Some people use bright colors so the worm is visible during the retrieve. When the worm disappears, it’s because it is in the maw of a hungry bass. A quick, hard hook set is the next action. I prefer a slower — usually “twitch-twitch-pause” — retrieve. Bass often hit on the pause when the worm sinks. When I feel that dead weight, I set the hook.

The floating worm can be fished using any type of reel, but note that fishing it on a spinning outfit can cause line twist. So, I often use a barrel swivel and a foot-long leader to decrease that irritation.

There are a bunch of straight plastic worms on the market. My two favorites are Zoom and Danny Joe’s Original Floater.

Kelly Barefoot of Raleigh is the owner of Catch Outdoors, previously Custom Lures Unlimited (CLU). He started CLU in 2003 and it became Catch Outdoors in 2016 (catchoutdoors.com). In 2010, he purchased the molds and brand for Danny Joe’s Original Floater from Danny Joe Humphrey of Kinston. It’s now one of his two top-selling lure lines. He not only distributes them, he loves using them. 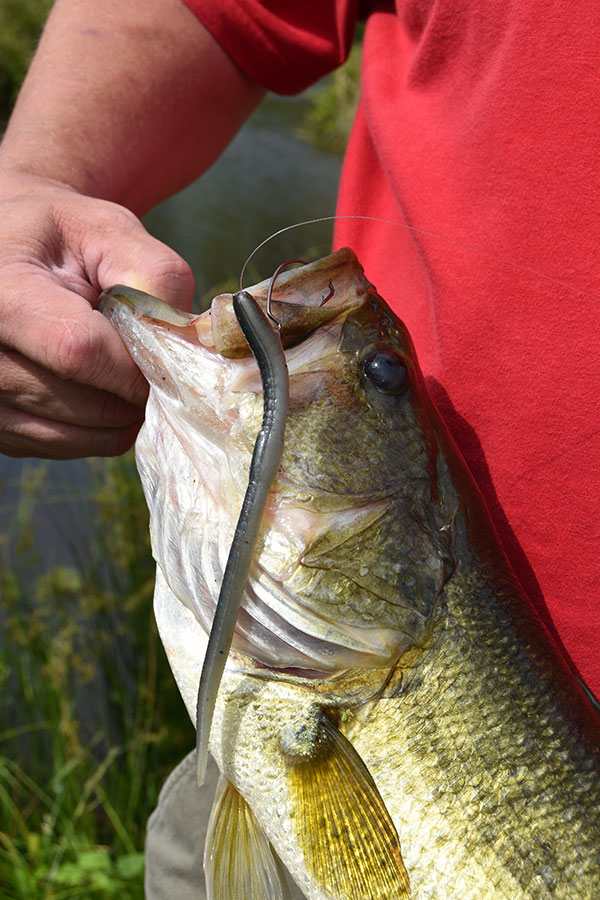 “It’s a great way for anybody to learn how to fish for bass,” Kelly says. “I prefer a 6½ to 7-foot medium spinning rod. I like lighter lines, 10- to 12-pound test braid line when in heavy cover like in the river and 10- to 12-pound test monofilament in more open water. I usually have one rod rigged Texas style and one rod rigged wacky style. I really like the 1/0 and 2/0 Gamakatsu Wide Gap Weedless Finesse Hook.”

Kelly says he usually does not use a leader and swivel, and that a swivel can make the wacky rig roll in circles. Ninety percent of his fishing with the floating worm is “sight fishing,” which in this case means watching the lure beneath the surface and setting the hook when it’s no longer visible. His favorite colors include watermelon bubblegum and bedding bluegill. (I find Zoom’s Junebug and Danny Joe’s South Africa Special colors effective, especially in turbid waters.)

If you’ve got some shallow water to cover, give the floating worm a try. Weedless, inexpensive, easy to work and effective is a nice list of attributes for a 30-year-old lure. It has stayed around for a reason.