Public Lands Offer Wingshooting for Everyone 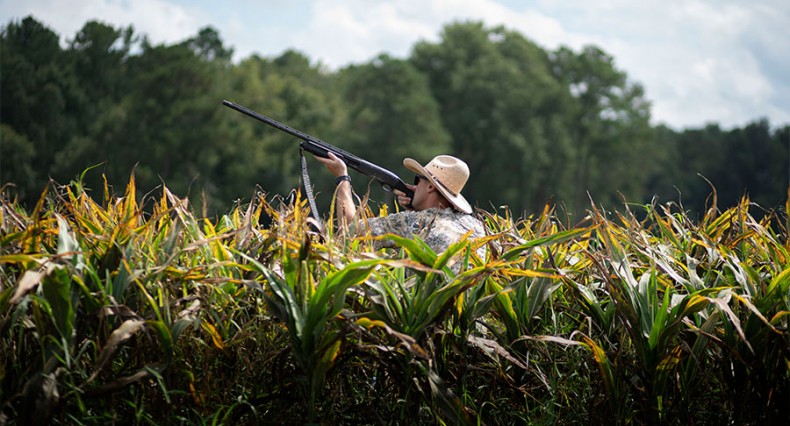 For many North Carolina sports enthusiasts, fall signals the start of football season. But fall also means hunting to a select group of outdoorsmen and women, and dove season traditionally kicks that off Labor Day weekend.

In the South, opening day of dove season on private grounds is often a community social event with food and fellowship aplenty. Those without local connections can find pay-as-you-go dove shoots in rural areas. But what if you don’t have local connections or don’t want to pay for a hunt? Find your local game land with public dove fields.

The NC Wildlife Resources Commission has several game lands across the state that feature fields planted with crops that attract mourning dove (which is America’s No. 1 game animal by harvest). Depending upon the year and the growing conditions, there are well over 1,000 acres of fields awaiting wingshooters across the state. Use the online interactive map to find one close to you.

Dove-hunting etiquette includes passing on shots at low-flying doves to avoid peppering (or worse) other hunters with birdshot. It also includes packing out all of your trash, including spent hulls. While you’re at it, look around and pick up any trash you see. Some hunters seem to think spent shot shells are biodegradable. They aren’t, and neither are water bottles and the like.

Standard equipment for early-season wing shooters include a shotgun (pumps and autoloaders need a magazine plug limiting the gun to three shells), a bucket or stool to sit on, drab or camo clothing, a cooler for your birds and ample water for you and your dog if you have a trained retriever. If you have an untrained retriever, think twice before bringing it to a crowded field. And don’t even think about bringing a dog that has not been properly introduced to gunfire.

Before going, check the interactive map to see if a given dove field is on a three-day-a-week game land or a six-day-a-week game land. The Commission also offers six permit-only game lands for dove hunting (the deadline for application is August 19) and includes dove hunting under “small game” on many other permit-only hunts. The Commission also offers youth, youth and adult, and disabled sportsmen permit hunts for various species.

Plan ahead for success

Just like any other type of hunting, preseason preparation is key, and that includes scouting trips. Take some trips before the season to make sure your intended destination had a successful growing season and that crops planted to attract doves made it through the hot summer. These fields are typically seeded in millet, milo, sunflowers, sorghum, corn or a mixture containing some or all of these crops. They are normally harvested, mowed or burned prior to the opening of the dove-hunting season to ensure seed is available to doves in the area.

Look for potential stand sites with shade. Go early and late to see where the birds are entering the fields to feed after roosting. And don’t forget about late-season dove opportunities. Many hunters forget about doves after opening day in favor of deer, ducks and other species. I’ve had some fine shoots in December and January, and frankly, wished there were more hunters around to keep the birds moving.

Daily limit is 15 birds. Shooting hours are one-half hour before sunrise to sunset. If hunting within the boundaries of a waterfowl impoundment non-toxic shot must be used. Find public dove fields online using this interactive map.