Museums showcase folks who made good

No one can argue that North Carolina has birthed scores of talented folks. Our state's sons and daughters include notable authors, musicians, sports heroes, astronauts, inventors, historians, artists, automobile racers, industrialists and inventors — the list goes on and on.

A great way to learn more about illustrious Tar Heels is to visit museums dedicated in their honor. Here are just four of the many sites that showcase famous North Carolinians.

By the way, when you visit these museums be sure to check out the area's other attractions. Talent, it seems, has a way of attracting more talent. 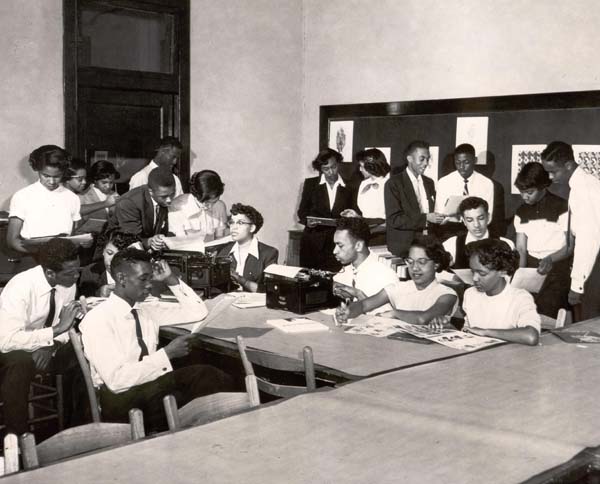 In 1901, a determined young woman came alone to the backwoods of Guilford County to teach at a small school for African-Americans. When the school closed, Charlotte Hawkins founded Palmer Memorial Institute in a converted blacksmith's shop. Charlotte Hawkins Brown raised funds and built up Palmer to become one of the premier black schools in the nation, equipping her students with discipline, classical education and high standards.

Classes included drama, music, art, math, literature, and romance languages. Students learned in small circle groups with teachers who served as counselors. Each student received personal training in character development, and all students had to work one hour per day for the school.

During her 50-year presidency, more than 1,000 students graduated. Brown was also active in national efforts to improve opportunities of African-Americans such as the Negro Business League.

The free museum, a few miles east of Greensboro, features an orientation video, exhibits, tours of historic structures (including Brown's residence) and audiovisual presentations. (It's technically in Sedalia, but the Gibsonville address works for GPS.) You can also learn more about the inspiring Dr. Brown by reading "Charlotte Hawkins Brown and Palmer Memorial Institute" (UNC Press; Softcover, 320 pages, $26.95). 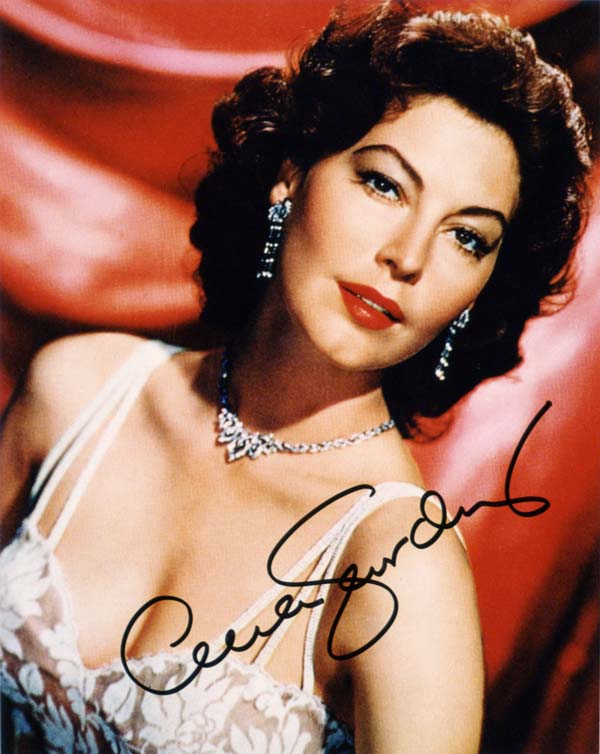 Ava Lavinia Gardner was born in Grabtown, Johnston County, on Christmas Eve, 1922, the youngest of seven children in a poor family. After graduating from high school, she took secretarial classes in Wilson.

While visiting her sister in New York City, Gardner posed for her sister's husband, photographer Larry Tarr. A talent scout saw her photo in Tarr's studio window and Gardner soon found herself doing a screen test for MGM's Louis B. Mayer. (He supposedly said: "She can't act. She can't talk. She's terrific. Sign her.") At 18, Ava signed a seven-year movie contract for fifty dollars a week.

Despite her limited acting ability, she stood out like a klieg light. Actor Mickey Rooney quickly married her but she was more flattered than in love and they divorced 17 months later. Her second marriage to much-married bandleader Artie Shaw lasted one year, with Shaw playing Svengali and molding her like a pet project.

Meanwhile, Gardner moved up from B-grade films. Breathtaking in the noir film, "The Killers," she also delighted audiences with her roles in "The Hucksters" (1947), "One Touch of Venus" (1948) and "Show Boat" (1951). Her performance in "Mogambo" (1953) earned her an Academy Award nomination. A friend of author Ernest Hemingway — who could match him drink for drink — she acted in two films based on his books.

Gardner's final marriage was to crooner-turned-actor Frank Sinatra. Sinatra's jealousy, coupled with Gardner's substantial drinking habit, helped seal their divorce. Despite their tumultuous marriage, they remained good friends for the rest of her life.

Gardner eventually moved to Spain, where she proved a fan of bullfighting and flamenco dance. She died in 1990, and was buried in Sunset Memorial Park in Smithfield, next to family members.

The Ava Gardner Museum has extensive memorabilia. During a self-guided tour through more than 5,000 square feet of exhibit space, you'll see Ava's extraordinary costumes, movie posters and awards. One of the latest exhibits features photographs and accessories from Ava's homes in California, New York, Spain and England. 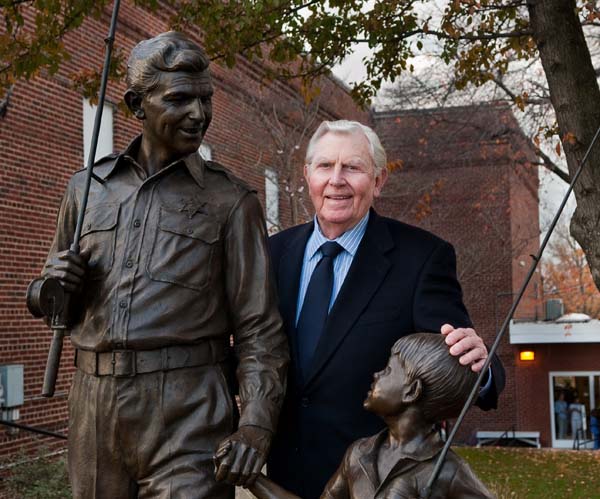 Born an only child in Mount Airy, Andy Griffith lived with relatives and slept in dresser drawers until his parents could afford to buy a home. At Mount Airy High School, he participated in drama and a local minister nurtured Andy's love of music, teaching him to sing and play the trombone. After graduation, Andy joined the cast in "The Lost Colony," an outdoor drama about Roanoke Island still performed today.

He eventually graduated from the University of North Carolina at Chapel Hill with a music degree. After teaching in Goldsboro, he and his new wife, a fellow performer at UNC, developed a sing-and-dance routine. One of Andy's comedy monologues, called "What It Was Was Football," was commercially released and wildly popular. In 1954, he won the role of Will Stockdale in the TV version of the play "No Time For Sergeants." Later, two Tony nominations helped him land his own sitcom, "The Andy Griffith Show." An immediate hit, Andy played a gentle, philosophical sheriff alongside his longtime friend Don Knotts, who played the comical, high-strung deputy Barney Fife in small-town Mayberry.

After leaving the show, Griffith was less successful for awhile, then struck gold again as a folksy country lawyer in the legal drama "Matlock." Griffith also acted in numerous TV and feature films. (Many are surprised to learn he also played some pretty dark, dimensional characters that revealed his wide acting range.) He died in 2012 at his home in Manteo.

The museum offers the largest collection of Andy Griffith memorabilia known, gathered by his good friend Emmett Forrest. New items are donated and archived pieces are brought, so visitors always have something new to see.

Visitors can enjoy career photographs, as well as props from "The Andy Griffith Show" such as Andy's desk, the Mayberry jail key and Barney's clothes. There's also a section on actress and Mount Airy resident Betty Lynn. Lynn played sweet Thelma Lou and appears there on the third Friday of each month to chat with visitors. There's also many items donated by the cast of "Matlock." 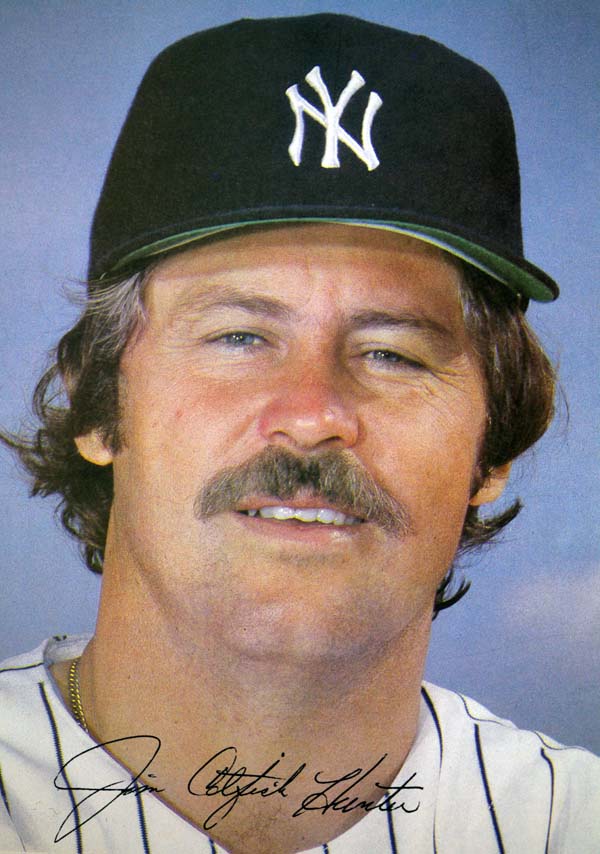 James Augustus Hunter, the youngest of eight kids, enjoyed hunting, fishing and playing baseball with his brothers. Major league scouts noted his pitching skill at Perquimans High School, but in his senior year, Hunter was wounded while hunting. The accident left him somewhat hobbled at the time, but the Kansas City Athletics signed him anyway.

Hunter began socking in big wins with his pinpoint control. He was the highest paid pitcher in baseball when he signed with the New York Yankees in 1975. The Yankees won three straight pennants with Hunter. He was inducted in the National Baseball Hall of Fame in 1987.

The likeable pitcher retired from baseball early at age 33, due to arm strain and diabetes. Hunter was later diagnosed with amyotrophic lateral sclerosis (ALS, also called Lou Gehrig's Disease) and died at age 53.

The free museum is tucked in a room at Perquimans County Chamber of Commerce in Hertford. Visitors can see a photo of Catfish signing his first contract, his Sports Illustrated covers, a Yankees paycheck, a video and more. Get Sid Eley, the chamber's executive president, to tell you about "Jimmy." ("Catfish" was a professional nickname.)

To see a UNC-TV video and read more about the museum, visit the website page.