More jewels for the crown

Since 2000, North Carolina has added 8 places to the state park system

The North Carolina state park system all began with, you guessed it, a group of concerned citizens. Led by Gov. Locke Craig in 1916, local citizens wished to protect the summit of Mt. Mitchell, the highest peak in the eastern U.S. that rises 6,684 feet above Yancey County. The summit and the surrounding forest officially became Mt. Mitchell State Park that year, the first in the state, the first state park in the Southeast and one of the first in the nation.

Today, the state park system has 36 parks, in addition to four state recreation areas and two state natural areas, more than 200,000 acres of land. About 14.2 million people annually visit these parks to learn more about an area's bio-diversity, history and culture, escape into wilderness, grab a picnic under a tree, paddle the waterways, hike various levels of trails, follow the footprints of critters and breathe in the smells of the surrounding flora.

The following is a look at three of the newest parks to come online, as well as brief descriptions of the other park system additions: 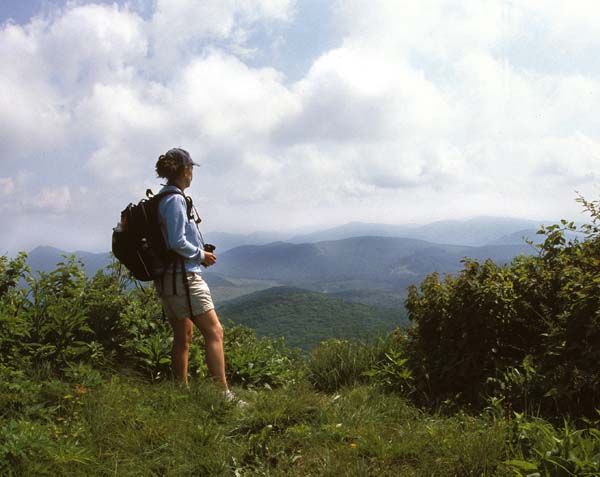 Elk Knob is the second tallest peak in Watauga County at 5,520 feet. About 30 minutes north of Boone, the state park (once a state natural area) is in an interim development stage, with a park office and contact station, picnic area, parking, restroom facilities and backcountry camping areas. My 9-year-old daughter and I decided to tackle the 2-mile moderate-to-strenuous Summit Trail that leads to the 5,520-foot peak via a winding, ascending mulch and rock path. Two other trails are also available: the 2-mile Backcountry Trail (moderate-to-strenuous) and the 1-mile Beech Tree Trail (easy).

With hiking sticks, water bottles and a snack-laden backpack, we started the trek from the base parking area ready to tackle the 1,000-foot uphill hike on a warm early October morning. The hardwood forest, rhododendrons and evergreens add a lushness to the area. Grouse and other small animals skittered in the leaves and a broad-winged hawk suddenly surprised us by taking off from his tree perch. Moss-covered decaying logs often yielded a treasure or two, with one log's pale yellow fungus growth in the shape of a thick-maned lion's head.

As we climbed, switchbacks on the mountainside afforded views of the mountainous region in Watauga and Ashe counties, just beginning to show the fall colors. Approaching the summit, the cedar, beech, oak, birch and maple trees become stunted and gnarled, an affect of winter's cold, strong winds. The gnarled trees provide a colorful tunnel for the final climb to the summit. On a clear day, the panoramic view from the north and south sides at the top include Three Top and Bluff Mountains, Mount Jefferson, Grandfather Mountain, Mt. Mitchell, Mt. Rodgers (Va.), and the Iron Mountains in Virginia and Tennessee. We weren't disappointed with the view. 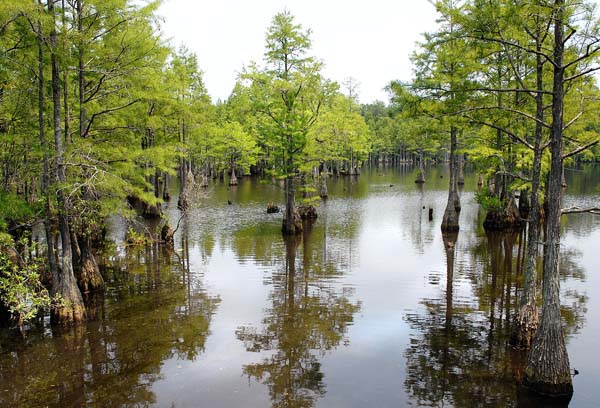 Carvers Creek State Park is spread over 4,000 acres in Harnett and Cumberland counties on what once was part of the Rockefeller family's Overhills estate. One 2,912-acre portion of the property, Long Valley Farm, a favorite respite for James S. Rockefeller, opened to partial public access in September 2013. His 1930s era home sits on the banks of a 100-acre, sprawling cypress millpond. For now, reservations are required for a guided tour of the home. Other historic farm structures are also on site. The surrounding land, longleaf pine forest and cypress pond are open for exploration.

The day I visited in late February, the unusually warm temperatures brought out local fishermen casting lines into the swampy waters hoping to catch largemouth bass or at least a bream or crappie. The walk down the hard-packed sand road from the park office to the millpond is about a half mile, leading to the 0.75-mile Cypress Point Loop Trail that takes you to a peninsula overlooking the millpond and back to the house. The wooded areas house a variety of woodpeckers — including the endangered red-cockaded woodpecker — songbirds, fox squirrels and various tree frog species. Fallen trees in the pond often have turtles sunning atop while birds skim the surface hunting insects. 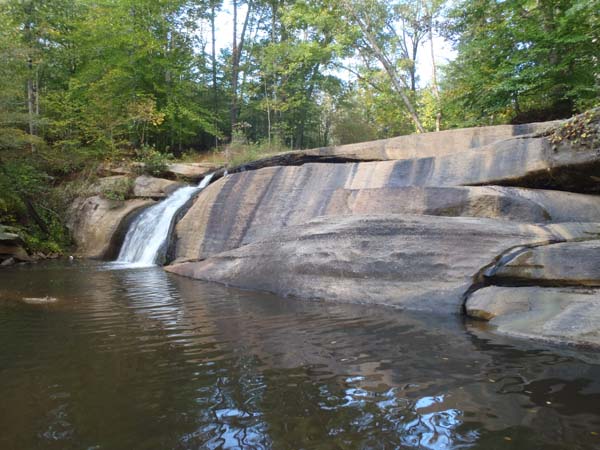 The Mayo River State Park in Rockingham County once served as a community park, with picnic shelters and ponds for citizens of the local textile towns. Planning to create a river corridor park, the state purchased the land in 2003. The idea is to add more land along the Mayo River to the park's recreational amenities, including a canoe/kayak launch site under the Hwy. 220 Business bridge just outside of Mayodan. Currently, no public river access is available from the park.

For now, the 2,244-acre park offers a visitor contact station, restroom facilities, picnic tables and shelters, grills and fishing ponds near the parking areas, as well as two hiking trails (a half-mile easy loop and 1.8-mile easy-to-moderate loop) at the main site. The park also has a half-mile waterfall hiking trail about 30 minutes by car north of the park, a few miles south of the Virginia border.

The snow-covered 1.8-mile ridge trail I chose meandered into a hardwood forest of yellow poplar, white oak and sweet gum trees. The babbling sounds of the creek running alongside faded as I trekked a gradual uphill path. On this cool, overcast day, I had the trail to myself, except for the songbirds, deer and wild turkey. This trail leads to the Mayo Mountain Ridge before looping back to the parking area. Cedar Mountain's shadow can be seen at the ridge top overlooking the valley.

The park ranger urged me to drive north to the Fall Creek waterfall off DeShazo Mills Road. I took his suggestion and am glad I did. The red clay path from the small parking area to the waterfall featured deer prints in the mud and snow, running along Fall Creek and into the woods. The half-mile hike is easy, until you are at the waterfall, then a little climbing is involved to see the full view of the cascading water. The site is isolated, so caution is advised. The park ranger stated that someday a hiker will be able to go from the main park site to the waterfall without setting foot in a car or on a blacktop road.

Also new to the state park system since 2000

8,000 acres in Transylvania County with waterfalls, gorges, rare plants and animals, as well as elevation changes that will satisfy any naturalist or hiker.

300 acres in Guilford County with an environmental education center, short hiking trails and a six-acre lake.

14,000 acres of hardwood forests, wetlands and canals in Camden County with a rich history, black bear, bobcats and at least 43 species of butterfly. Visitors traverse the park by foot, bike and paddle.

In 2007, North Carolina purchased the private Chimney Rock nature park to add to the previously purchased Hickory Nut Gorge acreage in Rutherford, Polk, Henderson and Buncombe counties. The 5,700 acres includes the iconic 315-foot spire on the gorge's southern side, nature center, gift shop, elevator to the rock summit, and a network of hiking trails.

The state bought 2,456 acres along the crest of the popular Grandfather Mountain in 2008.