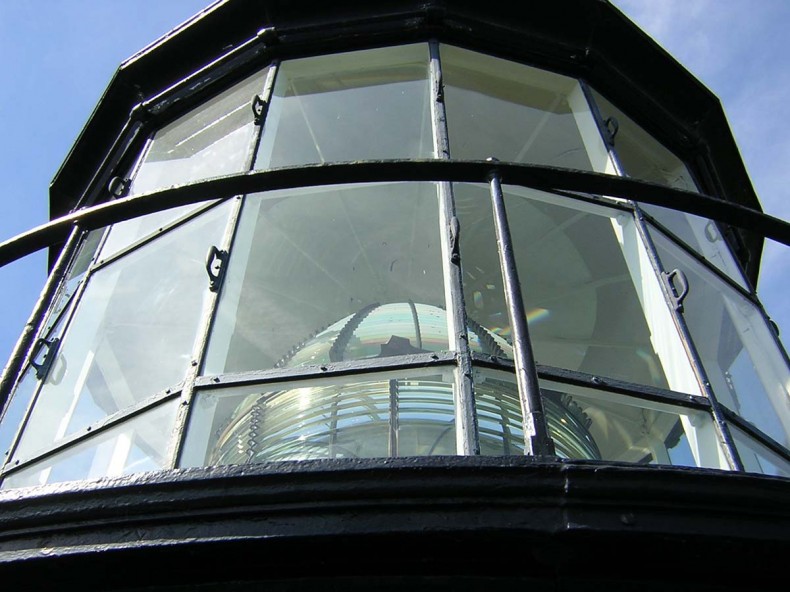 A variety of accommodations is available, including camping in National Park Service Campgrounds on Bodie Island, Hatteras Island and Ocracoke Island. nps.gov

If you enjoy lighthouses, you’ll love these jewels along the North Carolina Outer Banks. Lighthouses were origi-nally built to warn sailors of dangerous coastline, but today they also serve as national landmarks and tourist destinations. Each has a distinctive color pattern recognizable in daylight and a flash cycle distinguishable for miles at night, all noted on nautical charts to aid in navigation.

Starting from the north in Corolla, you’ll find the unpainted Currituck Beach Lighthouse, which stands 162 feet tall with walls over five feet thick at the base. Its light fills in the gap of darkness between Bodie Island Light to the south and Cape Henry to the north. For a small fee, you can climb the 220 steps to the top to view Whalehead (the restored 1920s home of Edward Collins Knight, Jr.) and the Atlantic Ocean. The light keeper’s house nearby holds a gift shop filled with souvenirs. 252-453-6778 or currituckbeachlight.com 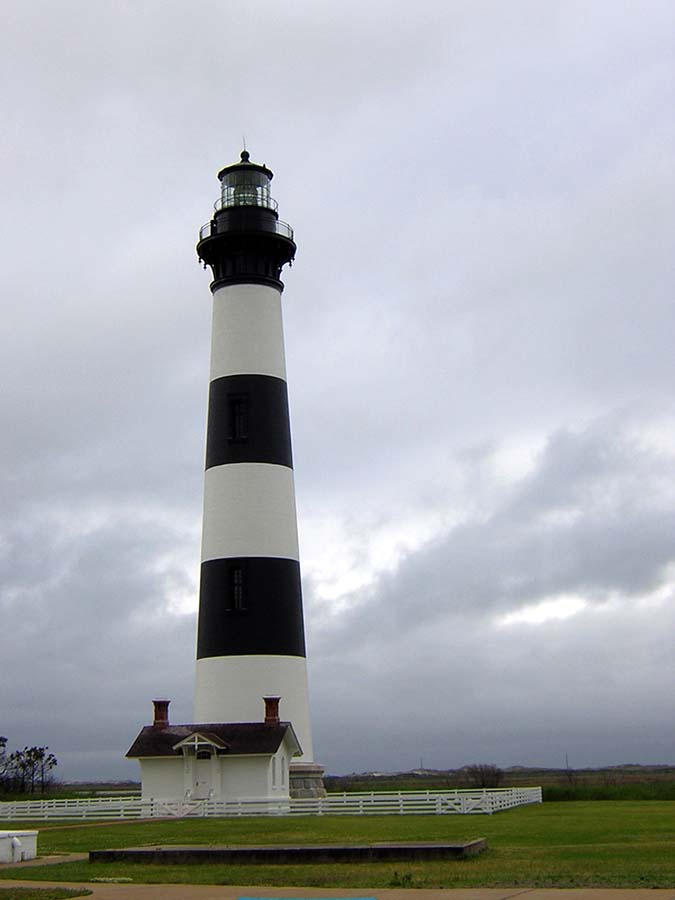 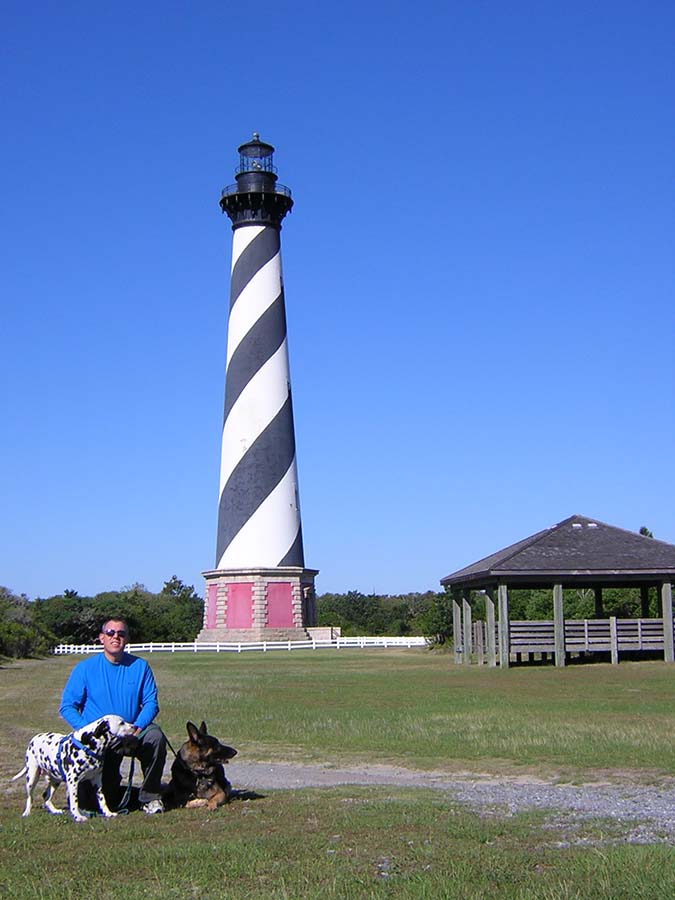 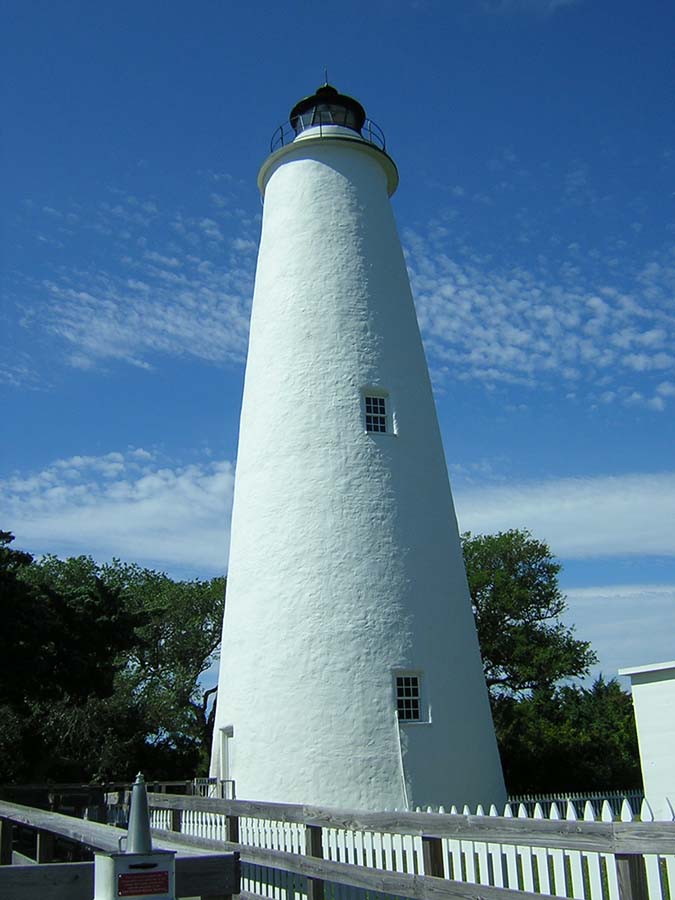 Further south, Bodie Island Lighthouse (pronounced “body”) offers a self-guided climb of the brick structure built in 1872. The light-house, in its third location, opened in 2013 after a major renovation. At the top, you have a clear view of Oregon Inlet, which joins the Pamlico Sound with the Atlantic Ocean. Bodie Island Lighthouse boasts horizontal black and white stripes and a restored first order Fresnel lens (largest of the seven sizes). 252-441-5711 or nps.gov

Driving south along the 70-mile stretch of Cape Hatteras National Seashore, you arrive on Hatteras Island. Cape Hatteras Lighthouse was built in 1870 to warn about the rocky shoals nicknamed Graveyard of the Atlantic. The tallest brick lighthouse in America, it’s recognizable by its iconic diagonal black and white stripes. It was moved almost 3,000 feet inland in 1999. In addition to climbing 257 steps to the lighthouse balcony, you can tour several historical structures and visit the gift shop. 252-473-2111 or nps.gov

Near the southern end of Hatteras Island is ferry service to Ocracoke Island. After the 45-minute trip, you may drive the length of the island to arrive at the village of Ocracoke. Built in 1823, the 75-foot-tall whitewashed Ocracoke Lighthouse is the oldest operating light station in North Carolina. It boasts a fourth order Fresnel lens and is now fully automated. It’s not open for climbing, but is one of the highlights of a three-mile walking tour that includes a small British Cemetery (which holds the graves of four sailors who washed ashore from the H.M.S. Bedfordshire torpedoed by a German U-boat in 1942) as well as other historical buildings. 252-473-2111 or nps.gov. Free ferry service: 252-986-2353 or ncdot.gov/ferry. Ocracoke Village: 252-928-6711 or ocracokevillage.com. Free village walking tour: ocracokeisland.com.

These venerable lighthouses are close enough together to visit in succession, and are surrounded by a wealth of other enjoyable sites. Those include Jockey’s Ridge State Park and the Wright Brothers National Memorial in Kill Devil Hills. There’s also Fort Raleigh National Historic Site on Roanoke Island, with the Elizabethan Gardens and “Lost Colony” production nearby.

Many sites are open seasonally, so check before you go.

For more information on these sites, see our national parks article.

Amy Ney is a freelance writer with a background in private land management. She lives in Haywood County and is a member of Haywood EMC.