The Lunch Counter that Sparked a Movement

A civil rights landmark has been painstakingly preserved in downtown Greensboro 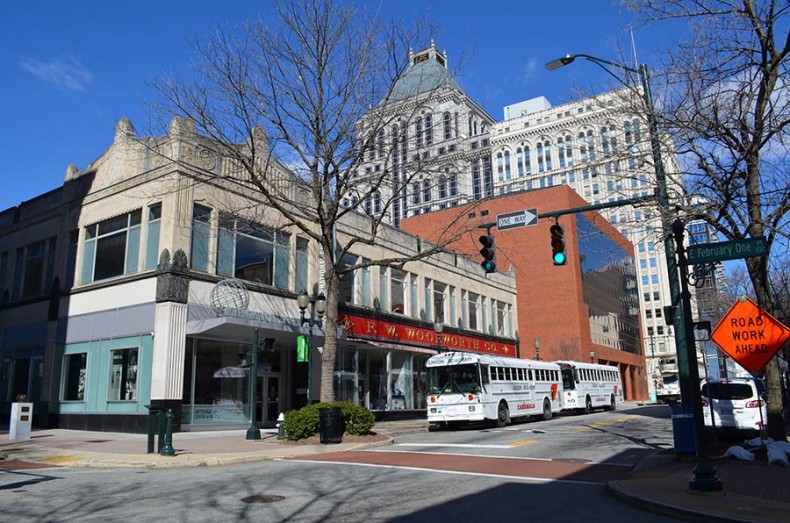 In the heart of downtown Greensboro, a corner of history has been carefully restored to how it stood nearly 60 years ago. Although it is a humble and otherwise unremarkable scene — an L-shaped lunch counter in the old F.W. Woolworth building — its significance makes it an international destination for those seeking to understand the struggles of equality, justice and freedom.

The International Civil Rights Center & Museum opened Feb. 1, 2010, saving a sacred space in the history of civil rights from destruction (there were plans to level the old Woolworth building in favor of more downtown parking). Part of its mission is to tell the story of the four young men who used the space to call attention to a social injustice of their day. 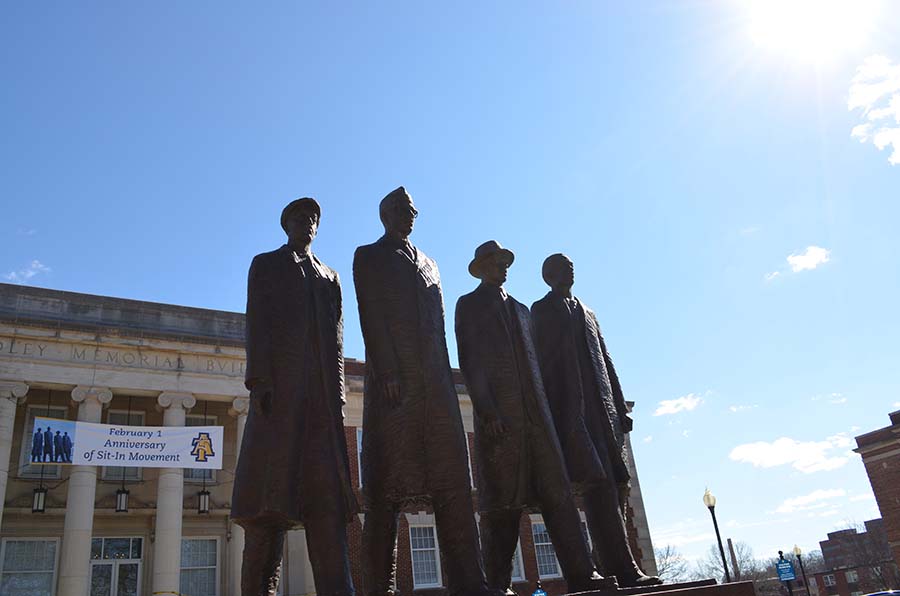 An impressive tribute to the four freshmen who sparked a movement stands on campus at N.C. A&T University. (photo by Scott Gates)

On the afternoon of Feb. 1, 1960, those four young men — North Carolina A&T University freshmen Ezell Blair, Franklin McCain, Joseph McNeil and David Richmond — entered the Woolworth store and made a few purchases. They then took a seat at the store’s “whites only” lunch counter and ordered coffee. As black men, they were denied service and eventually asked to leave, although they remained seated until the store closed at 5 p.m. The next day the four returned with more than 20 others to resume their peaceful protest. Other patrons heckled them. Police arrived. Reporters showed up.

Although in the days ahead the protesters would be faced with intimidation, appearances by the Ku Klux Klan and even a bomb threat, they remained undeterred. Their unwavering mission to call attention to an unjust segregational policy sparked a movement. By the end of the following month, similar peaceful sit-ins had spread to more than 55 cities in 13 states. 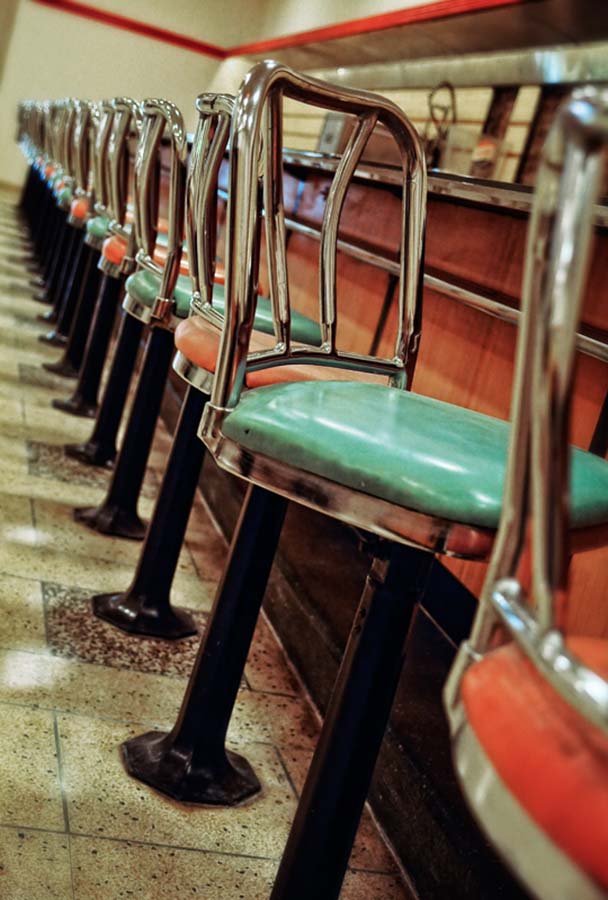 Stools line the long lunch counter in the old Woolworth building. An 8-foot section of the counter was removed and is on display by the Smithsonian Institute in Washington, D.C. (photo by International Civil Rights Center & Museum)

Today, the lunch counter has been restored to how it looked on that fateful February afternoon. Signs on the wall are a testament to how far a dollar could go: hot coffee, 10 cents; cherry pie, 15 cents. More than 40 barstools line a black slate counter, contrasting the speckled tan floor.

The museum includes a standing exhibit with information about the sit-in and artifacts from the broader civil rights movement. It can be an eye-opening experience for students, who may not have a full understanding of past injustices experienced by African Americans. Rotating exhibits have covered other aspects of civil rights, including international issues.

“There are a lot of civil rights stories that must be told,” says center & museum CEO John Swaine. “But there’s so much more to do.”

For those visiting the museum, a trip to the N.C. A&T campus is worth the five-minute drive. A statue of the four freshmen who started it all towers in front of the University Galleries, where ancestral and contemporary arts of Africa and the Caribbean are displayed, along with the work of both emerging and established African American artists.