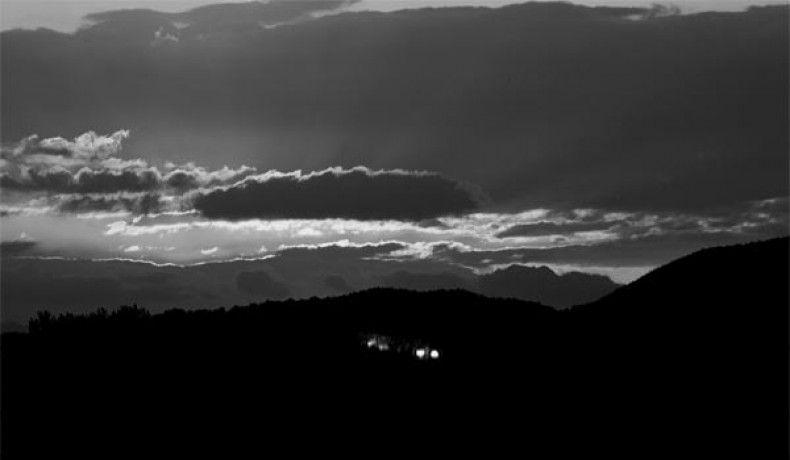 Many people have tried to explain the origin of the lights over the years. In 1771, a German scientist explained the lights as inflamed nitrous vapors, but that was instantly disputed. A 1913 U.S. Geological Survey concluded that they were headlights from a locomotive, but when the tracks washed away three years later and people continued to see the lights that theory also was thrown out. During the early 1900s, the mysterious lights were thought to be aliens, and Brown Mountain was even featured in an American pulp magazine, The Argosy, telling people to go see the UFOs at Brown Mountain.

The lights have been reported as being white, red, yellow, orange and blue. They've been described looking like large balls of fire to small candle lights and from floating near the ground to rising up high into the sky. Bluegrass musician Scotty Wiseman wrote a song titled "Legend of the Brown Mountain Lights," and National Geographic has called Brown Mountain one of the three best places to experience a natural wonder.

A symposium held last February intended to "finally solve the mystery of this strange phenomenon." Burke County tourism director Ed Phillips brought in two notable experts, Joshua Warren, a paranormal investigator, and Daniel Caton, a professor of physics and astronomy at Appalachian State University, both of whom have been studying the lights for years. The two men spent an entire afternoon duking it out between paranormal and science, exploring different theories, but in the end the lights remained a mystery.

Paranormal investigator Joshua Warren has been visiting Brown Mountain since his family took him camping there as a kid. On one such camping trip, Joshua says, he saw a ball of light climbing up through the trees and ascending into the sky. He's been returning with equipment and other investigators ever since.

As professor Caton says, what happens at Brown Mountain is up to your own interpretation. "All we have here are lights on a mountain. There are very few places on this earth where you can still go and explore these types of mysteries."

One local story recounts that in 1982 Morganton resident Tommie Hunter said he actually touched the lights at the Hwy.181 overlook. He had looked over the edge and saw a ball of light that was hovering, and he touched it. Tommie said it felt like he had stuck his finger in a light socket. Six other people were with Tommie that night and all corroborated his story.

So are the lights real? Joshua Warren and professor Caton say that's not even the question anymore. The question now is: What are they? For now, at least, they are simply one of North Carolina's greatest mysteries. 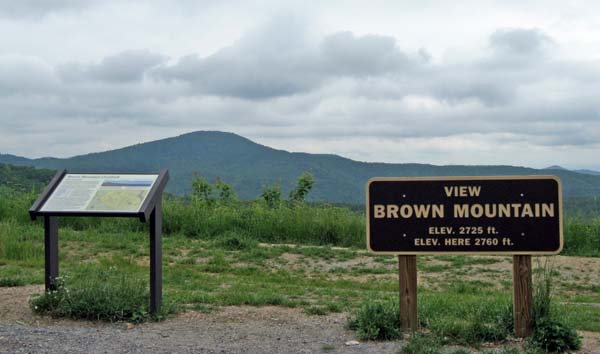 Plan your visit: The town of Morganton is the starting point to view the lights. Check Burke County's tourism website (www.discoverburkecounty.com) and www.brownmountainlights.com for travel information and special Brown Mountain Light events (including tours led by Joshua Warren, where you can be certified as a "Brown Mountain Investigator").

Where to see the lights: The best viewing location is probably Brown Mountain Overlook, on Highway 181 between mile marker 20 and 21. Wiseman's View is another good viewing location but it's a little harder to get to. It's located on a gravel road about 5 miles south of Linville Falls on State Road 1238.

When to go: The best time to see them is at night. More reports also happen right after it rains. Although the lights have been reported at all times of the year, most believe October and November to be the best times.

Sherry Jackson is a writer in Greenville, S.C., who specializes in interesting travel experiences. Visit www.dragonflyventures.com