Up, Up and Away - Carolina Country
Carolina Adventures
September 2022

Up, Up and Away

Despite my slight fear of heights, I've found ways to overcome it over the years on precarious hikes, ziplines, and on hang gliding and paragliding trips. But ballooning? Well, that intimidated me. No buckled straps, no helmets, and I wouldn’t be in control.

But the view of Iredell County spanning Pilot Mountain and Hanging Rock from about 1,000 feet up was worth the short bit of anxiety I felt as I held tightly to the wicker basket’s edge. The colors of the foothills below as the sun slowly set in the pale sky were breathtaking from my perch beneath the hot air balloon (called Pat O’Lantern), a grinning orange pumpkin floating above the fields outside of Statesville. 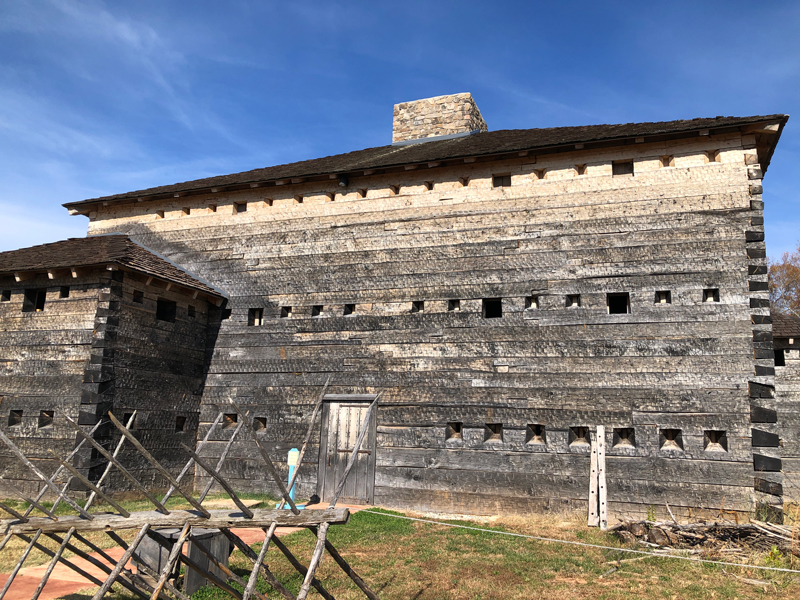 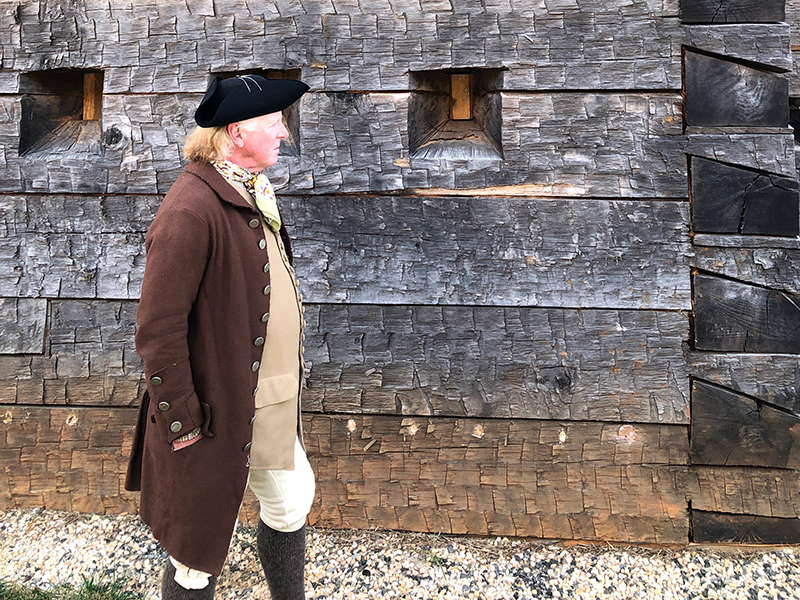 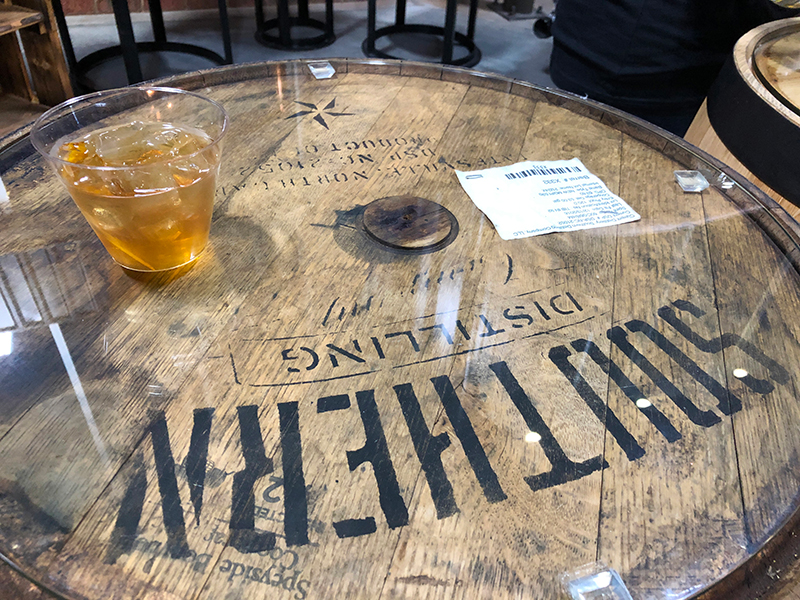 Statesville, located in the western Piedmont, has served as a crossroads for settlers and travelers for more than 250 years. Trading routes and wagon trails later became today’s I-77 and I-40 interchange.

In 1756, Fort Dobbs rose in a field of tall grass in Iredell County to defend western North Carolina and its settlers. The fort played a key role in the Anglo-Cherokee War in February 1760. Today, the Fort Dobbs Historic Site  stands again to offer visitors a glimpse of war and peace.

The settlers also brought distilling knowledge. By 1908, more than 400 distilleries were operating in the area, but various temperance movements and prohibition quieted the operations until just recently. One local distillery, Southern Distilling, showcases past and present distilling techniques to produce more than 24,000 barrels of spirits a year.

The town’s revitalized downtown district is also worth a prolonged visit, offering a plethora of local galleries, dining, breweries and shopping options. 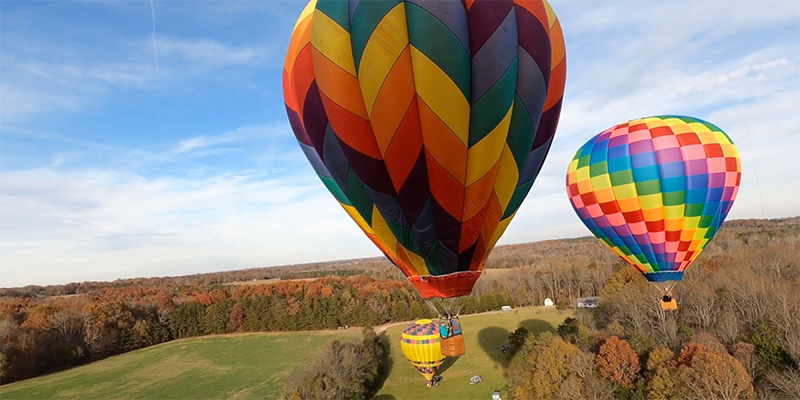 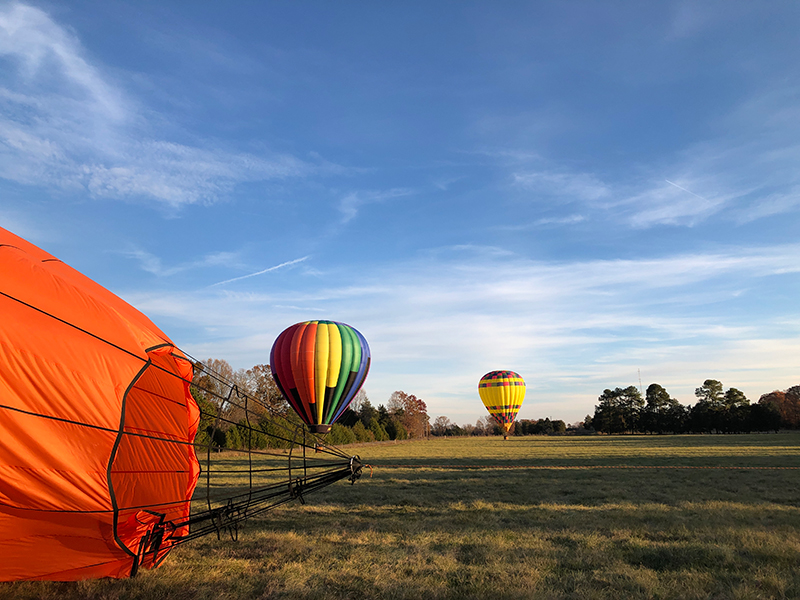 Statesville may be best known as the Balloon Capital of the East, where 20-plus balloon pilots call home, and flights can lift off 365 days a year — a tradition dating back to 1969 when the first rose from a local field. The annual Carolina BalloonFest , held this October 14–16, celebrates the area’s long-standing hot air tradition.

Just after sunrise and about two hours before sunset are ideal for flight due to the stable winds found during those times. My flight window began around 3 p.m., when 25 balloons started inflating outside of Statesville. It takes about 30 minutes to inflate the “envelope,” or balloon, using propane burners that heat the air to provide lift. One by one, pilots and passengers climbed into baskets and began the ascent under a multitude of colors and designs.

Pilot Patrick Grogan (Tree Top Flyer Ballooning, 704-450-4571) has been ballooning for more than 20 years. He owns the Pat O’Lantern and a neon, rainbow-swirled balloon named Neon Dreamz. A typical hour-long flight covers up to 15 miles while the balloon flies at various altitudes to catch the steering wind currents. It’s basically sailing, but in the air instead of on the sea.

As the flight was nearing its end, Pat and his chase team pinpointed possible landing sites among the farm fields and rural roads below. He describes it as an adult game of Leapfrog — once the balloon heads down, the team positions in front, then the balloon flies toward and over them, and the chase resumes to the next road or field fit for landing until we are finally on terra firma in a cow pasture.

After the flight, Pat and the other pilots continue a tradition that began in 1783 after the first successful hot air balloon flight in Paris: a champagne toast with pilot and passengers. Imagine, Pat quips, that peasants back then thought “the balloon was a demon because it spewed a foul odor and smoke.”

What would those peasants think today when sighting a colorful array of balloons floating across the countryside? Magic, I imagine.