Where in Carolina Country is This? 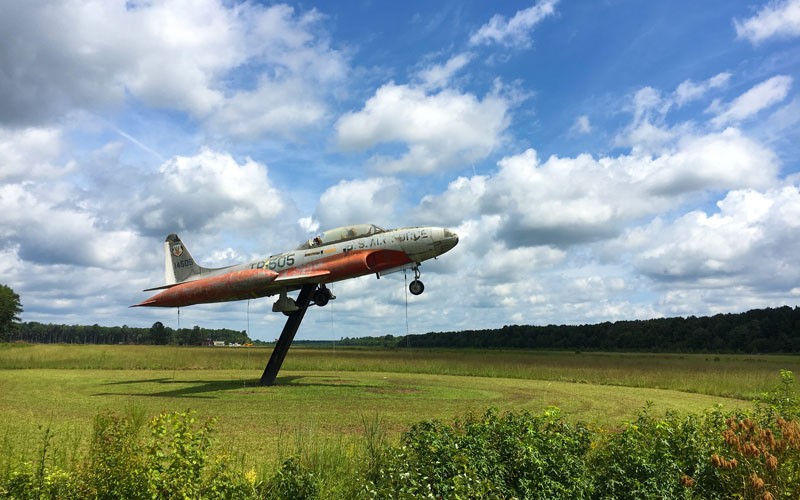 The October Where Is This photo by Warren Kessler features a U.S. Air Force T-33 Jet Fighter, located at the Tri-County Airport just outside of Ahoskie on NC Hwy 561 in Hertford County. One reader called it a “jet on a stick.” Many readers grew up around the airport and often wondered about the airplane. Reader Paula Watson said her grandmother always commented while driving by: “Look at that! If that pilot ever manages to land that plane, I’m gonna see if he will give me a ride in it, since I have never ridden in a plane!” Betty Futrell’s mother and father were frequent fliers at the airport. She reported that her mother, Virginia Futrell, made the shortest landing on Tri-County’s runway: “She came in for a landing just short of the beginning of the runway, bounced on the turf and landed right at the beginning of the paved runway.” Bill Plaster said his father trained in one of these jets before his tour in the Korean War. He then became a flight instructor in the T-33. The winning entry chosen at random from all correct submissions came from Linda Lindsay of Menola, a Roanoke Electric member.