This Huntersville-based business is a horticultural heavyweight 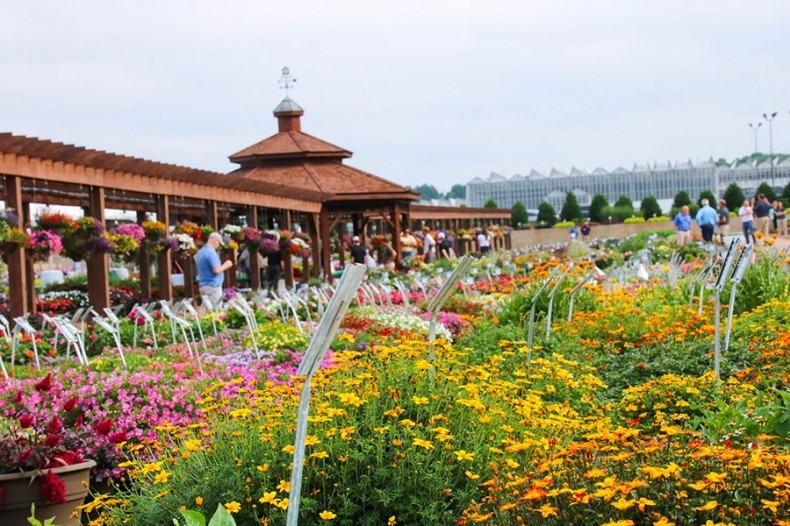 A Metrolina Greenhouses employee cradles a handful of tiny cuttings in her hand, each no bigger than a small grass blade, and gently tosses them to her partner, a robot with a large arm that receives signals from a camera as the cuttings bounce along a conveyor belt. 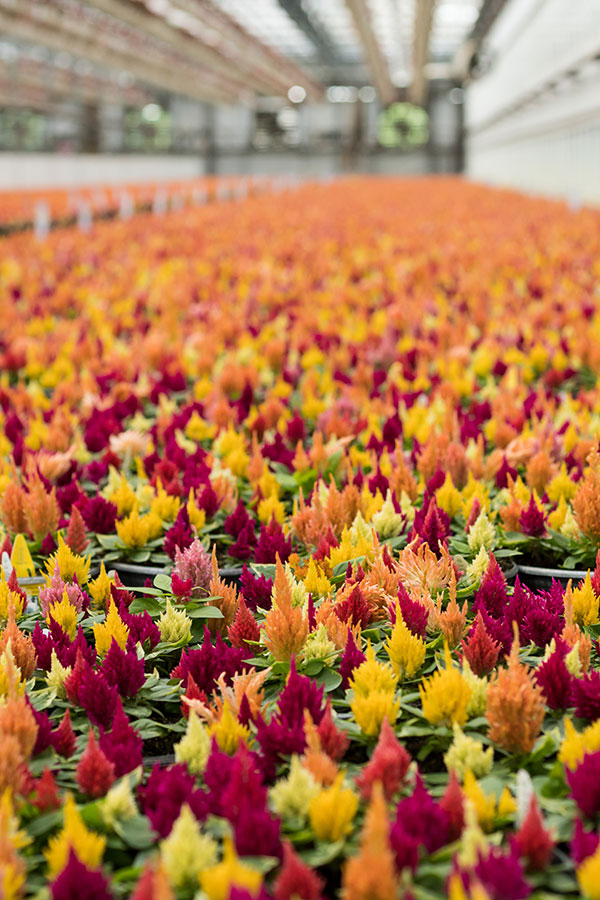 The automated arm moves with dexterity and speed, picking up a single tender cutting at a time and depositing each, root-end down, into a soil-filled tray. It’s quite a marvel to see the robot in action.

The cuttings will be moved to different sections or bays within the 170-acre Metrolina Greenhouses complex depending on their water and light requirements. The farm under glass — comprising greenhouses the size of five shopping malls — teems with millions of plants that are tended by 600 full-time employees (not to mention robot partners) and another 800 seasonal workers, many of whom are members of EnergyUnited, the Statesville-based electric cooperative.

As the plants grow, an explosion of color and beautiful blooms punctuate early spring days for any driver traveling down Huntersville Concord Road outside Huntersville. It’s hard to keep your eyes on the road as you steal glances to peer inside the windows of the greenhouses where an array of plants — lupines, daffodils, tulips, regal geraniums, groundcovers, ranunculus — will soon be headed to a garden center near you.

Whether it is robots and other technology or new ways to tag plants, Art and Abe VanWingerden, Metrolina Greenhouses’ co-CEOs, are keen on innovation. It’s a trait they say they learned from their Dad, Tom, who along with their Mom, Vickie, started the company with three acres of greenhouse space in 1972 after emigrating from the Netherlands the year before.

The brothers bought the business from their parents in 2007; Tom died in 2009. Their mom continues to be involved in the business and is known as the First Lady of Metrolina. Younger brothers Michael and Thomas, as well as other family members, are also involved.

“Dad would be enthralled by that,” Art says about the robots that stick 2,400 cuttings in the time it takes a person to stick 900. “Dad’s favorite saying was: ‘automate or stagnate.’ ”

Tom designed an automated transplanter that picks up as many as 60,000 plants per hour and places them in containers that will be sent to stores. The technology continues to be used industry-wide.

Every available space in the greenhouse is used. Look up, and rows of hanging baskets filled with plants are moving along on a mechanized overhead system inspired by an uncle’s ski trip and observation of the gondola lifts. The plants are moved to one central watering area, rather than requiring water over thousands of square feet.

Heating the massive complex, which is the largest, single-story heated building in the country, is accomplished by wood boilers that use recycled pallets and other biomass fuel. Water for the plants is collected from a series of ponds and goes through a water treatment system on site. All water that falls on the roof from rainfall and water that is used indoors goes back into a system to be recycled.

“When it rains an inch here we collect up to 5 million gallons of water,” explains Abe. “It is all self-sustained. We don’t use any city water.”

At the peak of the gardening season, as many as 178 tractor trailer loads of plants leave the Metrolina Greenhouses every day headed to nearly 1,600 big box stores — and ultimately to your landscape or that of your neighbors. They ship out a constant rotation of plants to a market area that spans a 600-mile radius that reaches as far north as New York, and for certain products as far south as Florida and as far west as Kansas City. It all amounts to about 70 million plants per year. The company also owns 257 acres of perennials in York, South Carolina. 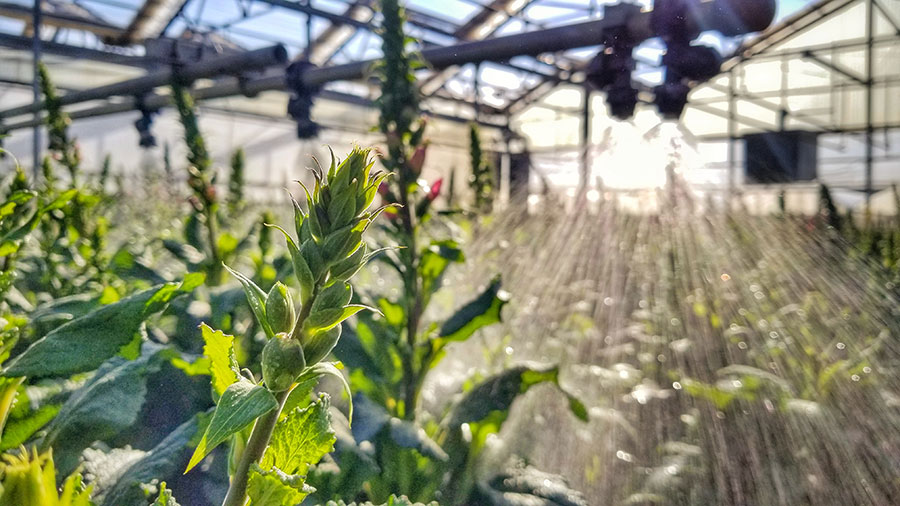 A visit to the Trial Gardens

The company invests heavily in research and development, which includes its own plant trials. As many as 1,000 different type plants may go through a three-year phase at any given time.

While Metrolina no longer hosts tours of the greenhouses, it does provide the public with a glimpse of its massive operation during its yearly Trial Gardens Open House, usually in early June. During the open house, visitors drive through the front entrance of the greenhouses to an impressive three acres of trial gardens showcasing as many as 7,000 plants.

“The trial gardens at Metrolina provide a unique opportunity for breeders, retailers, growers, industry professionals and consumers to learn about new varieties and compare new items with existing items,” says Mariah Holland, director of marketing. “It’s not a showcase garden; it is a performance garden.” 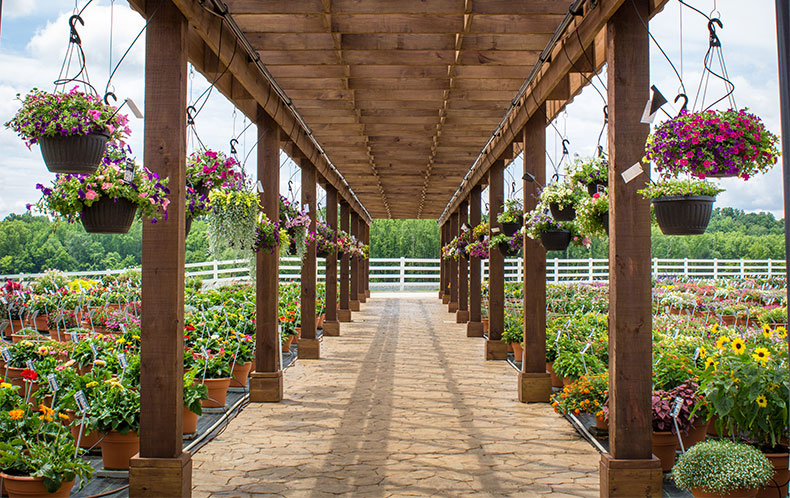 The company simulates conditions that are most like those the average consumer faces: limited irrigation, insects, diseases and drought, for example. “The ultimate goal is to select the best of the best for consumers,” adds Mariah.

Various plots within the gardens feature annuals or perennials that love shade or sun. There are sections of plants that are great for containers, plants that are suitable for rock gardens, and incredible ideas for plant combinations. A 500-foot-long stretch of pergola creates an enchanted walkway of hanging baskets bursting with colorful blooms, all competing for attention. Comparison trials last year focused on Echinacea, creeping phlox, garden phlox and veronica. This year will be a different selection of plants. 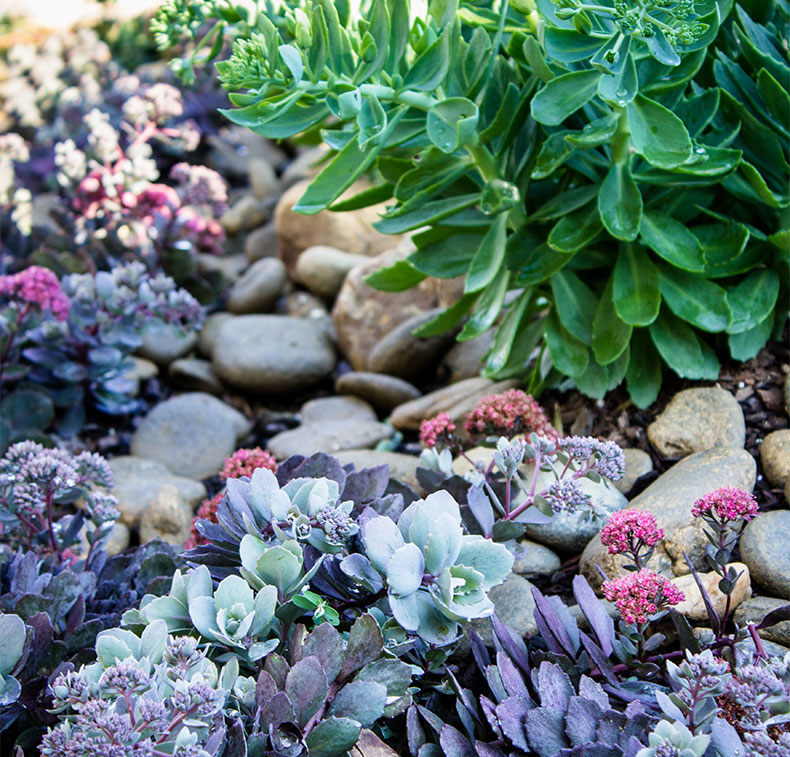 Plants that have stood the test of time and remain popular with consumers include impatiens, petunias, lantana, begonias and coleus.

“Some of the popular new plants are: a new variety of celosia (Dragon’s Breath); Sunfinity sunflowers that bloom continuously, which is unusual for sunflowers; new varieties of lupines; and an easy-to-grow alstroemeria,” says Abe.

While it’s a bit early to select favorites this season, Mariah explains that the pre-selections are based on performance. A few they are keeping their eyes on are Sunpatiens (impatiens that thrive even in high heat and humidity), Supercals (part petunia and part calibrachoa), Color Rush Petunias, and an up-and-coming lantana.