A traditionally urban concept is taking root in rural communities

By Tina Vasquez | Photos by Diana McCall unless otherwise indicated 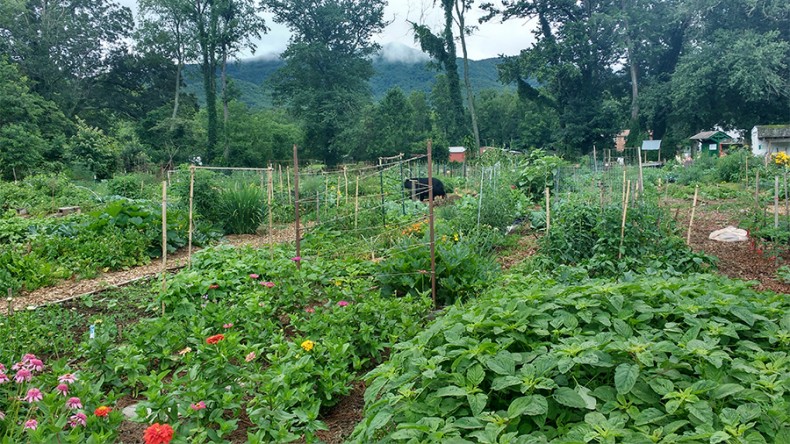 Currently, about 80 families utilize the Dr. John Wilson Community Garden. And the occational black bear that ambles through …

It is a heartbreaking irony that in many rural and farm communities — the same that grow crops to feed the nation — food scarcity is an overwhelming problem. Nationwide, 2.7 million rural households face hunger, according to the hunger relief organization Feeding America. 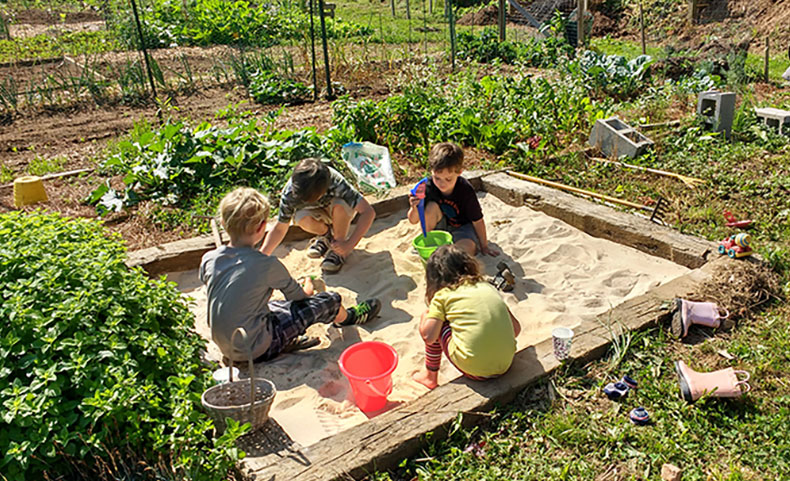 Does your community need its own garden? Read 10 Steps to Starting a Community Garden.

North Carolinians are by no means immune to this issue. Between 2010 and 2016, North Carolina has regularly ranked among the top 10 states with the highest percentage of citizens experiencing food shortages, according to Feeding the Carolinas.

“Food security is a concern that touches every corner of our state, including agricultural rural areas,” says Don Boekelheide, the former chair of North Carolina Community Garden Partners (NCCGP), a nearly 10-year-old nonprofit that serves as a network of gardeners and educators.

The statewide group recently partnered with the Rural Advancement Foundation International (RAFI), a Pittsboro-based organization that cultivates practices and policies that support family farms. For some of NCCGP’s board members, this new collaboration can be an important step in addressing food scarcity in rural North Carolina, but it will require rethinking community gardens. 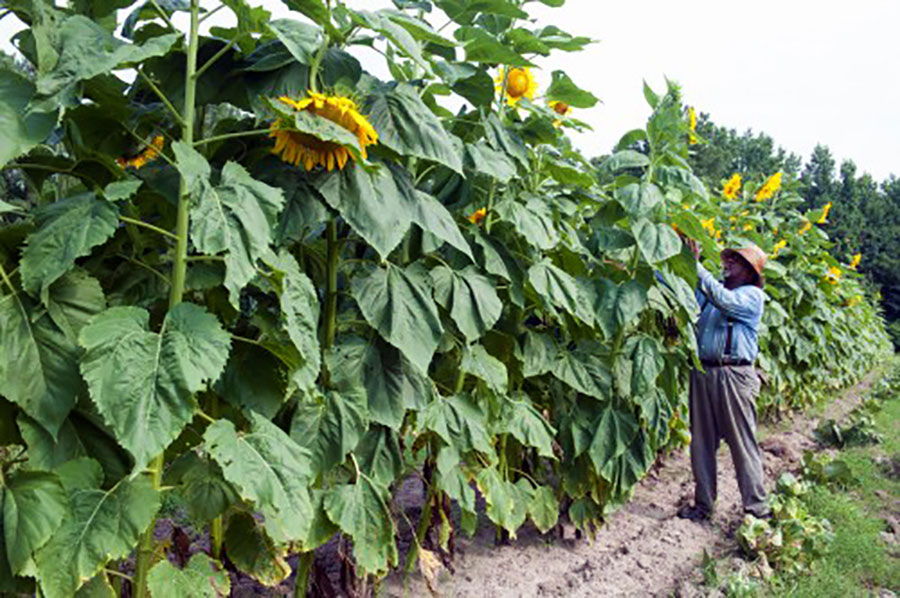 In the United States, community gardens are often discussed in the context of urban areas, where they function as an educational tool for children and a way to make fresh produce available to those who struggle with food scarcity. This is true in North Carolina, as well, where communities of color in areas like east Winston-Salem are pushing for the creation of “agrihoods,” turning vacant city lots into bountiful plots of fruits and vegetables to benefit surrounding neighborhoods. 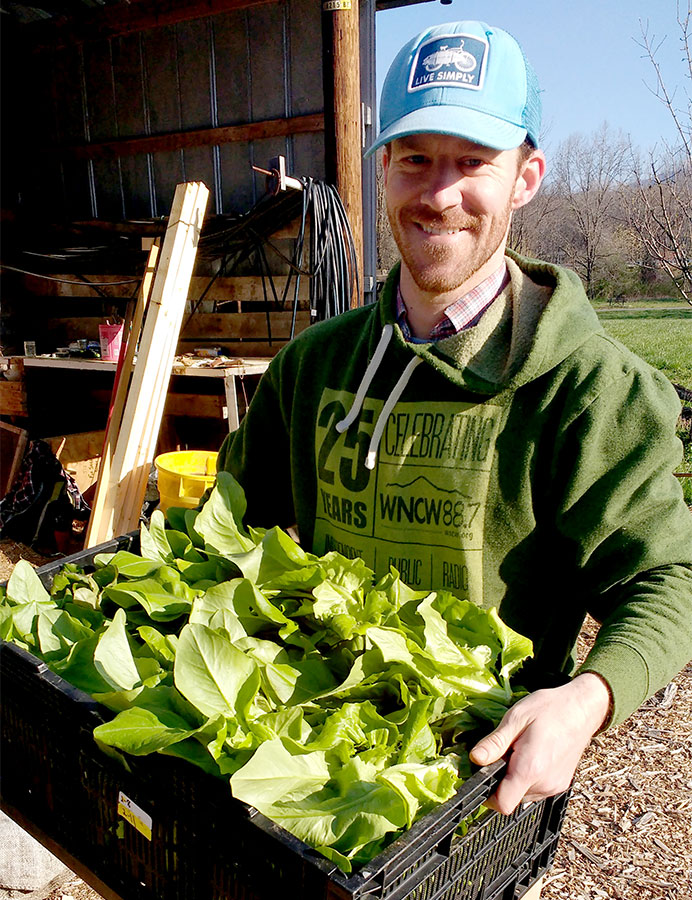 Boekelheide says this idea of community gardens being synonymous with cities likely dates back to these gardens’ origins — they first emerged during World War I as Liberty Gardens, and again during World War II as Victory Gardens.

“It was a group of active citizens cleaning up a vacant lot and replacing trash and junk with nutritious veggies and beautiful flowers,” he explains. “There’s still some truth to this idea, with large cities like New York and Philadelphia having vast networks of active gardens and gardeners.”

NCCGP became a project of RAFI in early 2017, and the network is still working to find its footing and focus, with leadership in flux and questions remaining about how best to engage rural communities around community gardening. 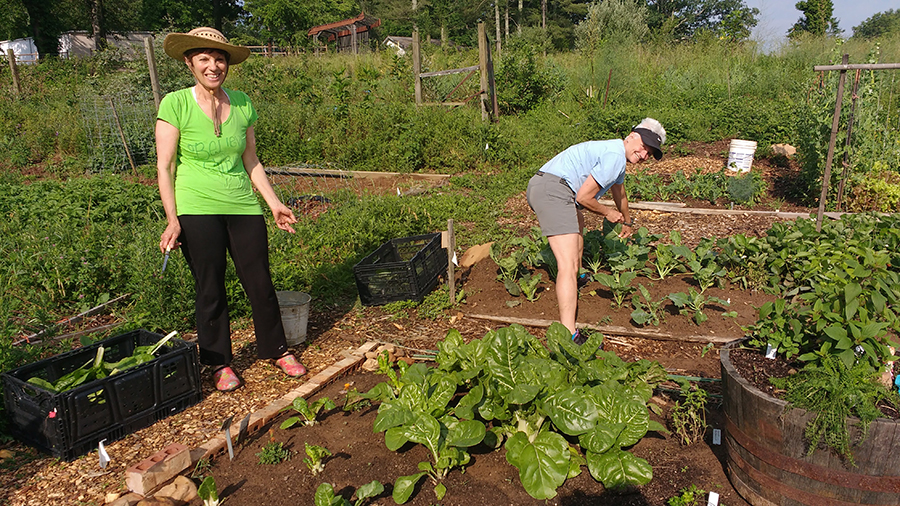 Phyllis Malcolm and and Kip Pritchard harvest from plots earmarked for donation.

This is something Diana Schmitt McCall says she thinks about a lot. McCall is the director of the Dr. John Wilson Community Garden in Black Mountain, one of 249 community gardens registered for free with NCCGP.

The town of Black Mountain has effectively given McCall creative autonomy, but all of her efforts are informed by the garden’s founder, Dr. John Wilson, and his guiding mission: Everything the garden does must provide a place for people in the community to learn about food and not just grow food, but grow enough food to share.

Currently, about 80 families utilize the garden to grow food, with 10 percent of each of their plots earmarked for donations. McCall also oversees two donation programs that last year resulted in the donation of 4,000 pounds of food.

The benefits of being in the NCCGP are clear for gardeners who are working in relative isolation, according to McCall. It can shorten the learning curve enormously, she says, allowing those new to community gardening to learn from others’ mistakes instead of making their own. But NCCGP’s new partnership with RAFI has McCall rethinking whether the traditional idea of a community garden is the right model for rural North Carolina. 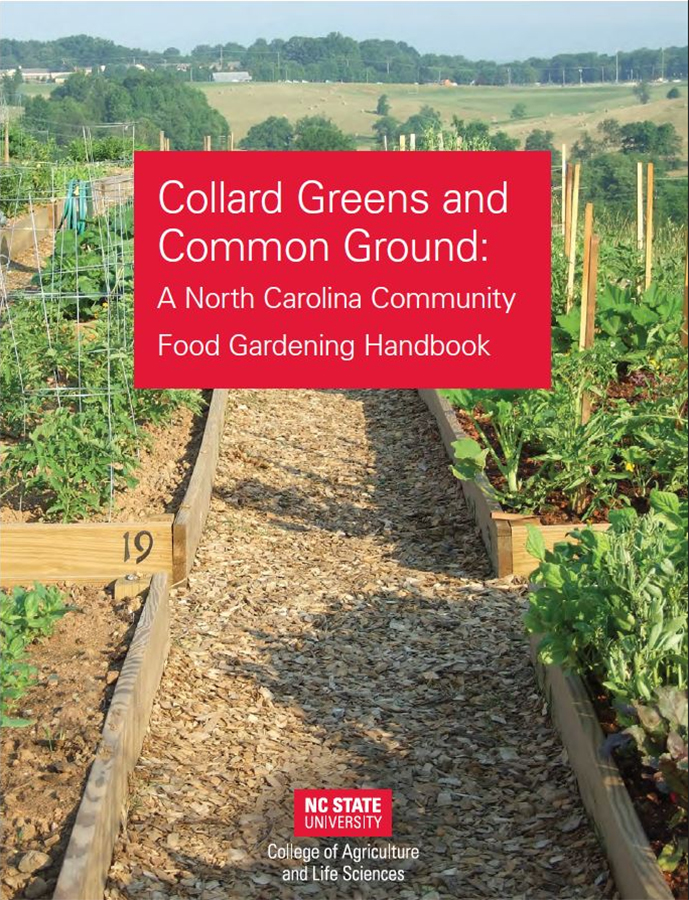 McCall grew up on 50 acres in a rural area, and her family, like many in rural North Carolina, primarily interacted with people who attended her church. While she is hesitant to “speak boldly” on rural communities without a broader understanding of their individual needs, she could see how creating a secular community garden in a rural area may not make a lot of sense.

“Rural areas in North Carolina have churches, and churches have land. So moving forward, what makes sense to me is partnering with churches,” McCall said. “Rural areas also have a great deal of food insecurity. If a church could not only provide community to its congregation, but food as well, it’s a win-win for everyone.”

Some of the community gardens in NCCGP’s network are faith-based, including the Bricks Healthy Lifestyles Garden in Whitakers, which has over seven acres allotted for the growth of food to provide free fresh fruits and vegetables to those in need.

There’s also the Friendship UMC Community Garden in Cleveland County, which grows vegetables for those in the congregation and “neighbors in need.”

If you’re interested in starting a community garden — whether you’re in a major city or a rural community — McCall advises consulting with the American Community Garden Association’s guidelines, which provide helpful tips for getting started (communitygarden.org). Those in rural areas also can be on the lookout for NCCGP educational opportunities in their area (nccgp.org/events), including workshops, events and community garden celebrations.

The Dr. John Wilson Community Garden in Black Mountain is a member of Gardens That Give WNC, a regional association of philanthropic gardens that grow food for donation. Source: Nick Iway