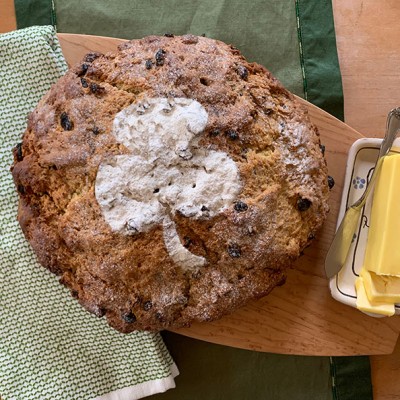 Though most commonly attributed to Ireland, American Indians were the first people to use pearl-ash (baking soda’s predecessor) to leaven their bread. The Irish version appeared in the late 1830s, when baking soda first appeared in the United Kingdom. Ireland’s financial strife at the time also led to its creation, as it used so few ingredients. A cross marked on the top of the bread was thought to ward off evil and protect the household. This untraditional version (above) is known as “Spotted Dog” thanks to the raisins.