Test your skills with these unusual sports being played in N.C. 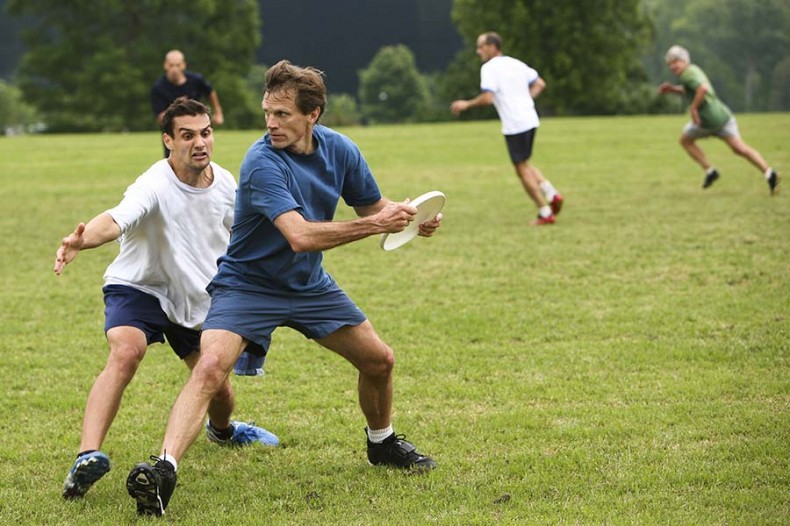 A popular trend in recreation sports these days is to take an old activity and put a new spin on it.

Throughout North Carolina, people are playing golf with soccer balls and Frisbee-like discs. They’re spinning those same discs across goal lines in a non-contact version of football. They’re even morphing tennis and badminton into a sport named for a preserved vegetable.

For those of you busy focusing on other things, you might be surprised by the growing popularity of these four trendy versions of traditional American sporting endeavors. 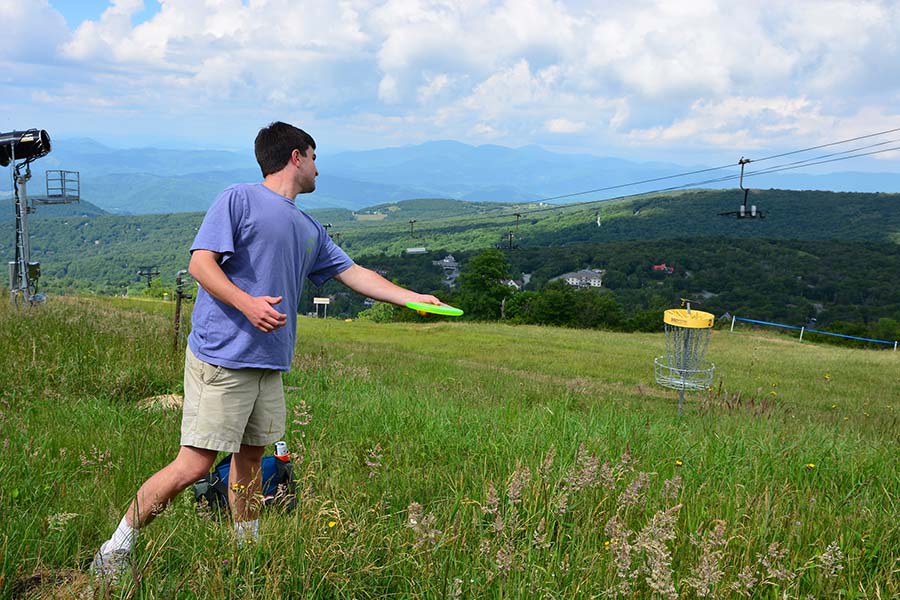 Although it could be said its history dates back as long as people have been throwing discs at targets, the sport of disc golf as we know it today dates to 1960s California when a man named George Sappenfield envisioned a new activity. As recreation supervisor for the city of Thousand Oaks, Sappenfield created a sport in which kids used the ubiquitous flying discs known as Frisbees to hit a series of targets in the fewest number of throws.

The simplicity of the sport took hold and evolved over the years into disc golf. Nowadays, the “holes” are round wire chain baskets attached to poles and discs are manufactured in a variety of sizes and weights. Serious competitors use multiple discs when they play courses which, like golf layouts, generally have nine or 18 holes.

There are more than 200 disc golf courses in North Carolina ranging from Wilmington and Williamston down east to Cullowhee and Fontana Village out west. Folks play on Goat Island in the middle of the South Fork River near Cramerton and ride the chairlift to a disc course on the ski slopes of Beech Mountain.

And as for that California dude who popularized the game way back when? He’s now North Carolina’s own Dr. George Sappenfield, vice president of corporate & continuing education at Surry Community College in Dobson. 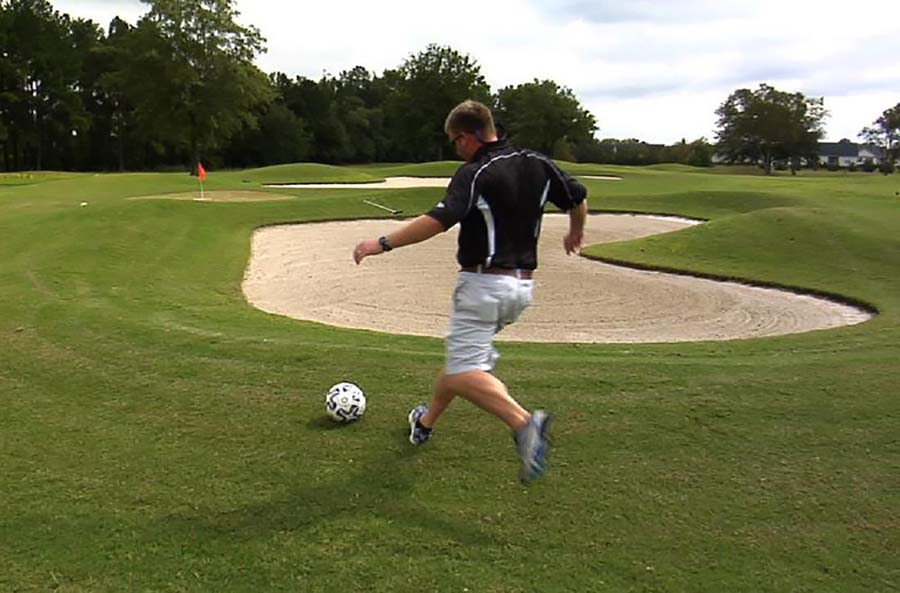 Footgolf (photo by City of Greenville)

Another variation of golf is footgolf, where people use their feet to boot soccer balls into enlarged holes that are 21 inches in diameter. Footgolf’s origins are fuzzy, but the first official rules and tournament can be traced to 2009 in the Netherlands. The United States Footgolf Association was founded in 2014.

In North Carolina, most footgolf courses are located on traditional golf courses. Greens are set up along the edges of regular fairways. One of the more well-known courses to embrace footgolf is Keith Hills Golf Club in Buies Creek. The club, owned by Campbell University, has an 18-hole course on nine holes of the regular golf course. It takes about two hours to play 18 holes, about the same length of time it takes to play nine holes of traditional golf.

“They make a tee time just like regular golfers,” says Zach Stuart, a golf shop assistant at Keith Hills. “It’s just something different for folks to enjoy. We have a lot of families who come out and do it. A lot of the students from the university play as well.” 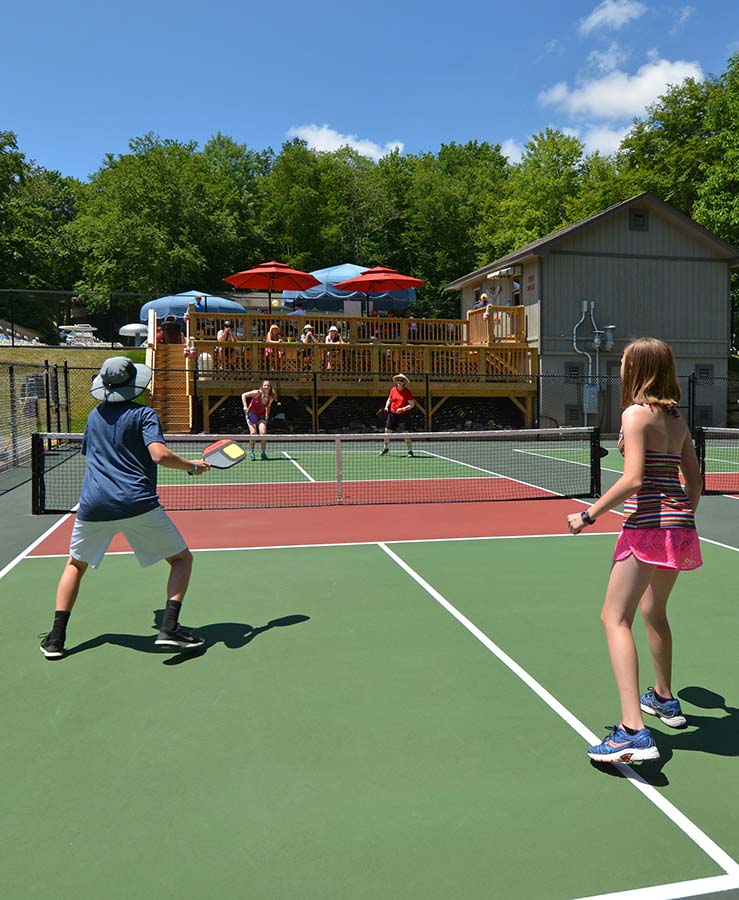 Like disc golf, pickleball’s beginnings can be traced to the West Coast in the 1960s, but its popularity surged in the new millennium. According to the USA Pickleball Association, there were 39 places to play in North American in 2003. By 2016, that number jumped to 4,000.

Pickleball combines elements of tennis and badminton on a much smaller court than traditional tennis courts. Players use solid wooden paddles and a perforated ball similar to a Whiffle ball.

One North Carolina pickleball hot spot is the Beech Mountain Club in the mile-high town of Beech Mountain. A club member encountered the sport in Florida in 2012 and convinced the club to give it a try. A temporary court was constructed in 2013 before the club built a state-of-the-art pickleball facility with three courts in 2014. It proved so popular that two more courts will open this May.

“Pickleball is a game that can be played and enjoyed by anyone of any skill level. And we have found that it is one of the most ‘social’ sports we’ve ever seen,” says the club’s assistant general manager Matt La Vigne. “The response in the first few years has definitely exceeded expectations.” 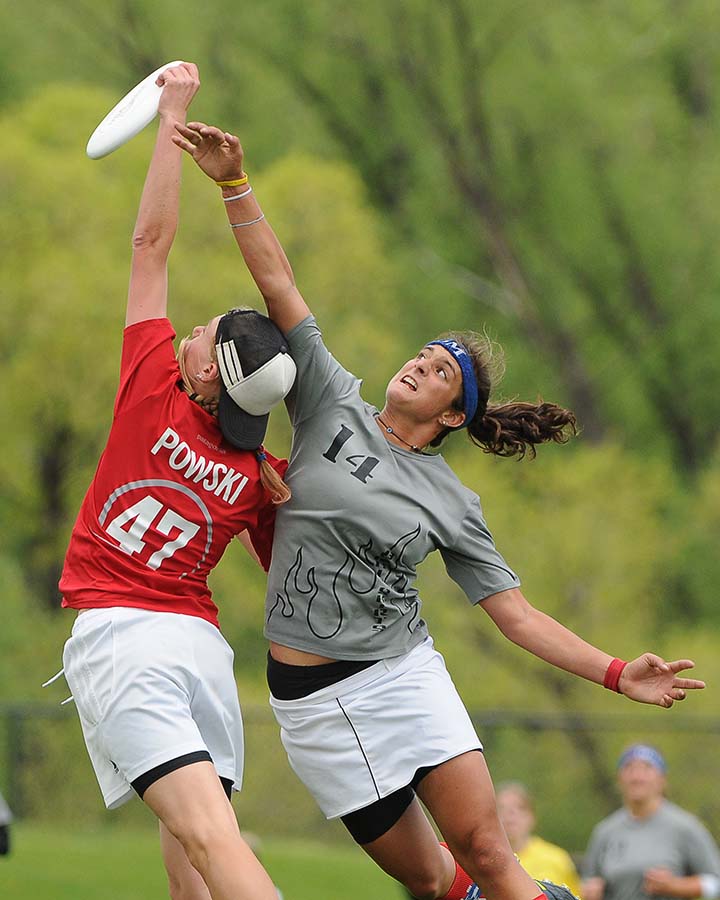 Another social game taking hold in the state is ultimate. This non-contact sport is played with discs and incorporates many concepts of football. Seven-person teams compete on 70-yard fields with end zones. Teams score when they get the disc into the other team’s end zone by completing a series of passes. An incomplete pass or interception results in a change of possession.

There are a variety of ways to participate in ultimate, from casual pick-up games among friends to social leagues available in larger urban areas. And if fierce competition is the ultimate goal, Triangle-based North Carolina Ultimate conducts championships for high school teams, college teams and club squads.