Ghosts in North Carolina: They are part of our nature - Carolina Country
Feature Story
October 2008

Ghosts in North Carolina: They are part of our nature

Just about every community across the state has a stretch of railroad tracks haunted by a train accident victim carrying a lantern, looking for his head.

By By J. Eric Eckarda 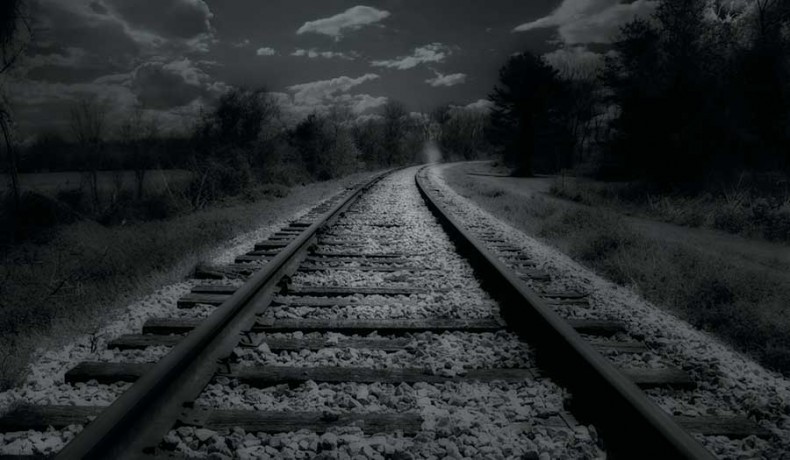 Four years ago, Tim Wooten moved into a new house in Cary, and within two weeks, the “sightings” started. A year later, he and his wife moved out.

Apparitions of cats, dogs and a little girl, along with mysterious footsteps turned their dream home into a yearlong nightmare. The capper: Wooten decided to call out the ghosts. He yelled for the spirits to show him a sign. Later that day, an upstairs leaky toilet sent a water stream down the stairs, across a landing and around a couch.

“Nothing was ruined,” he said. “I think they did it just to show me. The next two nights, we stayed in the Red Roof Inn.”

Wooten’s fascination with the paranormal started with his oldest son, who picked up the ghost bug at an early age. But experiences in his house, as well as the growing popularity of television shows like “Ghost Hunters” and “Paranormal State,” have turned him into a bonafide ghost hunter. Mostly, he freelances, but he’s also been checking out some of the newer ghost hunting groups in North Carolina.

And Wooten isn’t alone. Thanks in part to Jason Hawes and Grant Wilson, a pair of plumbers turned paranormal investigators on television, traipsing through haunted houses and old cemeteries has become more mainstream and publicly accepted.

“A lot of groups are popping up,” said Steve Barrell, a Durham man who’s been on seven investigations since March when he decided to rekindle a connection with the spirit world that had been dormant for years.

“If you bring up (ghosts) in conversation today, people are much more comfortable talking about it,” said Deborah Donati, a Clayton woman who’s part of the Raleigh- Durham Ghost Trackers. “Some are curious and interested, and some are even enthusiastic. In years past, just having that conversation was chancy.”

George Matthis, who incorporated the National Society of Paranormal Investigation and Research in Raleigh in 2007, said the key to acceptance has been the merger between science and the spirit world in investigations.

“There has to be a balance between the two,” said Matthis, whose first paranormal investigation was years ago when he helped out on his daughter’s science fair project. (She won second place.)

Since then, like so many other ghost hunters, Matthis has been to Fort Fisher on the coast (haunted by a confederate general) and the U.S.S. North Carolina, the World War II battleship on display in Wilmington.

“We’ve heard some pretty remarkable things at the battleship,” Matthis said, referring to hearing music at about 3 a.m. aboard the ship while conducting EVP (electronic voice phenomena) research. “That caused the hair to stand up on my arm.”

Barrell, who also visited the ship recently for his first investigation, said the number of battles the crew experienced created an enormous amount of energy. “I jumped out of my skin on the battleship,” he said.

An Internet search of ghosts in North Carolina shows long lists of what most active ghost hunters call myths and legends, such as the Greensboro Hitchhiker, Brown Mountain Lights and Devil’s Tramping Ground. And just about every community across the state has a stretch of railroad tracks haunted by a train accident victim carrying a lantern, looking for his head.

But those lists also include sites like the Grove Park Inn in Asheville, where the lady in pink wanders the halls, and the Winds Resort Beach Club in Ocean Isle Beach, which is reportedly haunted by a former guest who died in one of the cottages.

Both resorts shy away from any haunted publicity, unlike the battleship, Mordecai House in Raleigh and the Bentonville Battlefield, which some say is the most haunted place in North Carolina.

“Some hotel and restaurant owners might have some trepidation for fear it will cut down on their clientele,” Donati said. “But some see it as a way to publicize their site.”

And that draws mixed reactions from some ghost hunters.

“I don’t believe in ghost tourism. I think someone trying to get help should not be gawked at,” Barrell said. “Ghosts are people, too, but they’re not supposed to be here.

But while I want to help the spirits, I get a certain satisfaction in gathering evidence that there is something on the other side. They’re everywhere. It’s just part of nature we don’t understand.”

J. Eric Eckard is a freelance writer who lives in Rocky Mount.