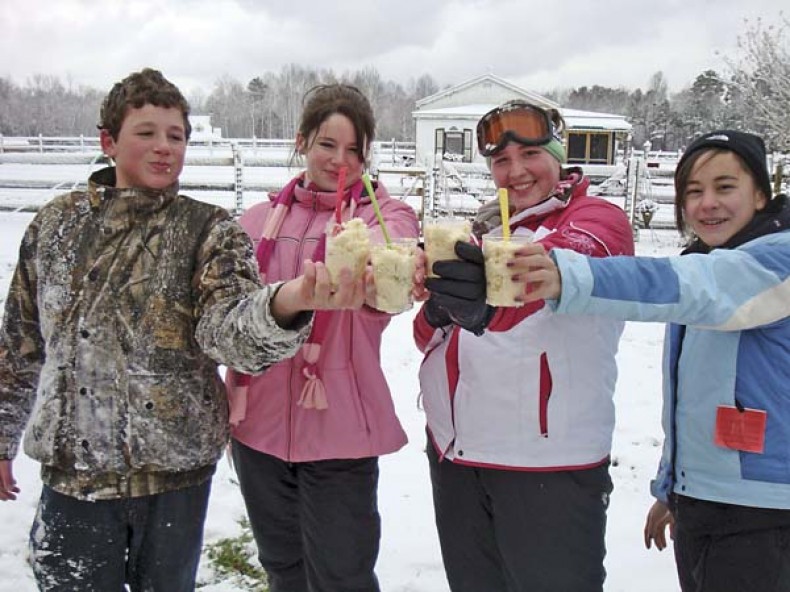 As a little girl, I have fond memories of my Mama, the "non-cook,"stirring up batches of this winter treat. Mama would not let us make snow cream with the first snow of the year, because she always said that was dirty snow that had "cleaned the air." Of course I think that's as silly now as I did way back then, but Mama knew best.

My recipe isn't far from what Mama made, but she mostly used just canned milk. Having learned over time that condensed milk makes everything better, I started adding that to my snow cream along with the canned evaporated milk. If I happen to have some Half & Half at the time of snow, I'll use that instead of canned milk.

I hope you enjoy this as much as I do. And although I don't really love the snow as I did as a child, I do enjoy a good snowfall every season, just so I can make some snow cream! 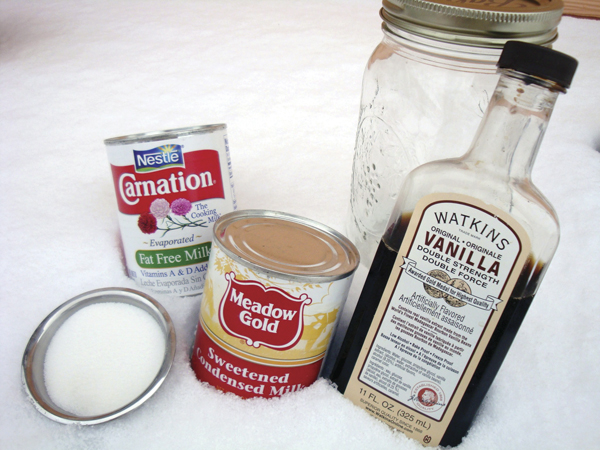 Make this nectar in a jar so you can make just small batches of snow cream at a time. Keep the jar out in the snow until you need another cup.