By By Daniel M. Walker 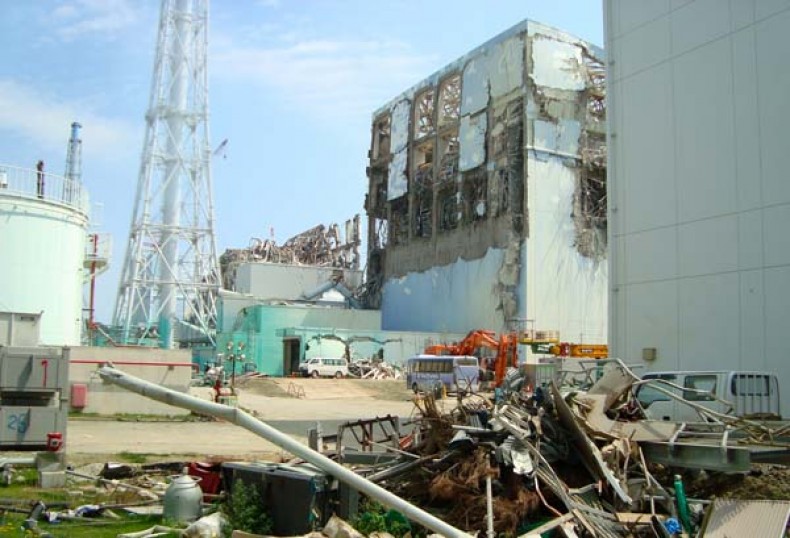 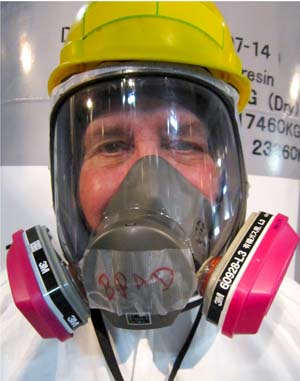 Brad Tillery suited up for duty.

Under extreme conditions, a North Carolina engineer and his team set up a system for treating highly radioactive water after the 2011 earthquake and tsunami

On March 11, 2011, the world watched in horror and disbelief as an 8.9 magnitude earthquake and ensuing tsunami crushed the northeast coastal region of Japan. The tsunami and its wall of water almost 50 feet high was the largest in the recorded history of Japan.

The Fukushima nuclear plant, located the coast, had already been damaged by the earthquake and would take a direct hit from the tsunami. The plant's pipes, which carry coolant and regulate the heat of the reactors, are the veins and arteries of a nuclear power plant — like blood flowing to and from the human heart. If these pipes burst and pumps cannot get power, then the coolants are unable to reach vital components, causing a heart attack, or in nuclear terms, a meltdown. The unfolding saga at Fukushima would focus the attention of the world to a chain reaction of events that threatened significant environmental destruction.

As with many world events, their tentacles often reach into our own backyards and affect our own lives and those of our neighbors. This would be the case for Brad Tillery, a Brunswick EMC member who lives near Leland. Brad was a member of a small team of engineers who travelled to Japan to work onsite to deliver solutions to this pending environmental crisis.

Three of six Fukushima nuclear reactors were generating electricity when the earthquake first hit Japan. As is standard practice, the reactors immediately started to shutdown and the cooling process was initiated. For the first hour, emergency diesel generators provided power to deliver the necessary water to control reactor cool-down. However, when the wall of water hit the power plant it flooded the diesel generators, causing them to fail. When the diesel generators failed, the unit switched to batteries for reactor cooling. This system was designed to last eight hours, which it did. Once the batteries were exhausted, temperature in the reactors was reported to reach over 1,200 degrees F., and officials started talking about the possibility of core meltdowns. At this point, a decision was made to start pumping seawater over the reactors. While the raw seawater helped to control the core heating issues, it would result in millions of gallons of contaminated water and no viable place to store it. Fukushima officials knew that without a quick solution to clean the contaminated water, they would have no choice but to release it back into the ocean, creating an environmental disaster. 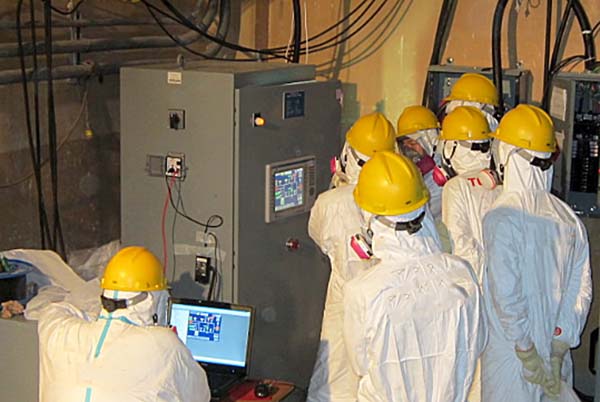 Brad Tillery is at the keyboard as the team monitors operation of the recovery process.

"This is where we came into the picture," Brad explained. "I work for a very smart guy, Tracy Barker, who is known around the world for his expertise in nuclear water chemistry." (Brad and Tracy work for AVANTech, which is an engineering and manufacturing company headquartered in Columbia, S.C., offering comprehensive water solutions for industrial and nuclear power applications.) "Tracy knew that we had what it took to design and build a system to solve the Fukushima problem."

Just two days after being contacted, Jim Braun, AVANTech's president, and Tracy Barker, vice president, presented a plan to Tokyo Electric Power Company, the operators of Fukushima. By May 1, AVANTech had a mandate to design, fabricate, test and deliver a system to remove highly radioactive cesium from the millions of gallons of contaminated water at the crippled Fukushima nuclear plant. AVANTech, under contract with Shaw Global Services and in conjunction with Toshiba, supplier of two of the reactors, would also provide the personnel to support mobilization, installation and start-up assistance.

"Given the extremely critical nature of the assignment there was no room for either delay or failure," Brad said. "Everyone at AVANTech was totally committed to take whatever steps were necessary to provide a workable system on an extremely expedited schedule."

Under normal circumstances, AVANTech would design such a system over seven to eight months. "However," Brad said, "the impending crisis in Japan required us to design, build, test and install the recovery vessels in just a matter of weeks."

By July 4, Brad's team had the fabricated system, which is referred to as the Simplified Active Water Retrieval and Recovery System (SARRY), ready to load on a Boeing 747 waiting at Atlanta Hartsfield Airport with a one-way ticket to Japan.

As the control and software engineer in the small team of highly skilled engineers, Brad would spend the next nine weeks in Japan working at the crippled Fukushima nuclear plant installing and starting up the system.

Prepared for the unknown

A native of Wilmington who earned his electrical engineering degree from N.C. State University, Brad spent his career in the industrial control and software area. "It was like all my training and skills were now focused on this one project, and I was ready!"

When going into a situation like this, Brad explained, "you really have no way to anticipate what challenges you will have to face and deal with as I had learned from a recent assignment in Pakistan. One of the first things that created some concern was the continued presence of after-shocks and earth tremors, especially since we were staying in a seven-story hotel. The higher up you were in the hotel, the greater the ride!" 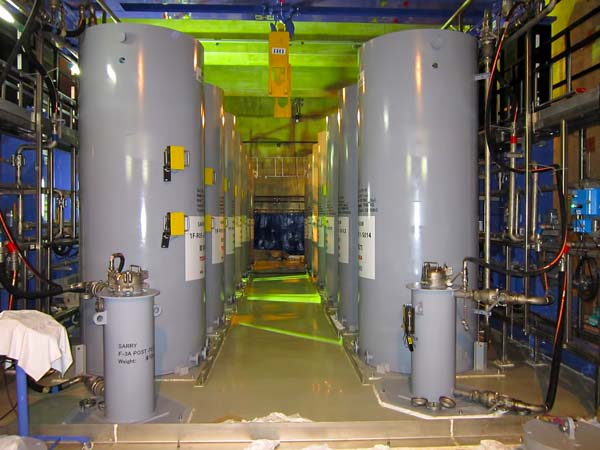 In a matter of weeks, the American team designed, built, tested and installed recovery vessels to treat contaminated water.

Another routine event that required some getting used to was all the protective clothing they wore in the radioactive environment. "What made the work effort extremely uncomfortable," Brad said, "was the temperature and humidity that built up inside the protective suits. I would dread when they taped the mask in place, because after that time it was impossible to even scratch your nose as the sweat rolled down your face."

Brad and the AVANTech team stayed in a hotel about an hour and half away from Fukushima, requiring them to board a bus about 5 a.m. each day. The workdays were as long as 36 hours on several occasions and often stressful. "Our nightly relief and entertainment was finding a place to have dinner," Brad remembered. "Since very few of the residents spoke English, we tried to select restaurants that had pictures on their menus so we could try to understand our options. On one occasion, we thought beef would be a safe bet. When the waitress came to take our order, we made sounds like a cow and rubbed our stomachs. As it turned out, we were served cow stomach, so I think something was lost in translation."

Brad remains very positive about the future of nuclear energy. "The nuclear industry has changed so much since 1986 and the Chernobyl accident in Russia. The technology is more advanced and there are more resources available to address problems if they occur. In addition, the world is more transparent today than at the time of Chernobyl. The Russians would never have reached out to the world to help manage their problem like the Japanese did. You also have to keep in mind that the back-up systems at Fukushima did work as designed. What was not anticipated was the catastrophic nature and sheer size of the tsunami that hit Fukushima."

Even with this momentous event, there were experts available like AVANTech, who could mobilize quickly to bring a successful solution to the table. While the Fukushima plant is not expected to re-open, the AVANTech SARRY system is still in place today. Since the August 2011 start-up, the system has treated over 17 million gallons of highly contaminated water and averted an environmental disaster due in part to skilled individuals such as Brad Tillery.

Daniel M. Walker retired as vice president of accounting and finance with Old Dominion Electric Cooperative. He is a member of Brunswick EMC.