Bringing Life to ‘The Carolina Kid’

Watch Wesley and Mark, of National Graphics Installations, installing the iconic flames on The Carolina Kid.

In the summer of 1974, teenager Wesley Furr settled in one evening at his parent’s home in Concord to watch the ABC Movie of the Week. The opening scene of “The California Kid” with stars Martin Sheen, Vic Morrow, Michelle Phillips, and Nick Nolte created high drama and tension. But it was the car, for which the movie was named, that most captured Wesley’s attention.

In the distance the car is headed toward the viewer. It is moving slowly through a town, the driver attempting to get the sheriff’s attention. The car, a 1934 Ford 3-window coupe hot rod, not only captured the sheriff’s attention, it drove straight into Wesley’s psyche and parked there for the next 45 years. 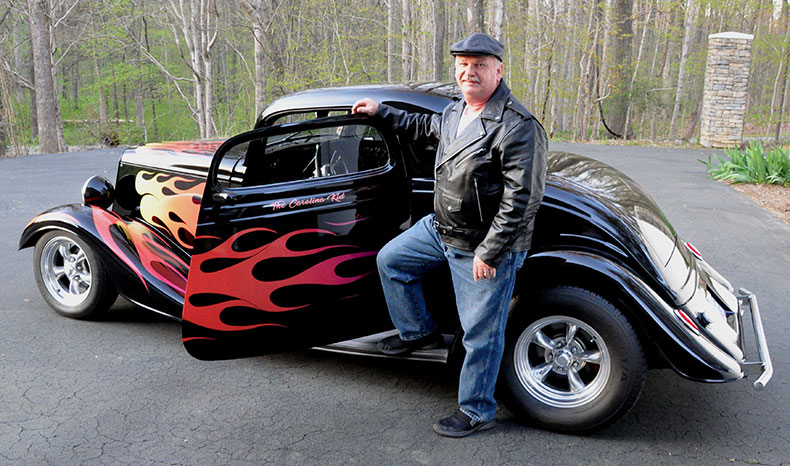 “The black car, red flames, the chrome coming right at you, very slow; it was the most important thing in the whole movie,” says Wesley. “I just kept watching scenes to see that car.”

It sent Wesley on a quest that, while started when he was a teen and then set aside, resumed a couple of years ago. It ended up becoming a project extraordinaire for this Union Power Cooperative member during the past year’s pandemic. It also brought many people and things in Wesley’s life full circle, giving him a satisfying sense of accomplishment and nostalgia.

Despite rebuilding a 1936 Ford as a teen with the help of his cousin, Tommy Carter, and even winning car shows with it, Wesley sold the car because it wasn’t the car of his dreams.

As Wesley re-watched the movie in 2019, he lamented to his wife, Donna, that he hadn’t pursued obtaining the 1934 Ford. With her encouragement, he set out to find one. When he secured the winning bid on e-Bay for one in California, he considered it a good omen. He had the car transported to his home in Concord. 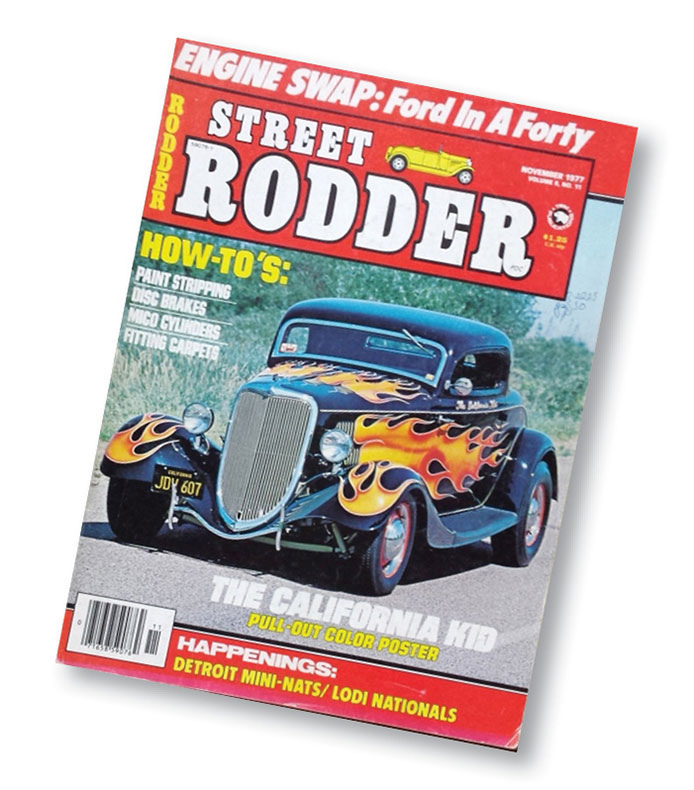 “When I saw the car rolling off the transporter, I thought: California to Carolina. This car should be The Carolina Kid,” says Wesley.

While Wesley had not done the mechanical work on his earlier car, that didn’t dissuade him. He turned to YouTube and studied video after video on every aspect, be it mechanical issues such as re-wiring most of the car, or designing side hoods to cover an exposed engine and provide the siding on which to apply those eye-catching flames. He also figured out how to disassemble the engine to paint it a color to match a black and red car, and then reassembled it so that it would run.

“Each step takes months when you have to educate yourself before attempting to do the work you know very little about,” he explains.

When it came to redoing the inside of the car, Wesley couldn’t help but think of his dad, Bobby Furr, who had owned an upholstery business.

“It gave me a good feeling to use his old tools to upholster the car, remembering him upholstering my ‘36 Ford 45 years ago,” he says.

Wesley even tracked down the owner of The California Kid to seek permission to copy the flames for what would become “The Carolina Kid.” 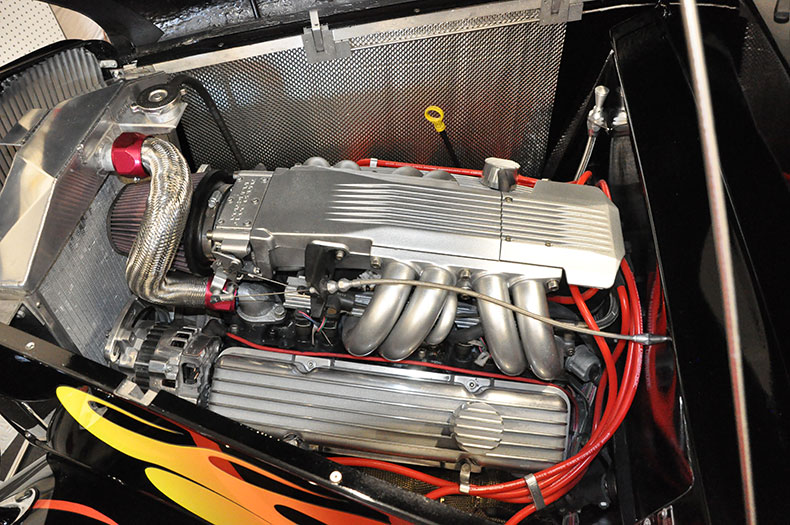 “He not only said yes, but had his son photograph the flames for me.”

“When he put the name ‘The Carolina Kid’ on the door of the car, I was as happy as a kid with a birthday cake,” Wesley says. “And it only took 45 years to get there.”

The person who helped Wesley find his first car — the 1936 Ford — was Jimmy Morrison, who was working in his Dad’s body shop that specialized in restoring old cars. Today, Jimmy owns Morrison Motor Car Museum, formerly Backing Up Classics Motor Car Museum. Located near the Charlotte Motor Speedway, the museum features more than 50 vehicles from the 1920s to present day, including rare and unique street cars and classic cars. There’s also plenty of NASCAR memorabilia, including a gift shop. Displays and cars change regularly. Who knows, perhaps The Carolina Kid will make an appearance.