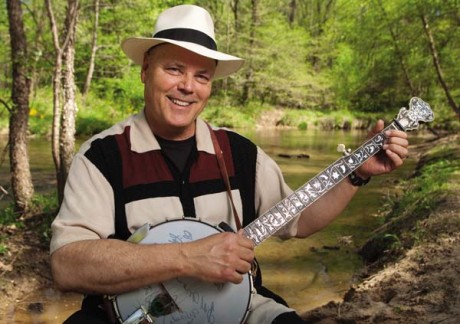 About: David Holt graduated from the University of California at Santa Barbara with degrees in biology and art. But he always loved music and moved to the western North Carolina mountains for its old-time tunes and folk culture. Holt also has a degree in education and founded the Appalachian Music Program at Warren Wilson College in Swannanoa in 1975. Since 1981, he has pursued a full-time career in entertainment, telling and singing stories and ballads while spiritedly playing the banjo, slide guitar, harmonica, bones and spoons. He even teaches audiences how to play a paper bag. The four-time Grammy winner has numerous recordings of funny, southern folktales and traditional music. He hosts the TV show "Folkways" on UNV-TV and has performed in South America, Thailand and Africa as a musical ambassador for the U.S. State Department.

Now: Holt continues to tour, whether solo or with other performers. Married for more than 35 years, he and his wife, Ginny, live near Asheville. In June, he will be inducted in the Blue Ridge Music Hall of Fame.