His handiwork - Carolina Country
Where Life Takes Us
April 2015 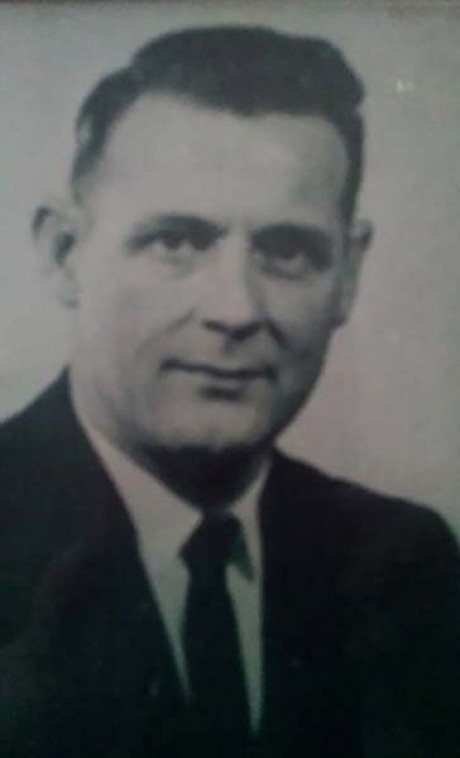 My dad in his Sunday suit.

My dad, Thomas Alfred Lackey, had only a sixth-grade education. He drove a truck for a living. But he could tackle just about any task he wanted to. He was called “grease monkey,” because of his love for fixing almost anything on an automobile, and no matter what he used to clean his hands they were always grease-stained.

One of his talents was to build go-carts for us kids to ride. When I was 5, I drove the go-cart he built for me; it would go 60 miles an hour. I was the only girl who raced with boys, and I could go faster because I was lighter. In about 1972, Daddy built a scale model of Richard Petty’s race car, the size of a go-cart. He made the fiberglass mold and painted it to look just like Richard Petty’s and sent him a picture of the car. Daddy worked out of a block workshop that he built by himself at our place in West Iredell.

We went to Temple Baptist Church on Old Pump Station Road in Statesville. When Daddy found out they needed cribs for the nursery, he built them. He also made wooden holders for the church pamphlets. Our family took care of cleaning the church and mowing the lawn. We felt like we lived at church. We were there Sunday morning, Sunday night and Wednesday night. If there were revivals, we were there every night. Because he was on the road, Daddy couldn’t make it to every service, but he was there most of the time. 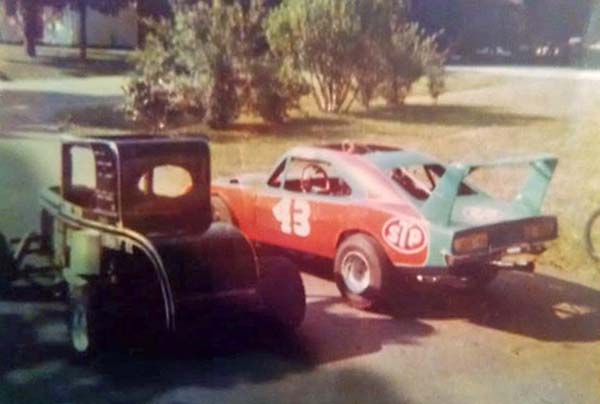 His scale model go-cart that I believe was an old Model T. 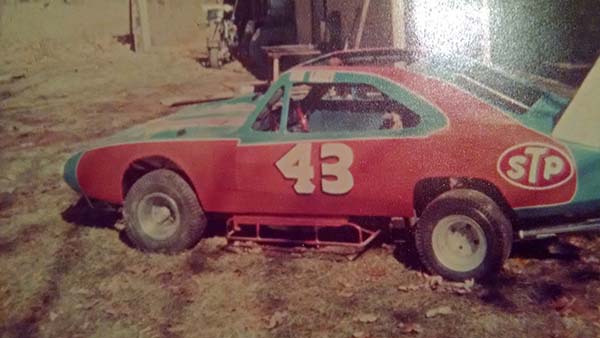 Daddy made this replica of the Richard Petty car.

One Wednesday night he stayed home from church so he could get some sleep before he had to go out on the truck. My mom, my sister and I came home and opened the door to a house full of smoke. We went screaming through the house to see if he was OK. He was in the bedroom asleep with the door shut. He was fine. Before he went to bed he decided to parch some peanuts in the shell to take on the road with him. (He said peanuts helped him to stay alert while driving.) He had turned the oven off; but on that oven, if you turned the button as far as it would go, it went past “off” to “broil.” The oven caught fire, the oven door melted and dripped onto the floor. Fire went into the attic where it went out in the insulation. Most of the damage was in the kitchen, with smoke damage in the rest of the house.

Daddy cleaned the walls and painted and wallpapered the rooms. He also built beautiful cabinets in his study.

My dad passed away from cancer at the early age of 49. He told us not to be sad when he was gone because he would be with the Lord, waiting for us to join him. I am sure with the Lord’s help he has mastered many trades by now. I look forward to seeing his work.

Suzie Gregory, a member of the EnergyUnited cooperative, lives in Cleveland, Rowan County.