In sickness and in health

By By Brenda I. Pardue 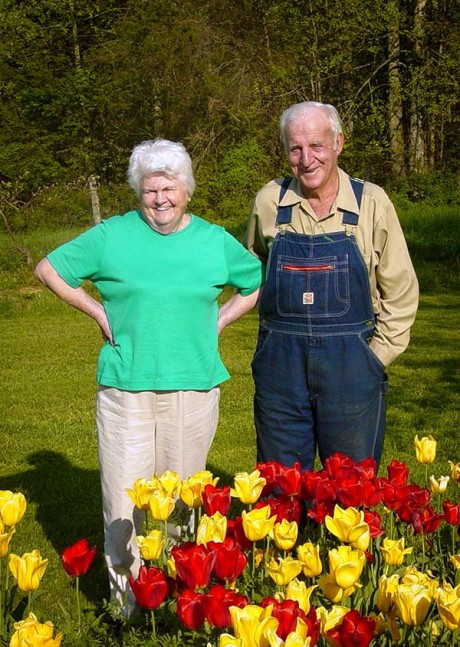 For many years before her death in 2009, my mother suffered from Alzheimer’s Disease. Her primary caregiver was my dad. At first, Mama was just forgetful and repeated herself more than usual. As time went on, she became unable to do things around the house that she had always done. Daddy had always done the “outside work,” while Mama cooked, cleaned and washed clothes. Now Daddy just naturally took over for her. He was good at doing laundry and became a passable cook. He could put a few meals together in short order.

They also ate out a lot!

Daddy instinctively knew that Mama was happier when they followed a routine. They went out to dinner several times a week and always at the same place: the K&W Cafeteria in Statesville. They went there so often that all the workers knew them. As Mama’s illness progressed, she was unable to feed herself, so Daddy helped her and they still enjoyed their “date nights.”

Sometimes when they would turn in their driveway after an evening out, Mama would become confused and ask Daddy why they were stopping there. She didn’t recognize her home. When that happened, Daddy would just bring her out the road to my house for a little visit. After a few minutes he would say, “Well, Laura Mae, let’s go home.” Most of the time she would be agreeable and ready to go. Daddy discovered that a little patience and a smile was the best way to get Mama to cooperate.

The time came when Mama stopped talking and no longer recognized her friends and family, but her face always lit up when she saw Daddy. When Mama died in January 2009, she and Daddy had been married for 66 years and 11 months — for better or for worse, in sickness and in health.

Daddy died in May 2013 at the age of 92. He left his children and grandchildren a legacy of immeasurable worth: an example of enduring love and vows honored.

Brenda I. Pardue lives in Hamptonville and is a member of EnergyUnited.