Carefree and sometimes homeless in Bladen County, Roger’s wish was to help others 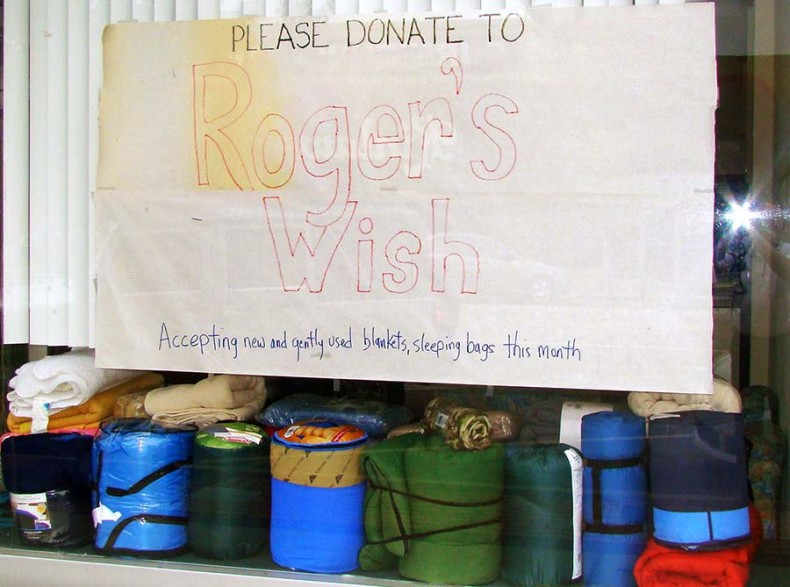 I first saw Roger Grunder reading a book on a park bench one sunny afternoon in 2011. He had been living around Elizabethtown as a homeless person for the past three years of his young life. Despite his carefree lifestyle, Roger had a heart of gold and was always involved in helping others. 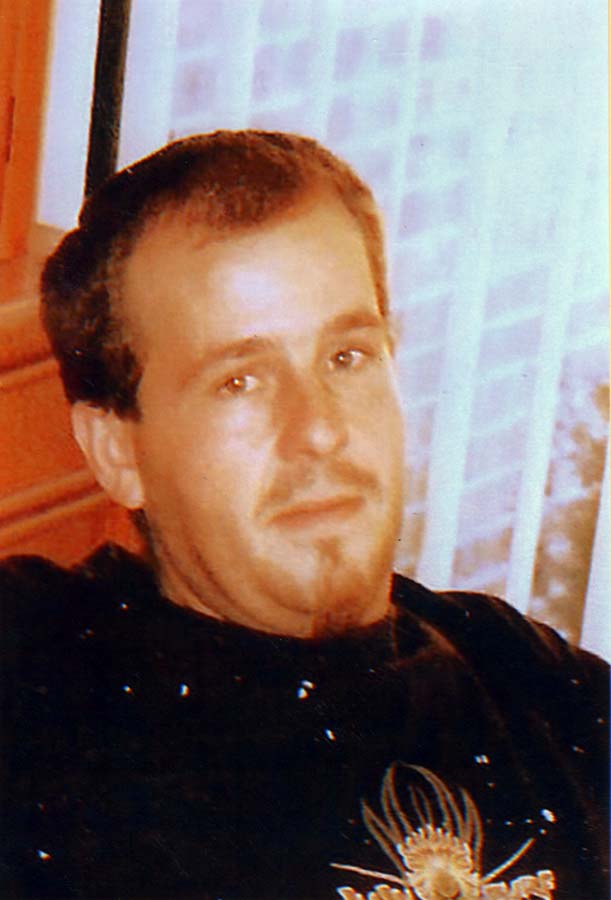 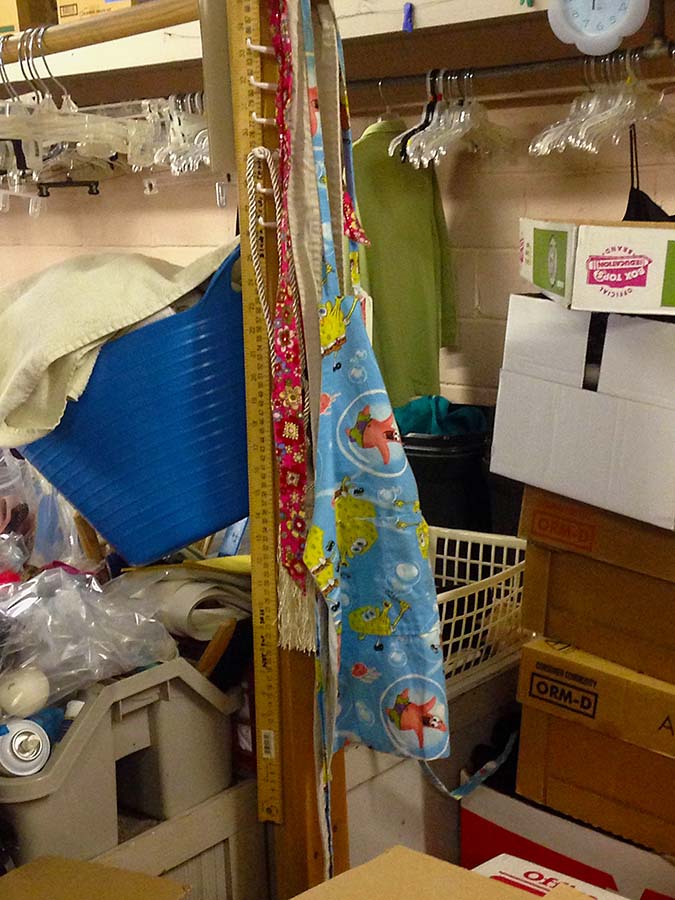 Above top: The late Roger Grunder: carefree with a heart of gold. Above bottom: His friends Ruth Hall and Liz Watson keep his SpongeBob apron hanging at the Bladen Crisis Center Thrift Store where he volunteered.

In Aug. 2013, Roger approached the staff of the local newspaper office, the Bladen Journal, where he was friends with the editor. He had an idea for a project to collect new and “gently used” blankets and sleeping bags for the homeless and needy from around the area. The staff agreed to assist Roger with his project before the onset of winter.

On Aug. 28 of that year, Roger accepted Jesus into his life while attending evening services at Open Door Ministries. After being baptized the following day, a church member and friend presented him with a car. Early the following morning, August 30, the sun rose without Roger. He had been killed when his car left the road and overturned.

While still grieving the loss of their friend, the Bladen Journal staff decided his project should go forward. They decided to name the event “Roger’s Wish” in his memory. During the month of October, more than 100 donations poured into the newspaper office, with many of the donors eager to remember Roger. The staff vowed to carry the project each year due to its huge success. The following October, 2014, saw the amount of donations nearly double in number, with some of the donations from as far away as New York and Florida. Besides having a kind heart, Roger was also known for his sense of humor. While volunteering at the Bladen Crisis Center Thrift Store, he would often wear a SpongeBob apron over his clothes as a humorous gesture to the customers. More than two years after his death that apron still hangs from a small rack near the back of the thrift store, exactly where Roger left it on his last day there.

Jeffrey Bryan lives in White Oak, Bladen County, and is a member of Four County EMC.