The Smartest 7th Grader on Earth 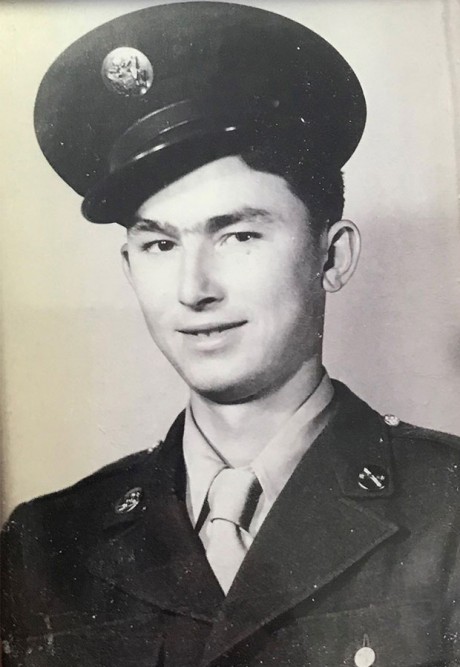 Furney Eubanks, from Trenton, was a Jones-Onslow EMC member for many years. He was a businessman, World War II veteran, and most of all, a loving father, who enjoyed making people’s lives easier by inventing things.

On a Friday morning in late June 1956, three years before I was born, my dad sat on the doorsteps of Long Manufacturing with his invention in a brown paper bag, waiting for the president of the company to drive up in his white Cadillac.

He went inside in hopes of talking to the president about his new tobacco harvester clip. Mr. Long’s secretary told my dad that her boss wasn’t in and it wouldn’t be possible to see him.

“He is a busy man,” she said. “Once he’s in the office you can forget seeing him. There are appointments scheduled all day.”

He went outside and sat on the steps to wait on Mr. Long. Soon, Dad noticed a white Cadillac pulling into the parking lot. He headed toward the vehicle as Mr. Long was parking into his marked parking space, and as soon as Mr. Long got out of the car, my dad approached him. Daddy introduced himself as a farmer and told Mr. Long that he had designed a tobacco harvester clip that was more efficient than the ones they designed and installed on their Long tobacco harvesters.

My dad handed it over, and he looked at it while they were walking toward his office. He told Daddy by looking at his design, he saw the mistake his engineers had made. He asked Daddy to come in. As they walked by his secretary, he told her to cancel all his appointments for the morning. 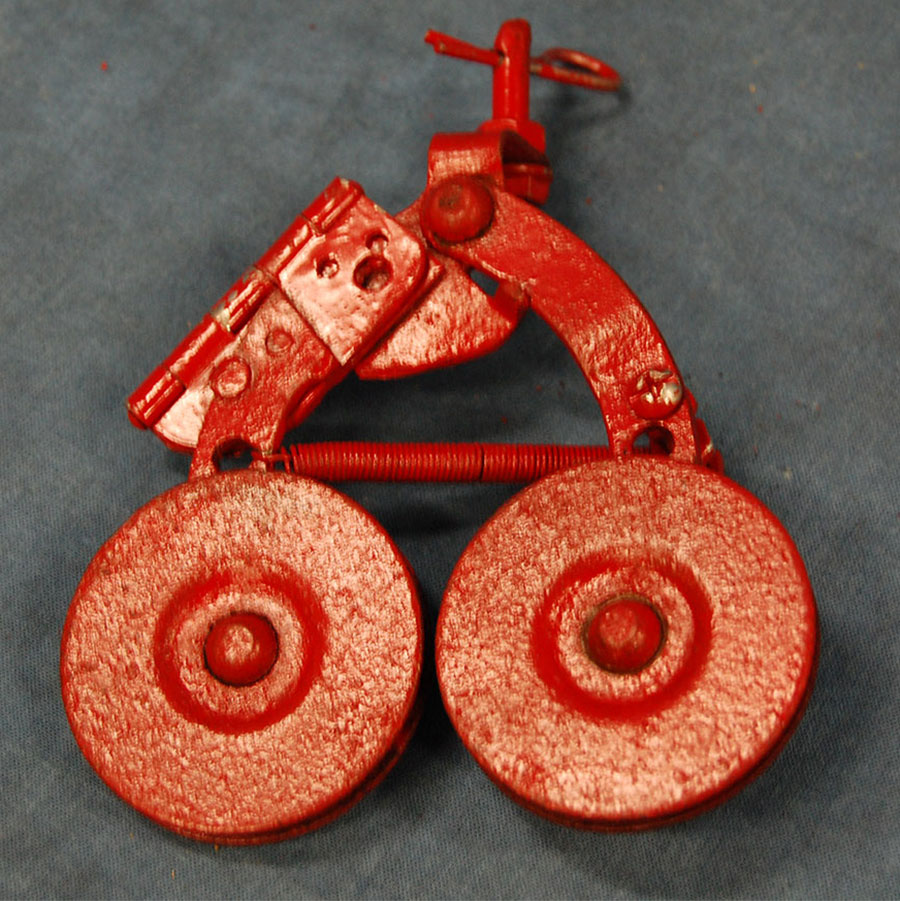 Over the next four hours, the pair discussed this modern design of the tobacco clip. Mr. Long told Daddy: “Mr. Eubanks, you are two years too late. We are in the process of developing our automatic croppers. Two years sooner on this design, you would have been a rich man. However, I do not want anyone else to have this. I will pay you $500 for it right now and patent it myself. I will give you a job in the company, send you to school, and give you a percentage on all new inventions and redesigns you come up with.”

My dad took the $500, but turned down the job and school opportunity. He was a farm boy, and his father was dependent on him to oversee the farm operations; he couldn’t just walk away from family. This was Dad’s first invention, and he received good compensation for his 30 minutes of effort. This launched his journey of 57 years of inventing and designing items to make our lives easier.

First day in the fields

It was June 28, 1965, and my dad walked into my bedroom and asked me if I wanted to work today picking up leaves behind the tobacco harvester.

I thought I was going through hell. The big tobacco leaves hit me in the face. The smell of tobacco gum on my face and body was nauseating. The leaves were half as tall as I was. The tobacco harvester kept moving down the tobacco rows, and I was struggling walking behind the harvester, trying to keep up and at the same time picking up the leaves that were falling out of the clips (not of my Dad’s design). I would put the leaves under my arms, and when I had all the leaves I could tote, I would run up to the moving harvester and drop them in the basket of the croppers, so they could send them back up in the tobacco harvester clips. 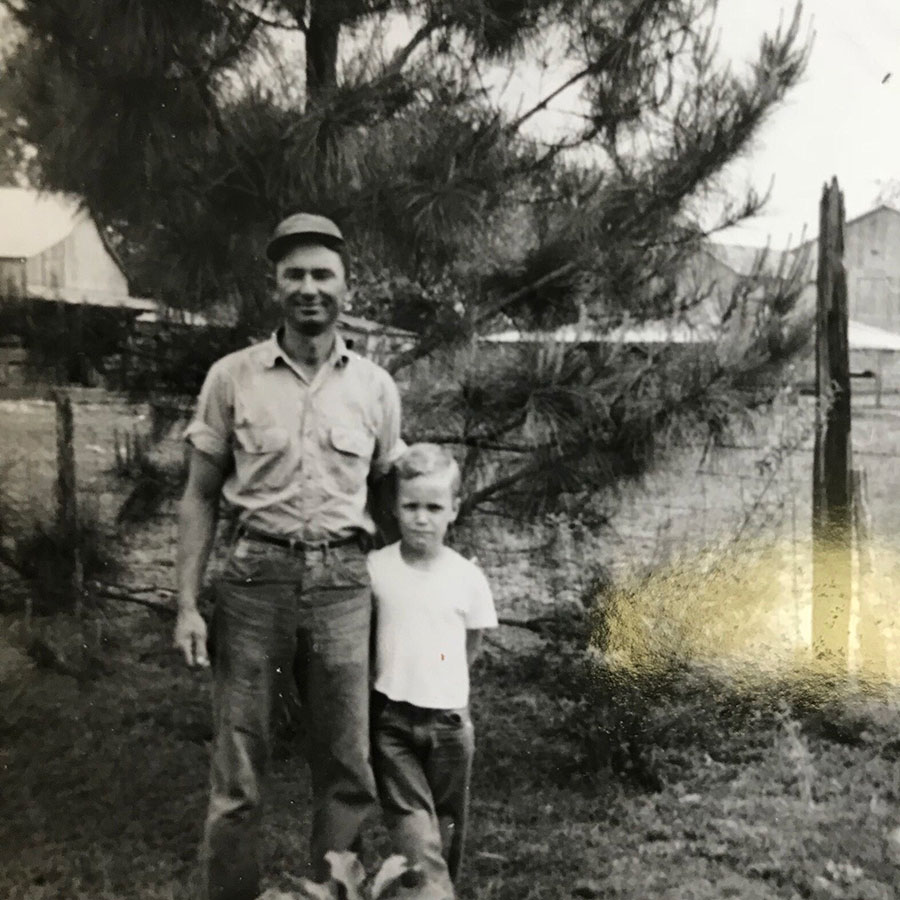 My loving father, Furney Eubanks, and me as a child.

Thank God for my dad. While he was riding the tobacco harvester, he tried picking up some of the leaves that fell out of the clips onto the ground. At least my dad had some compassion for his six-year-old son. His compassion ended the next morning when he came into my bedroom at 6 a.m. and said it was time to get up and go pick up more leaves. “I don’t want to go,” I said.

“The first day is voluntary,” he replied. “The second day, mandatory.”

I wondered what would happen if my dad had met Mr. Long earlier. My family could have been wealthy, and I wouldn’t have had to pick up leaves at 6 a.m. Who knows? I do know this: my dad’s invention worked.

Even though his formal education was limited because of work responsibilities on the farm, he owns five U.S. patents. Not bad for a seventh-grade education.

Randy Eubanks is an author and motivational speaker and resides in Jacksonville, NC. His book, “My Dad: The Smartest 7th Grader on Earth,” can be ordered at randyeubanks.com.