Sweet Potatoes Restaurant Is Good for the Soul

In case you didn’t know, North Carolina happens to be the nation’s #1 producer of sweet potatoes. When Winston-Salem native Stephanie Tyson created a menu for the restaurant that she and co-owner Vivián Joiner opened in 2003, guess what ingredient kept popping up?

“I like sweet potatoes,” Stephanie says. “I wrote the menu, and, looking over it, I said, ‘That’s got a lot of sweet potatoes in it.’ So I said, ‘Oh, we’ll call [the restaurant] Sweet Potatoes!’ ”

Later, they learned that the name was already trademarked. A painting of the women, which hangs in the restaurant, provided the inspiration for the new name.

“On the painting, it says, ‘Mmm Sweet Potato …  Shut My Mouth,’ so we included [it] in our trademark: ‘Sweet Potatoes (well shut my mouth!!) a restaurant.’ ”

Neither Stephanie nor Vivián started out intending to open a restaurant. In fact, Stephanie studied at the East Carolina University Drama department and the American Academy of Dramatic Arts in New York. However, acting fame wasn’t in the cards. She met Vivián in Washington, D.C. With no obvious career path in mind, they decided to try the restaurant business.

Stephanie admits she wasn’t much of a cook to begin with — “For the most part, I burnt everything I cooked” — so she studied culinary arts at Baltimore International College. Vivián chose restaurant management. They hit the road to gain experience.

“We traveled from one end of the country to the other and back — Virginia, South Carolina, Florida, Arizona and Maryland,” Stephanie remembers. She became familiar with Italian, Mediterranean and French cuisines. But something still wasn’t right.

“I was just sitting in the kitchen one day and said, ‘It’s time to go home. I want to go home,’” Stephanie says. “I never had the chance to cook what I grew up eating … Southern food.”

So the two women moved to Winston-Salem with the idea of opening a restaurant. They found the space they wanted on Trade Street in the hip new Arts District. It was run-down and needed a lot of work. And they had another problem — money.

“I never had the chance to cook what I grew up eating … Southern food.”

“We had a plan. We had the experience. But others had very little confidence in our ability,” Stephanie remembers. “No, the banks and the city loan people were having none of that. What they suggested … was that we open a hot dog or hamburger stand.”

But with the help of Winston-Salem’s commissioner of cultural arts, Philip Hanes, they obtained loans from the city and an organization spearheading the redevelopment of the downtown area. 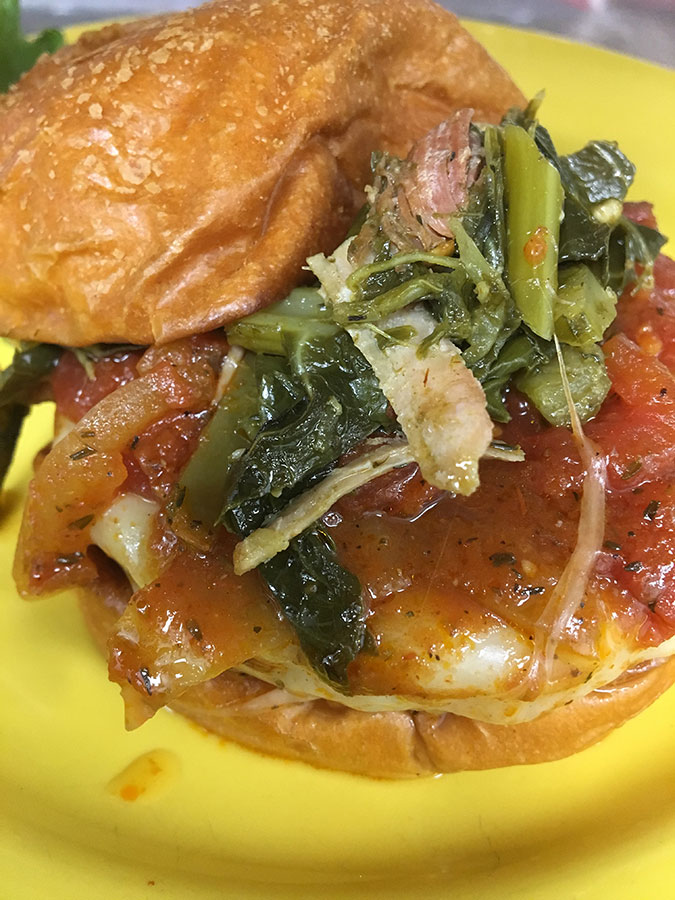 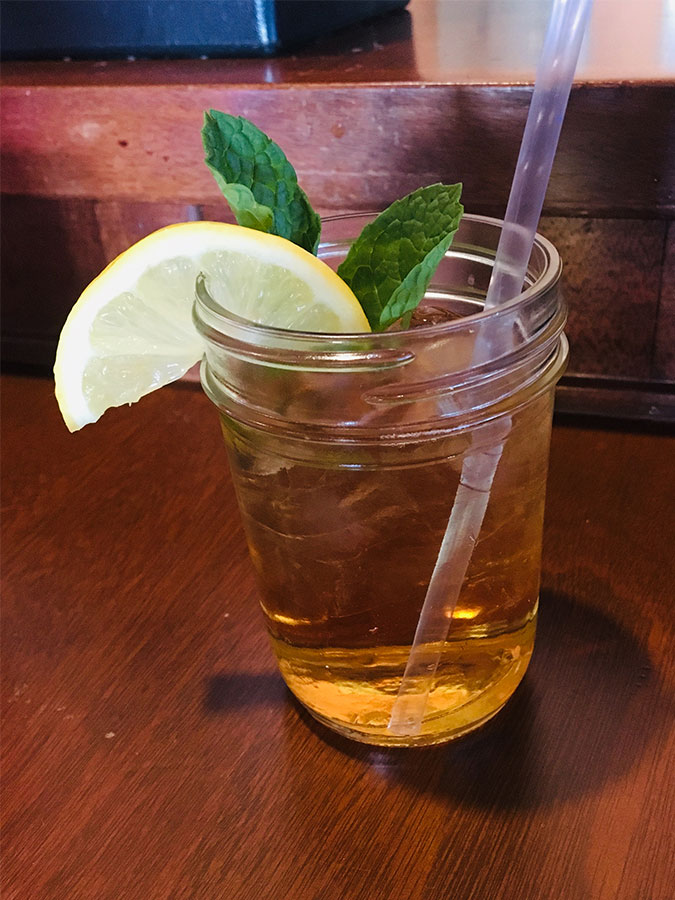 The restaurant’s menu, offering Southern and soul food spiced with Chef Stephanie’s special touches, drew crowds from the beginning. Since then, their food has gained regional and national media attention.

“We were recognized for our Sweet Potato Cornbread as the must-have Thanksgiving pick for North Carolina [New York Times, 2014],” Vivián says.

“We got calls from as far away as Texas and Los Angeles asking for our bread pudding!” Vivián remembers.

When you study the menu, you’ll be surprised how many dishes use sweet potatoes — in biscuits, pancakes, cornbread, hash and even in the Ragin’ Cajun Turkey Burger’s bun. There’s also a build-your-own sweet potato, sweet potato fries ... they’re even in one of the cocktails.

“It’s called ‘Porch Sitter.’ It’s our play on a mint julep,” Vivián explains. “Instead of using a basic simple syrup, when we make candied sweet potatoes, we take the syrup generated when baking them, add mint to that, and use that in our version of mint julep.”

“You can go through a whole meal and not have anything with sweet potatoes in it,” Vivián adds. “I just don’t know why you’d want to.”