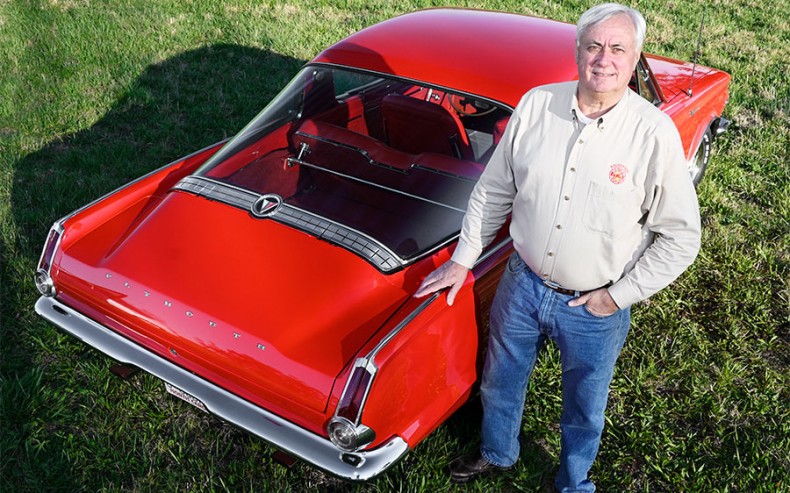 Rodney Privette stays busy with several jobs — he’s the Rolesville fire chief, the owner of an insurance company and a Wake Electric director — plus he enjoys a car hobby that dates back to when he was a kid.

Rodney, 64, particularly likes old cars — everything from pickups with wood panels on their sides to muscle cars with enough horsepower that they nearly give you whiplash when you stomp on the accelerator.

Over the years, and with the help of friends and other gearheads, Rodney has bought and restored countless vehicles made in the 1960s and ’70s. He currently has seven sitting in the various garages on his property. Many of them previously belonged to members of the U.S. military.

One car in particular has a special meaning: a 1965 Plymouth Barracuda that was once owned by a U.S. Army soldier who died in Vietnam. The restoration took seven years.

“The best we can figure, the guy didn’t come home [from Vietnam], the guy’s dad had to call [Fort Bragg] to get the car,” Rodney says. “It was years and years and years later when I bought it.”

“Every one I’ve bought, I’ve never bought one right off the bat,” he says. “I knew about the car before I got it, and when the time was right I was able to get it.”

People who can barely change a tire can still appreciate the beauty of the red Barracuda. All of its American-made parts are either original or sourced from other Barracudas. Seeing it in person makes you smile and gasp in awe at its curved lines and immaculate paint job. 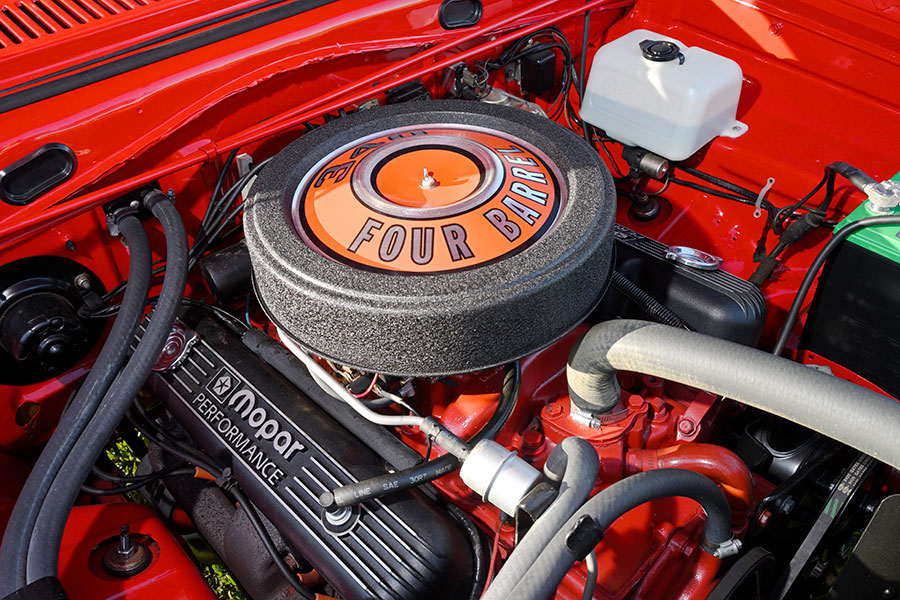 The car, which is worth well north of what Rodney put into it, bears the license plate “6 CUDA 5” in reference to its model year, and has won a half dozen trophies at car shows.

Rodney’s partner and Piedmont Electric employee Susan Cashion has learned about cars through osmosis. As an active member of the community herself, Susan said she appreciates all that Rodney has done — serving as fire chief since 1992 and as a rank-and-file call fireman for Rolesville starting in 1975. That’s in addition to running the family business, Privette Insurance Agency, and serving on the Wake Electric Board of Directors. And then there are all the cars he’s restored that have belonged to U.S. military veterans.

“He is truly one of the most compassionate people I’ve ever met,” Susan says. He’s trying to preserve these wonderful vehicles and it was very touching with that Barracuda.”

“I’m now into cars,” she adds, noting that she appreciates “how passionate so many people are about preserving the past and caring for these beautiful automobiles and the stories that they each hold.”

Rodney’s garages are full of not only cars but old signs from car companies, parts hanging on the wall, car show trophies, and even decades-old floor mats made from recycled tires. He has plans to turn one of the garages into a car museum.

Just another project that will occupy his time.

Jason Devaney has written about sports, politics and all things in between since 2000. He lives in Raleigh with his wife and daughter.