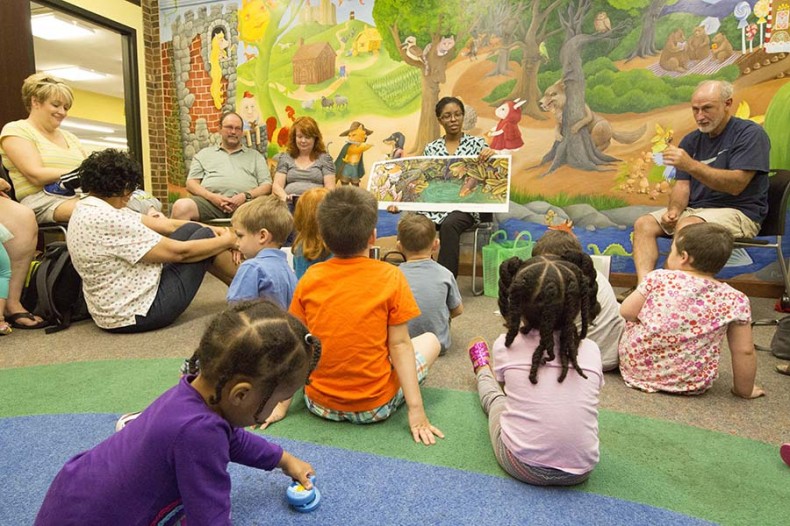 Piedmont Electric in Hillsborough received $995,000 in funding from the REDLG program to help renovate the Gunn Memorial Public Library in Caswell County.

Rhonda Griffin is right where she wants to be. The energetic director at Gunn Memorial Public Library worked at four other libraries in the region before landing at her current job near home. The county lacks many of the traditional hot spots for kids — no YMCA, no bowling alley or movie theater — so her small library, the sole library in Caswell County, is always bustling with activity. 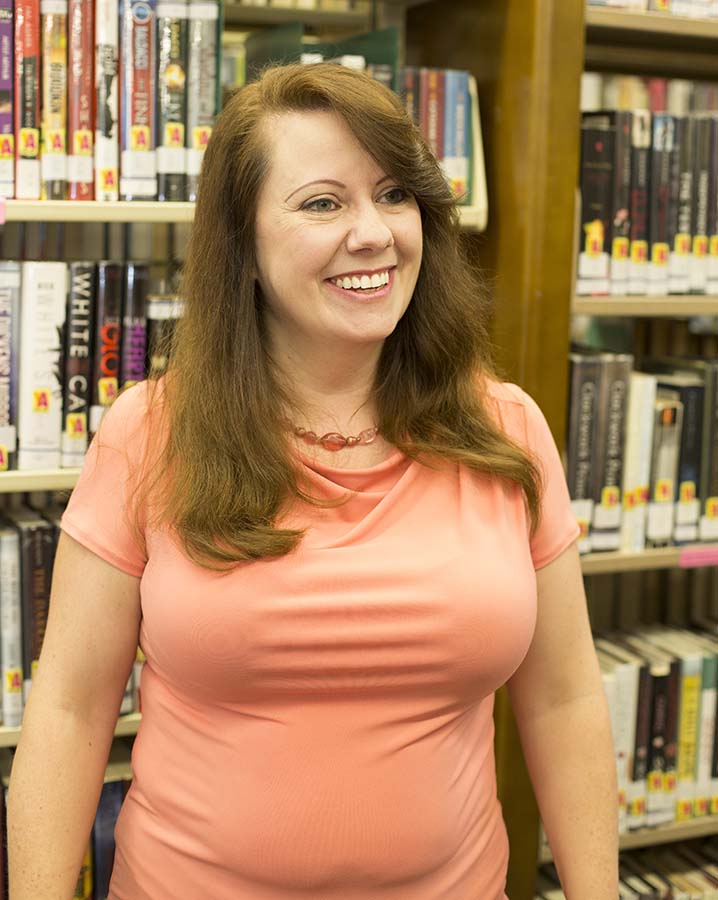 The library also draws adults, who use the facility’s 22 computers and high-speed internet to access email and fill out job applications. As a result, it is ranked 11th in the state for program attendance per capita. And yet, the facility is in need of repair, structural updates and a major expansion, according to a 2012 county needs assessment. In one of the least funded counties in the state, all of this is easier said than done.

Piedmont Electric Membership Corporation in Hillsborough serves parts of Caswell County and recognized this funding need. Last year, the co-op applied for and received $995,000 in funding for the library renovation project through the U.S. Department of Agriculture’s Rural Economic Development Loan and Grant (REDLG) program.

The REDLG program provides rural utilities with grants and zero-interest loans to directly fund local projects that create and retain employment in the communities they serve. North Carolina’s 26 electric cooperatives have tapped the funding source to channel a total of $52 million to projects across the state, supporting the creation of more than 4,000 jobs.

For Gunn Memorial Library, the funds represent a portion of total project costs but a huge step in making Griffin’s expansion plans a reality.

“There’s no way we could get this done without Piedmont Electric and the REDLG program,” says Caswell County manager Bryan Miller. “There is no shortage of needs in the county, and without partners like Piedmont Electric, rural counties like ours would be left behind.” 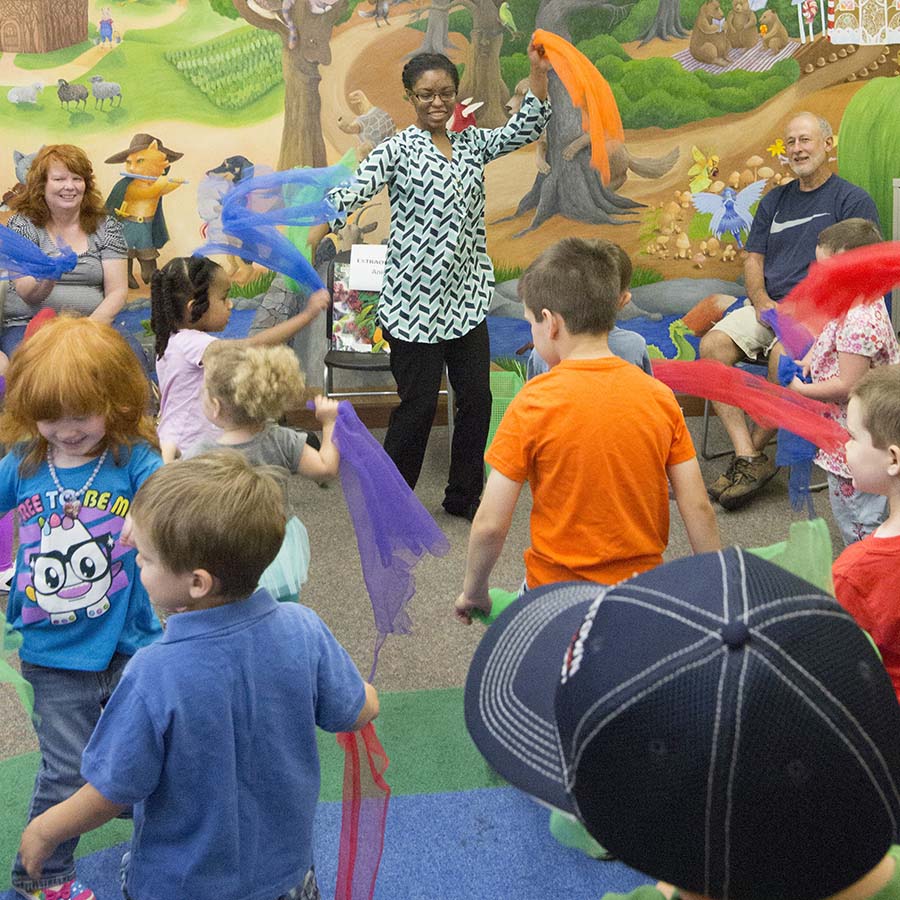 Caswell County and the county seat of Yanceyville also have used REDLG funding to purchase ambulances and build a new fire station adjacent to town hall, adding to the dozens of community development projects across the state funded by electric cooperatives. Funds have been used for emergency vehicles and equipment, libraries, schools, fire stations, hospitals and sanitation facilities — the list goes on.

“When I first met with Bryan [Miller] about this source of funds, he joked that it was the first meeting where he wasn’t asked for something — instead we were there to help him,” says Susan Cashion, vice president at Piedmont Electric. “This has changed the way we talk about our co-op. We used to describe ourselves as a member-owned utility that provides safe, reliable and affordable electricity. That is still the case, of course, but we do more. We are committed to improving the quality of life for our members, which the REDLG program directly supports.”

Cashion sees value in the program beyond the individual projects it supports. Using this federal source of funds fits with the electric cooperative’s role as a steward of the rural communities it serves. The program also is creating a sustaining source of funds that will be available to serve untold future community and economic development projects.

“This is part of our cooperative legacy,” Cashion says. “There’s no way to measure the value of these projects and the relationships that we’re building within our communities.”

Over the past four years, North Carolina’s electric cooperatives have collectively secured more grants through the REDLG program than those in any other state, and funding totals are expected to increase as additional projects are approved in 2016. 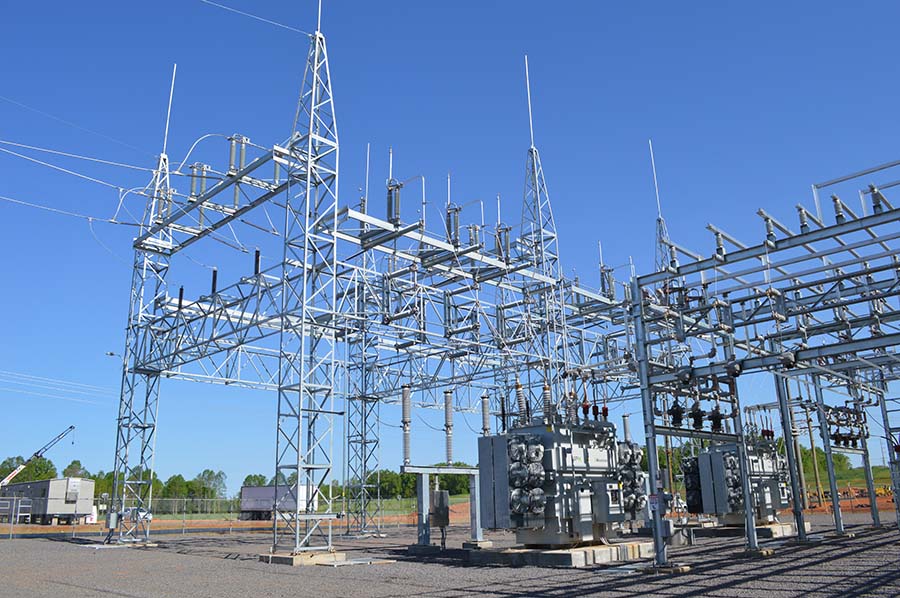 “These grants represent secure funds — with zero risk to the co-ops or their members — that can be used to meet whatever need a community may have,” says Eddie Miller, vice president of Economic Development at the North Carolina Electric Membership Corporation (NCEMC), the Raleigh-based power supplier serving the state’s electric cooperatives for North Carolina’s Electric Cooperatives. “The projects are as diverse as the territories our state’s electric co-ops serve, and every single one of them is a success story.”

In Mocksville, a new yarn-spinning plant stands as another one of those success stories, thanks to $3 million in loans secured by Statesville-based EnergyUnited. Davie County and the town of Mocksville used the funds for site development and in recruiting Canadian sportswear company Gildan Activewear, which ultimately chose the area for its $142 million facility.

Once fully in operation this summer, roughly 300 employees at the plant will spin locally sourced cotton into fiber, and ship it to manufacturing plants overseas.

“If we had not secured these REDLG funds for the project, it would not have ended up in the county — maybe not even in North Carolina,” says Tim Holder, EnergyUnited vice president of customer care, sales and marketing. “This funding is a tool like any other in terms of bringing large dollar amounts for local development at zero-percent interest. It gives the communities we serve a great competitive advantage in drawing new business, particularly in more rural areas.”

Electric co-ops have access to additional resources offered at the state level by NCEMC. NCEMC’s Development Loans program offers North Carolina electric co-ops zero-interest loans with seven-year terms, which are often used as interim funding while REDLG applications are in the approval process.

The NCEMC Development Matching program offers grants of up to $15,000, matching co-op investments in local projects. Co-ops are using these funds for a wide variety of activities that spur economic development.

For example, Halifax EMC in Enfield tapped the fund for site studies in the planning phases for a new sawmill capable of producing 350 million board feet each year.

“Bringing employers to rural areas is a focus of ours. But just as important is concentrating on ways to improve communities,” NCEMC’s Miller says.

Investing in economic development achieves two things, Miller explains: nurturing industry while also strengthening communities — essentially making North Carolina a place where companies want to be for the long term. Site development, such as that funded through EnergyUnited, can draw business in, while community development, such as library expansions and improved critical services, make their employees want to stay.

The long-term benefits of these funding programs become evident in surprising ways.

About 20 minutes down the road from the Caswell County library, a brand new fire station is in the works, to be funded by a $360,000 zero-interest loan from Piedmont Electric [pending USDA approval at time of publication]. The station will improve response time for the North Eastern Alamance Volunteer Fire Department.

That’s good news for local peace of mind, but it also has a real economic benefit for residents in the district and surrounding areas: the new fire station, after receiving its rating from the N.C. Department of Insurance, will decrease homeowners insurance premiums by a collective $100,000 per year, according to fire department estimates.

“That’s extra money those families will have every single month going forward,” Piedmont Electric’s Cashion says. “This will strengthen the community in a very direct way, and is a reminder that these projects are truly helping those we serve.” 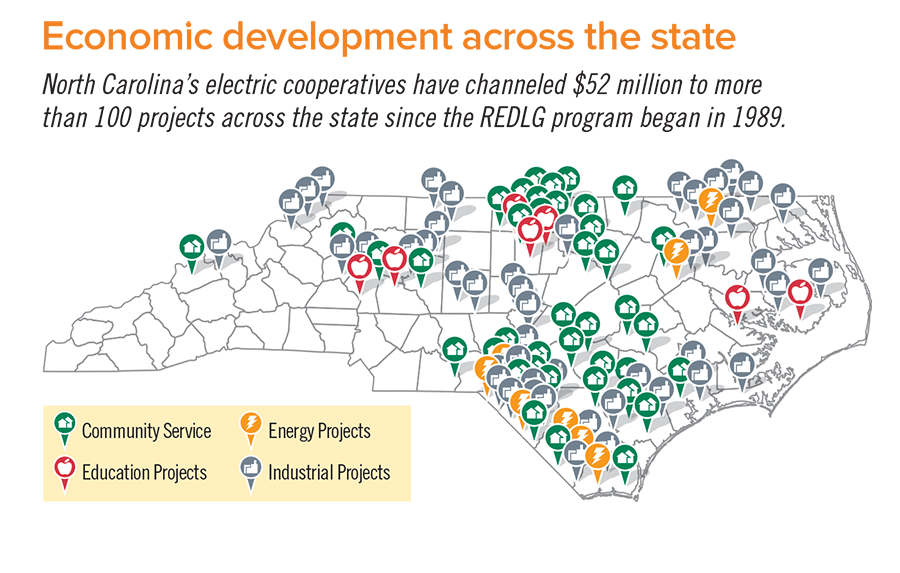