Comradery through Competition on the Links 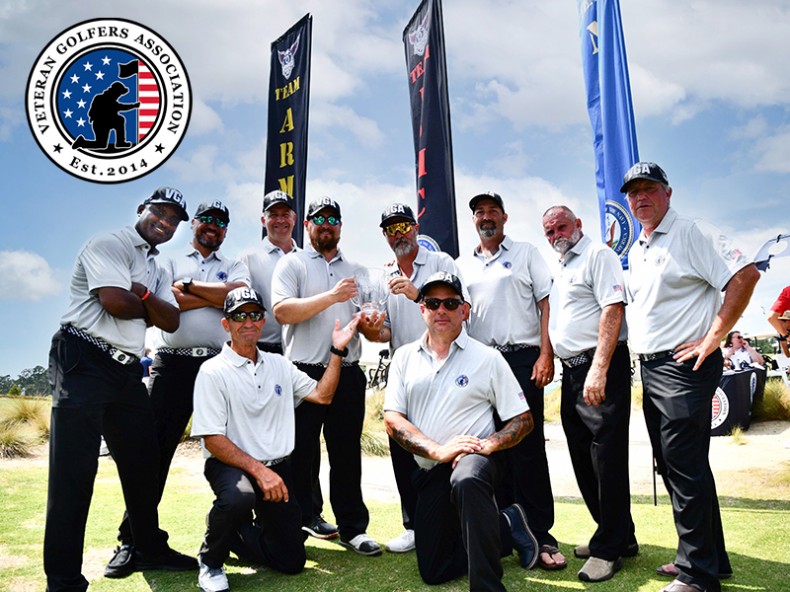 On any given golf course across the state, a group of golfers will be gathered around a putting green, standing at attention with their hats off and covering their hearts. The national anthem plays from a Bluetooth speaker mounted to a golf cart. Then the tournament begins.

These are not just patriotic golfers, but veterans and their families with a love for golf and a need for the camaraderie and competition that the military life afforded.

Born in 2014, the Veteran Golfers Association (VGA) is headquartered in Pinehurst, the heart of North Carolina’s golf country. Josh Peyton, VGA president and CEO and a founding member, describes the community as a network of kindred spirits who mutually served, who now can serve one another through a network of support and friendly competition. 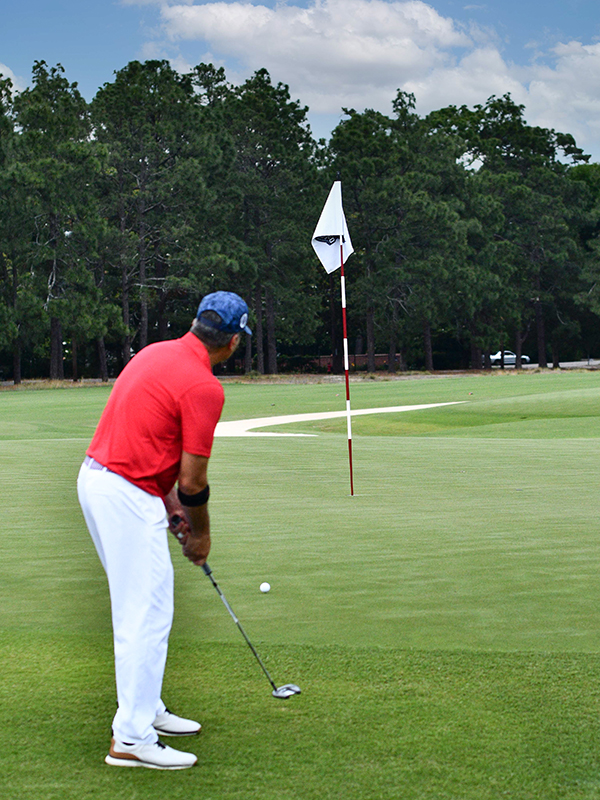 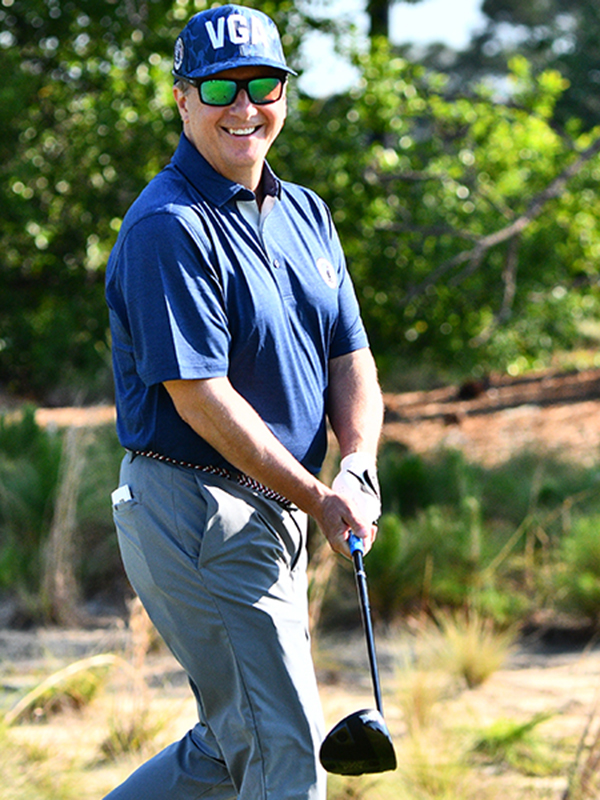 “Although the VGA is a competitive golf league, the spirit of this organization is more about comradery than it is the competition,” Josh says. “It’s just like when we were in — we are there for one another.”

The VGA boasts hundreds of national and international tournaments every year. From Fort Bragg to Fort Lewis; from Austin to Anchorage, veterans are competing for the glory to compete at the highest tournament events. The most coveted of tournaments is the annual battle between all the military branches: the Armed Forces Cup.

“I’m back among my brothers in arms out here.” Larry says, while standing on the green of Pinehurst Number Four. His Army team had just celebrated a first-place victory.

While the Army’s teams took home the 2021–22 season trophy, all the competitors — the best golfers from each branch of the military — found more than a tournament, but a chance to represent their military branch. A chance to serve. For some, it has become a lifeline.

“This community helped me through the toughest times in my life,” says VGA member Kenneth Raynor. “They helped me fight and survive after my time in service. I credit these relationships and their support with my life. I wouldn’t be here if not for them.” 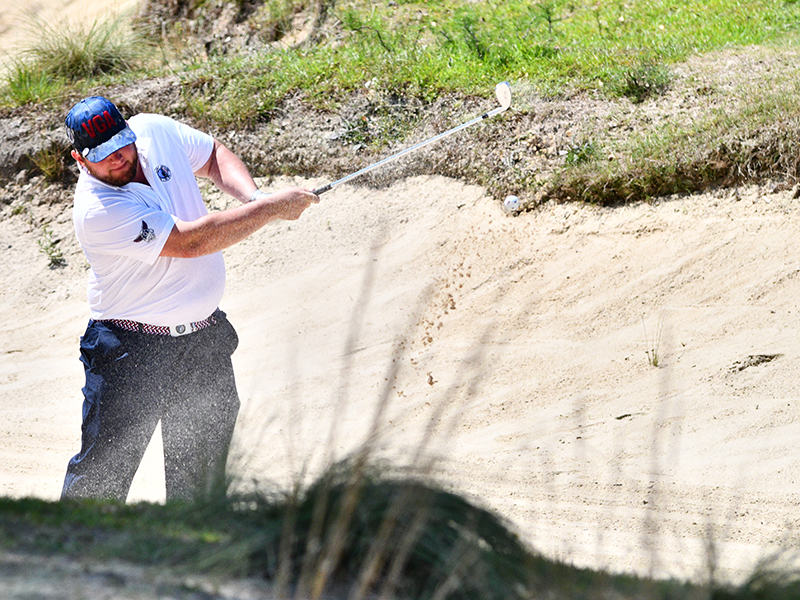 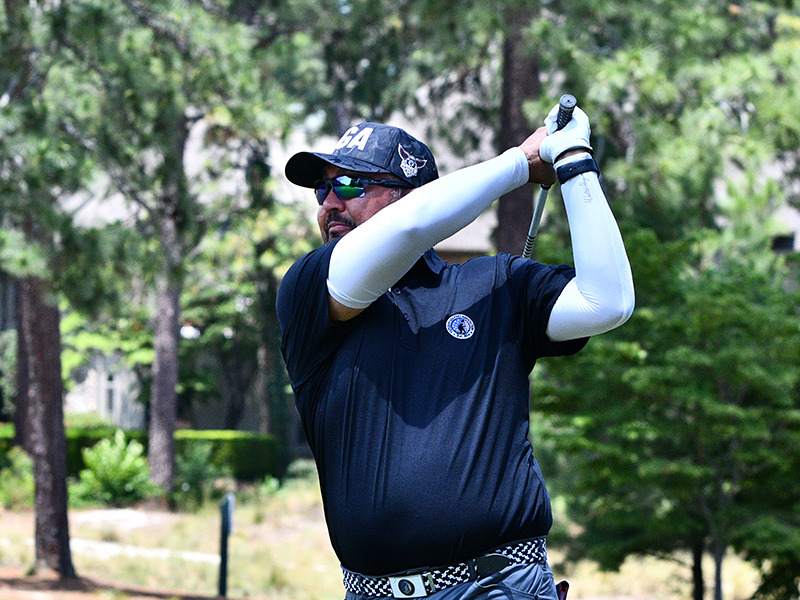 The VGA has more than 16,000 members, and the organization has great ambitions to spread the network to more veterans and their families who are looking to expand their service-family. Golf is both therapeutic and competitive. Many of the VGA members daily suffer from injuries they sustained while serving. In fact, Josh and Joe Caley, VGA vice president and commentator at the Armed Forces Cup, met while representing the U.S. military’s wounded veterans in a golf tournament. They both know the cost of military service and they strive to provide an environment that welcomes all veterans. On the golf course, with a comrade in arms, veterans are able to enjoy a fellowship that is unique and desperately needed. From Josh and Joe’s initial connection — and realization of the therapeutic nature golf and camaraderie has in the lives of veterans — they conceived of the VGA.

Like wildfire, the VGA has spread across the nation. From its NC home, VGA has built a growing network of members and an impressive list of tournament locations.

“It has been a lot of great work to bring us here, and we have a lot more work to continue,” Joe says. “But it’s rewarding. A post-service life’s work, for sure.”