Saying goodbye to a cemetery 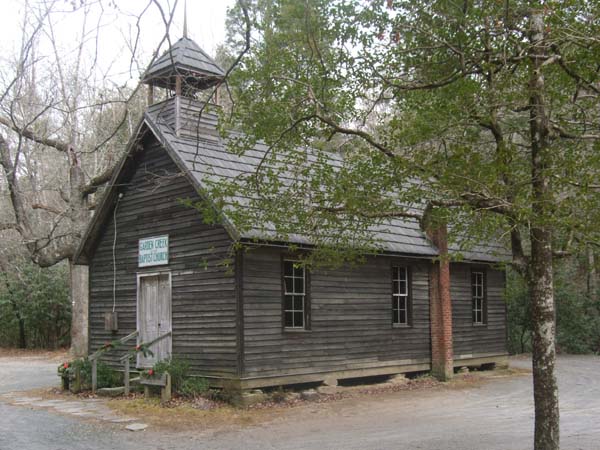 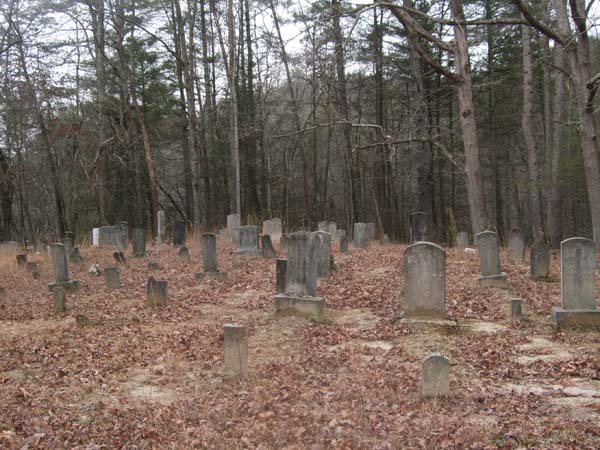 Few visitors to Stone Mountain State Park these days know that a little cemetery lies up the hill from the wooden Garden Creek Baptist Church.

As I drove down Oklahoma Road here in Alleghany County, I thought that since I was a child, there have been as many changes on the way to Garden Creek as there have been in me. The road from our house to Garden Creek was a one-lane dirt road that is now a paved, two-lane highway with yellow lines and all the trimmings. At 76, I may be "older than dirt," but at least I haven't turned into a new, modern version.

Back then, we would drive down the road in a blue pickup. Mama, Daddy and Bobby (the youngest child) rode in the small cab. The other children rode in the truck bed. At one time there were 10 children. Six of us are still living.

Few visitors to Stone Mountain State Park these days know that a little cemetery lies up the hill from the wooden Garden Creek Baptist Church. They walk up to the church and read the sign: "Built in 1897." Some attend Sunday services still held there in summer. My father, Frank Brooks, helped to build this church when he was only 15. My Aunt Maggie wrote its history that hangs inside.

One of the greatest days of my childhood was the yearly Decoration Day in May at Garden Creek. There was a service in the cemetery followed by one in the church. Mama and Daddy didn't make us go to the church service, so we played in the creek, careful of the slick rocks. Mama would bring extra clothing because we didn't fail to fall in — at least I didn't.

After the services, men carried benches outside, lined them face to face to make tables, and we had Dinner on the Grounds. The people in charge kept long boards up there just for the Decoration service. They had cut trees to make convenient stumps where they placed the boards to make seats for older men and women and nursing mothers.

At one service, people were all lustily singing an old hymn. Suddenly, one of these boards tilted, sending the people flying backwards into the edge of the woods, including my very dignified Aunt Maggie. We young people were consumed with giggles. Only when I caught Daddy's glare did I contain myself. Someone had to retrieve Aunt Maggie's straw hat from the edge of the woods. (They never found the hatpin.) But the ground was soft, people were tough, and I do not recall any injuries. They replaced the boards, braced them better, and the service continued. 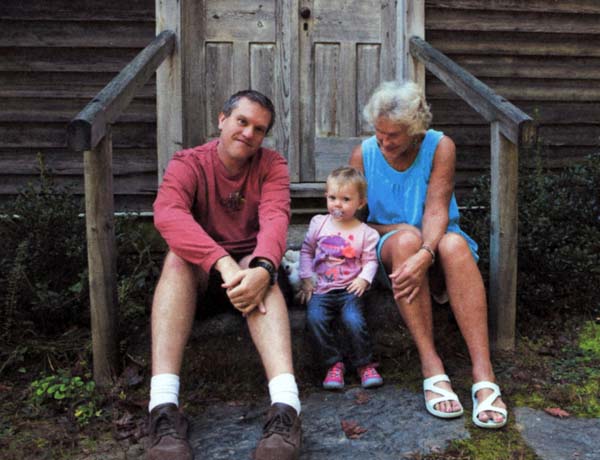 Grandpa and Grandma are the last of my family to be laid to rest in the old cemetery. Grandpa died fairly young in comparison to the others. He was only 69. Grandma lived to be 82. Some of the graves are marked by a large old rock. Some have fairly recent stones. A member of the Brown family had been laid to rest there in 2011. Apparently some descendents of an original family are still using the cemetery. A man named J. M. Brown was the church's first clerk. A John Brown Sr. was born in 1791, fought in the War of 1812, and died in 1879. There are graves are of infants and young children who didn't make it to age 5. One grave holds twin daughters who were born in 1933 and died in 1933.

As I stood there by myself, I did not feel alone. The child I had been, Grandma and Grandpa Brooks, Mama and Daddy, Aunt Maggie in her straw hat and many others were there with me.

A member of Blue Ridge Electric, Ellen Brooks will send you a map to the cemetery if you send her a self-addressed, stamped envelope to 3060 Mountain View Road, Glade Valley, NC 28627.