Will Kornegay is closing the gap between food excess and access

By Bridgette A. Lacy | Photos courtesy of Ripe Revival Market 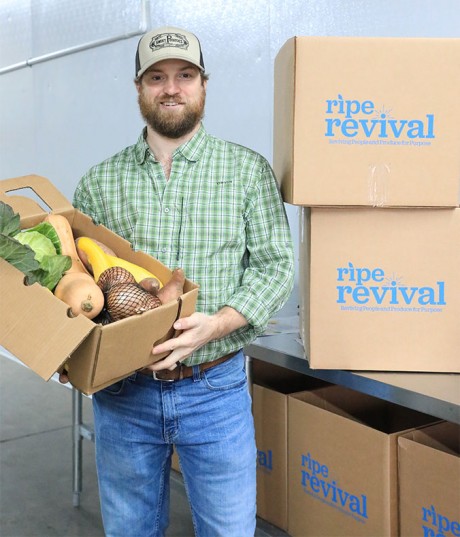 In early 2020, Will Kornegay and his sister, Laura Hearn, were gearing up to expand distribution of locally sourced gummies produced through the company they co-created, Ripe Revival. And then the Covid-19 pandemic hit. Retailers were no longer accepting new vendors; but Will saw an opportunity to launch a new project.

That April, he pivoted to sell boxes of meat, dairy, fruits and vegetables — sourced from North Carolina farms in season — for delivery to consumers’ front doors.

He focused his new company, called Ripe Revival Market (riperevivalmarket.com), on three pandemic challenges: consumers who wanted to avoid grocery stores and needed groceries delivered to their homes; Eastern NC farmers and local food distributors who needed new markets for their goods as restaurants, schools and other institutional buyers scaled back their operations; and the rising number of families experiencing food insecurity.

“It helps the farmer because it’s produce they couldn’t sell at a grocery store,” Will says. “It’s perfectly edible, but grocery stores won’t buy it.”

He also created the company’s Community Supported Produce Box, where purchasers receive a box of produce for themselves and a second box is donated to a North Carolina family struggling to access healthy food options.

In an effort to reduce food waste, the community-supported boxes feature 10 to 12 pounds of good but imperfect fruits and vegetables, such as potatoes with blemishes or fruits that are misshapen.

“We distribute free boxes to families in Nash, Edgecombe, Wilson and Halifax counties,” he says. 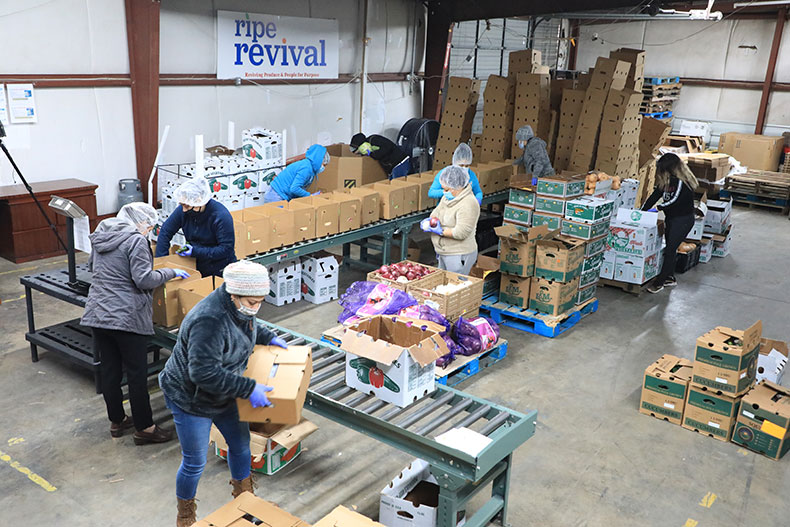 Liz Lord, the senior engagement director for the Harrison Family YMCA in Rocky Mount, says families have been grateful and happy to receive fresh produce.

“We serve Nash and Edgecombe counties. A lot of food pantries have canned goods but not fresh, local produce. We deliver Will’s produce boxes to families,” Liz says. “There are a number of families that face transportation issues. They don’t have a vehicle, or gas money.

Getting to the food can be a real issue. It’s hard if you live in a mobile home park in the county, or neighborhoods in the city, where they have to walk a tremendous distance. They don’t have a good way to access the supermarket, grocery stores.”

Will, a Rocky Mount native, always wanted to work in agriculture.

“My family didn’t farm, but I loved that lifestyle,” he says.

After graduating from NC State University with a bachelor’s in business administration and a concentration in marketing, he moved to Snow Hill.

There he worked for the “Sweet Potato Man” himself, Bobby Ham, president of Ham Farms.

“It was my first job,” Will says. “I was immersed in produce and was able to see a large-scale operation of food production, processing and produce packaging. I gained an appreciation of farming, and began to realize small farmers needed help to utilize 100 percent of the crops.”

As a result, one of Will’s missions has become educating people about ugly produce.

“Just cut that defect out of it, it’s fine to eat,” he says. “It’s okay if it has a small crack or a small hole. That is just something that happens to fresh produce. It might have veins on it. Perfectly edible. We need to change how we look at that.”