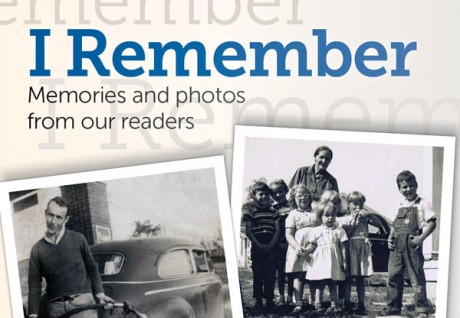 My dad, Johnny Ross, was born in Mississippi, joined the Army when he was 17 and was sent to Ft. Bragg, N.C., where he served for about 27 years. They didn’t have Jeeps or the Airborne then. They had mules.

He met my mother there, a local gal, and they raised six children on Army pay. Dad needed to make extra money, so he started cleaning the #10 theater after the movies, and my mother would make popcorn that he would sell for 10 cents a bag. Soon, he began cleaning the projection machines, then the guys showed him how to run the movies. Pretty soon he was manager of about 12 movie theaters. During the war, celebrities would come to Ft. Bragg to put on road shows to raise war bonds, so we got to meet movie stars.

Now Dad was a storyteller and could keep soldiers laughing, like when the mules got loose in Fayetteville, causing an uproar, and policemen had to run them down. A young draftee, a writer named Marion Hargrove, came to Ft. Bragg and saw humor in Army life the way Pop told it, so he wrote a book called “See Here, Private Hargrove” that became a best-seller and later a movie.

After the war, Marion went to California to write for television. One day he called my father and said, “Johnny, I am coming to Fayetteville and write a story about you.” Mother said they moved in cameras and everything for about a week. “You Will Never Get Rich, But He Did!” was published in Life magazine in 1949. Later, someone from True Experiences called my mother and wanted to do a story on Army life from a wife’s experience, and it was published as “It Takes a North Carolina Woman!”

My father lived to be 85 and served on the Fayetteville School Board for many years after his retirement. I am happy to be an Army brat and proud of my father’s service.