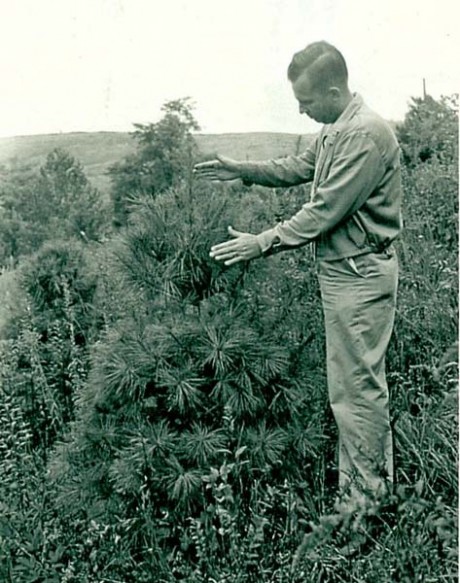 My dad was one of the first in Ashe County to ship Christmas trees out of the state.

I lost my dad, Avery Starling, in July of 2010, and my memories of him are of the things he loved the most. He talked about the nights he slept in foxholes as he fought on the front lines during World War II, and how after the war he spent the rest of his tour in Germany with the military police. His strong devotion to the military would later lead him to become commander of his local VFW post.

My dad loved the land and watching things grow. After his military service he became employed with the Soil Conservation Service and was transferred to Ashe County. The farmers there welcomed him with open arms as he helped them to make the most of their land, whether it be for growing crops, helping with drainage or laying off fish ponds. He always enjoyed tending to and eating from a big garden. His love for Christmas led him to buy some land where he began growing Christmas trees. He gave a lot of himself to the people and land of Ashe County.