Donald and the deer - Carolina Country
I Remember
May 2014

Donald and the deer 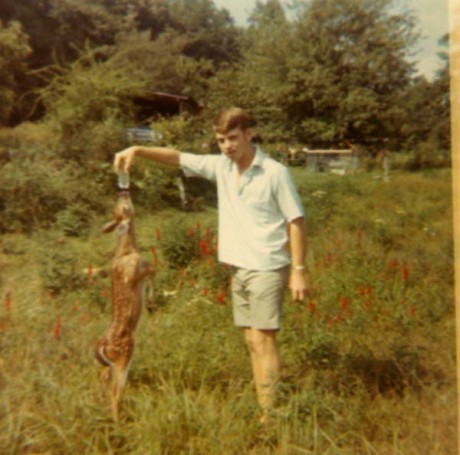 When he was in high school, years ago, our son Donald loved animals. He brought home ducks, geese, pigeons, chickens and white mice. His grandfather gave us a horse.

When a little deer lost its mother, we had one more pet. Donald and his brothers, David and Dwight, made it a bed of soft hay in the barn. Donald fed it with a bottle of cow's milk. When it was older, the deer ran loose and ate grass with the cows all summer. It was free and could leave anytime but never did.

By deer hunting season, it had grown a lot. The boys were afraid someone might kill their pet, so they put it in the barn while they were in school. When they got home, Donald went to check on the deer and let him out. Well, some unknown person shot and killed the deer and took it away. It took a long time to accept what had happened.