“Give her to me” - Carolina Country
I Remember
February 2016 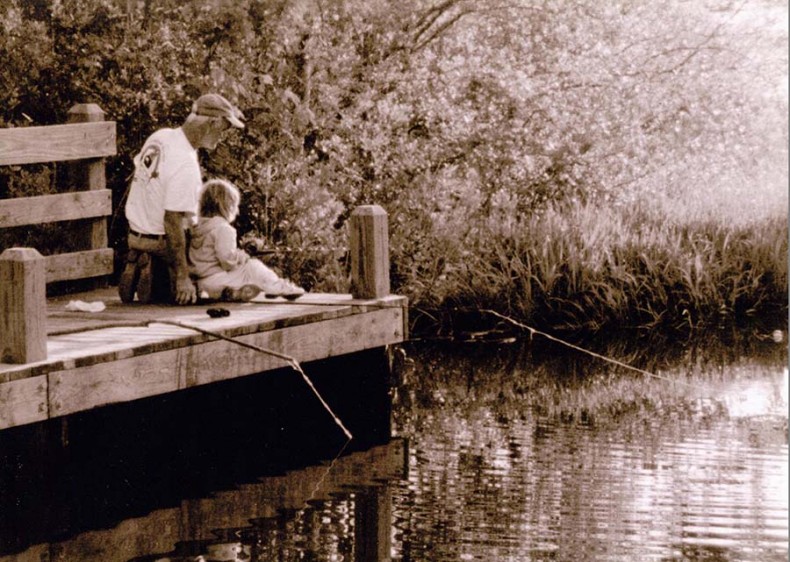 Almost 20 years ago I gave birth to my only child, a girl, Megan. I remember the first day my dad saw her. He wanted a grandson, but lo and behold, a girl graced our presence. He sat on the hospital bed and put his arms out and said, “Give her to me.” I passed her over, and right then I knew there was a bond that would never break. 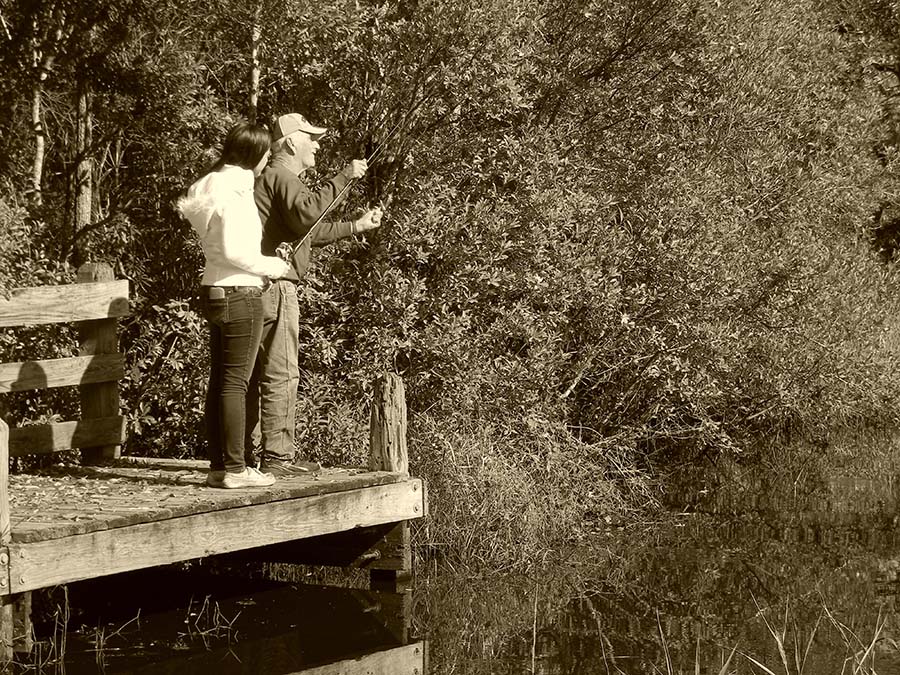 The dock was still there when they returned nearly 20 years later.

He took her everywhere. They napped alike, enjoyed tractor work together, laid bricks together, fished, everything.

But little ones grow up, grownups get old, and the grandparents get to watch from the front porch rocking chair. As my daughter started her senior year of high school, my dad came to me and said he wanted to get a senior picture done with Megan. She was all for it. So I asked my dad what he had in mind, and he showed me a picture I took of the two of them at Catfish Lake fishing. He said, “I want to do this again.”

As we all know, teenagers are busy, but she would not miss a moment of time spent with her Grandpa. So we packed up the fishing gear and took off. As we arrived at the original spot, we saw the dock still there, just like those many years before. I let them go down as I watched from a distance, tears welling up as I realized this is something neither of them will ever forget.