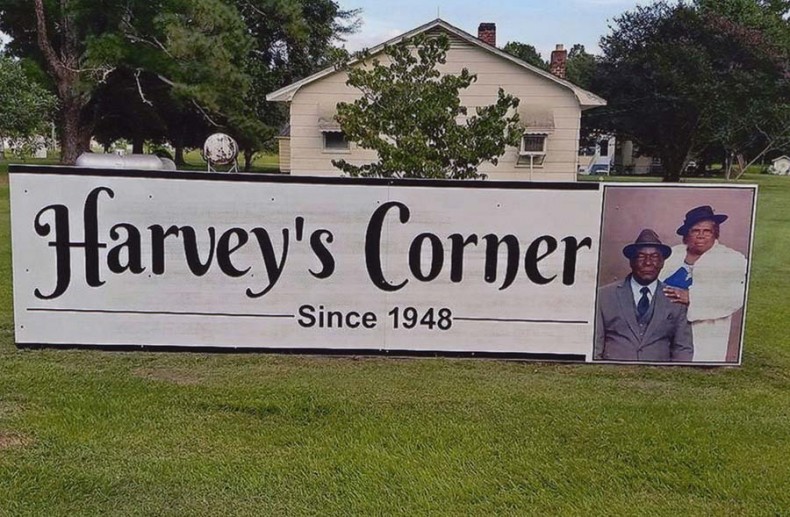 This legacy began way back in 1948. During that year, the late Rev. Jessie and Annie Ruth Harvey purchased 8 acres of land from Mr. Walter Hardy. The $150 cost at that time was a lot of money for the Harveys. The land was located right smack dab in the middle of the woods, with dirt roads and no electricity. With a handsaw and hammer, Rev. Harvey built a home by hand for his family. It took a lot of blood, sweat and tears to clear the land and remove tree stumps. Sometimes this work was completed by hand. Other times, he obtained help with those who owned bulldozers.

Rev. Harvey was a man with a vision, and he saw it through. He turned acres of woods into farmland. He raised tobacco, garden vegetables, sweet and white potatoes, peach and pear trees, grapes, plums and so much more. Meanwhile, his wife tended to the home by caring for the children and preparing meals three times a day.

As a sharecropper, Rev. Harvey often worked day and night to support his wife and children. Before food banks were established, he shared crops with other families in the community. He did this for many years to come while wearing multiple hats in the local church.

Rev. Harvey and Mrs. Harvey were married for 69 years. He lived to be 94 and she lived to be 95, and their lineage lives on. They left behind a good name and inheritance for their children and grandchildren. That’s why I’m proud to say they were my parents. So if you’re ever in the vicinity of Old Blounts Creek Road in Chocowinity, watch for the sign. We, the children, honor our parents in their legacy. Harvey’s Corner is a well-known point of reference for people traveling through this area. So when you drive by, toot the horn. That’s country hospitality as we know it.