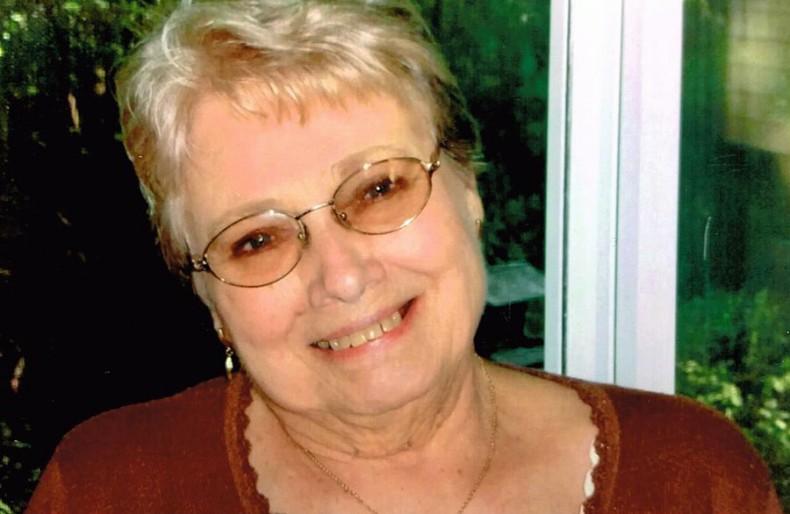 Her name was Virginia. She knew my father, who was in prison, and married him to help him get out. I don’t know what she saw in him. She never had children, but she took my sister and I, 11 and 12 years old, to raise. I don’t know why she took on so much; it must have been overwhelming.

We called her Little Moma, because she was 4'11" and shorter than us. We called her that the rest of her life, even when she wasn’t our stepmother anymore.

Daddy was the perfect father then. He didn’t drink that whole year while he was on probation. I had more respect for him in that one year than I ever had in my whole life. He played badminton with us and even went to church (a small miracle). We were a “normal” family.

Being teenagers, naturally we objected to housework. Cleaning and waxing floors on our knees was foreign to us. Sure, we complained; we had never had to do anything before. We thought she was being hard on us, but years later, I was so glad for the skills I learned. She taught us how to be a lady, how to dress and how to act in public. Until then, I had never worn a slip, used deodorant or owned a pair of nylons.

And then, our bubble burst. As Daddy’s probation came to an end, he went back to his old ways. It became so bad that we went to live with our natural mother and Little Moma moved to another state. The only real, loving home we ever had was thrown away because of his drinking, and I never forgave him for that.

My sister lived in the same town as Little Moma, and helped her when her health deteriorated. I am glad we stayed in touch over the years. She passed away at the end of 2015. My sister held the phone to her ear while I told her how much she meant to me and thanked her for being a great mother. I’m not sure if she heard me, as she was unresponsive. But I truly believe God let her hear me. She was Little Moma to us, but in hindsight, she was larger than life for the values she taught us.