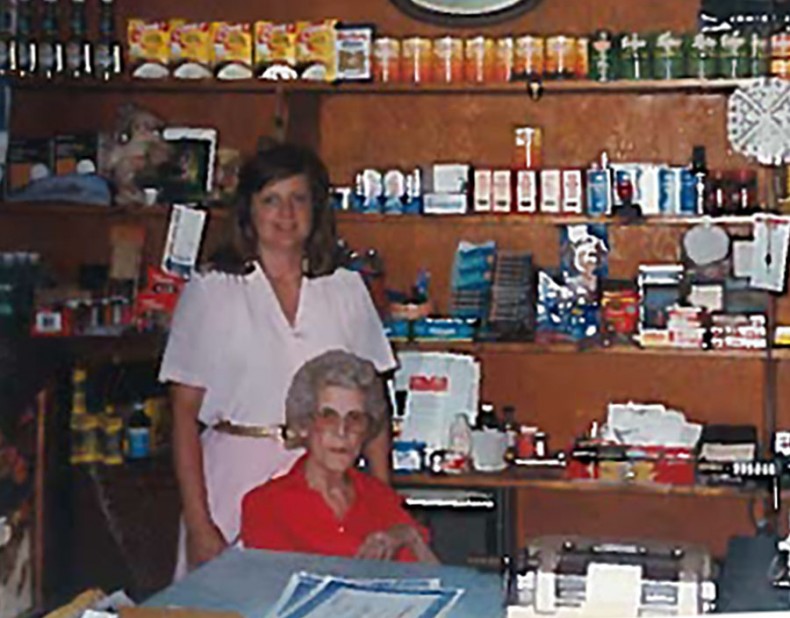 Small in stature but large in reputation, Mama Smith sat behind the counter, dipping snuff and crocheting with tobacco twine while you shopped.

Items were tallied on a handcranked register. Anything from Octogon Soap to a gallon of gas to penny candy could be purchased. Hoop cheese and bologna were cut to order using a butcher knife blade so thin it looked like an ice pick.

Sharp as a tack, Mama Smith ran the store until she was in her 90s.

Customers consumed Coca-Colas filled with peanuts and discussed the local news. Topics included the weight of the biggest fish caught out of Bellamy’s Lake or the trophy buck displayed on the back of the pickup in the store parking lot.

Sharp as a tack, Mama Smith ran the store until she was in her 90s. On her 100th birthday, she crocheted each family member a snowflake. I asked her how she kept her mind so sharp. She replied, “When I crochet, I just count the stiches like this: One, two, three; Thank you, Jesus! Thank You, Jesus!”

Maybe we all need to take up crocheting.