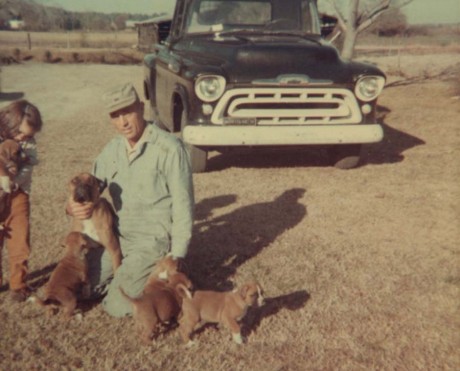 My daddy owned two trucks in his lifetime. The first one he bought was a brand new black 1957 Chevrolet pickup. We farmed with that truck and went to church in that truck. It was really beginning to get crowded the older we got; but it was in good shape. He kept the ‘57 Chevy for 18 years.

He still had that truck when I started dating. One night, my date, who is now my husband, startled our bulldog, Mug. She ran after him until he escaped by jumping on top of daddy’s truck. That was a “smart” bulldog. 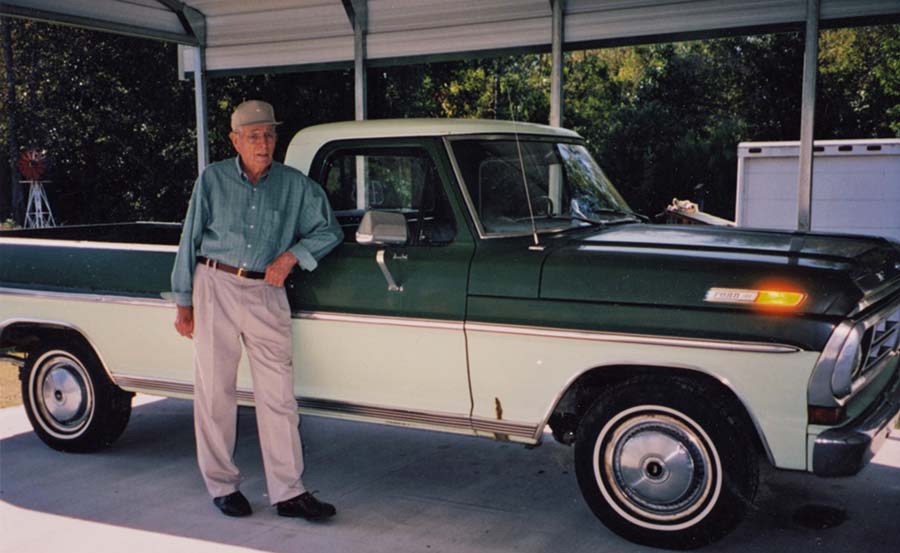 In 1975, Daddy traded that ‘57 Chevy for a used 1972 Ford pickup. He kept that truck so long it was considered an antique and didn’t have to be inspected anymore. Daddy died in October 2010 at age of 87. I kept that truck until 2014. A local businessman wanted the ‘72 Ford to completely restore it. I thought Daddy would like that. He was always grateful and took excellent care of anything he owned. I think that’s due to the fact that he lived through the Great Depression.