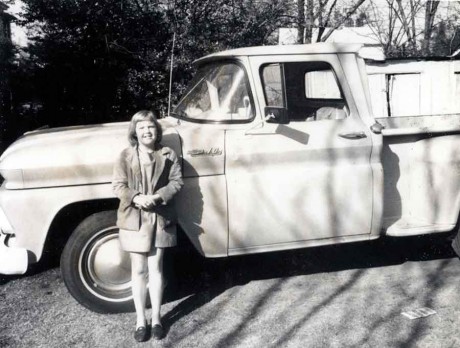 Becky at a young age

I’ve had such a strong, non-stop pull recently to find a lost family friend and his sister. I’m 57 years old, and most of my family and friends have passed away, especially my one friend who had the answers.

I am hoping someone can help me find a lost family friend and his sister. I am looking for Billy (or William) Smith who grew up in the Rockingham–Albemarle area around 1966 to 1973. Billy Smith had sandy blonde hair, blue eyes and freckles, which he didn’t like much.

A mutual friend’s name was Frances Louise Lee (My BFF in our tweens). All three of our parents worked in the cotton mills together. My parents were Fred and Justine Roberts. Frances’ parents were Emily and Lawrence Irvin Lee. And Frances has an older brother, also named Lawrence Irvin.

I believe Billy was a cousin of Frances or a close family friend. Billy, his sister and mother lived in the apartments on Rockingham Road near uptown Rockingham from 1966 to 1968. They then moved to Albemarle. Frances and I lived on Main Street in Hamlet at that time.

Billy remains fresh in my memories from childhood. I remember once my mom and I had walked across the street from home to get groceries at the Colonial Store. When we got home, Billy was there to visit. We lived in a second-floor apartment and had locked ourselves out. Without a thought, Billy hung out over the two-story stairwell to grab and shimmy through a small four-pane window into our apartment to open the door. We were afraid that he would slip and fall, but he didn’t.

Billy always said that his first car would be a red Mustang and he would give us girls a ride. He kept his word. He tried to surprise us, and when he came by to give us our ride, he had another surprise — he had joined the Navy. Billy enlisted at 17. I believe it was 1973. Sadly, I didn’t get that surprise ride because the only people who got to see him were my parents. He was running late and had to get to the base on time. When I came home two hours later, my parents couldn’t find the number and address he had given them on a slip paper. Shortly after, my folks moved the family to Cordova, and life took over.

I would really like to meet or talk to Billy’s sister, wife or someone that served in the Navy with him. Write to me at Mrs. Becky Gallops, PO Box 164, Cordova, NC 28330.