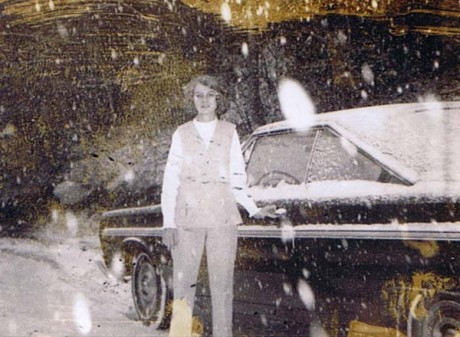 As a Marine serving in Vietnam in July 1969, I was barely 18 and feeling scared and all alone. One day to my surprise came a letter from a young girl in North Carolina named Sharon Stroud. Sharon said she had picked me out of a list from either a magazine or a military newspaper of some sort, because we had the same last name. Sharon's letters lifted my spirits. They seemed to come just at the right time with exactly the message I needed to hear.

When I returned to the states in July 1970, my sea bag was stolen along with Sharon's address and letters and other personal belongings. I did have a little bag that contained this picture of Sharon at Christmas 1969. I was never able to say thank you, so maybe she will see this. If anyone knows of her, let her know that I would like to say thank you.