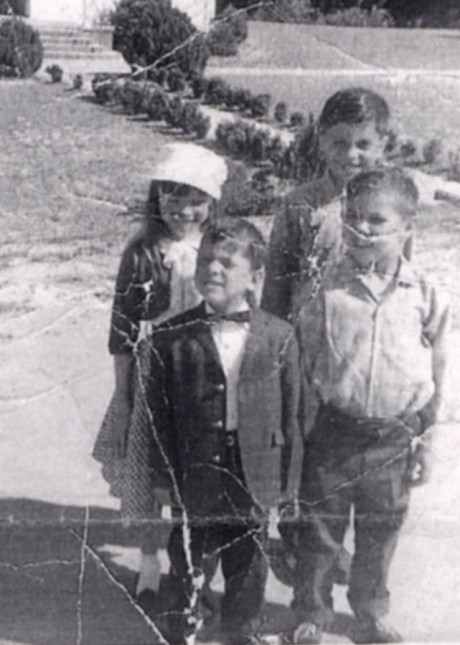 This picture was taken in 1963 in front of Harper’s Ferry Church, located south of Pembroke off Hwy 710. The church sets right on the bank of the Lumber River. Stories have it they did quite a bit of baptizing in the river behind the church.

The picture was taken before I was born and reflects the times, noting the Sunday attire they are wearing. These guys were visiting for the summer from Detroit, Michigan, where I was yet to be born.

Attending Sunday church was not optional during their stay with Aunt Nonie. Lynna and Allen have passed on to the afterlife now. Brothers Stanley and Len reside on the Currituck Sound.

Our parents were part of the automotive migration during the 1940s and 1950s. My mother, Margaret, is from and still resides in Robeson County. My father Edward Lee, whom has passed on, was from Arkansas.

Taking pictures back then also appears to have been much more exciting than it is now.