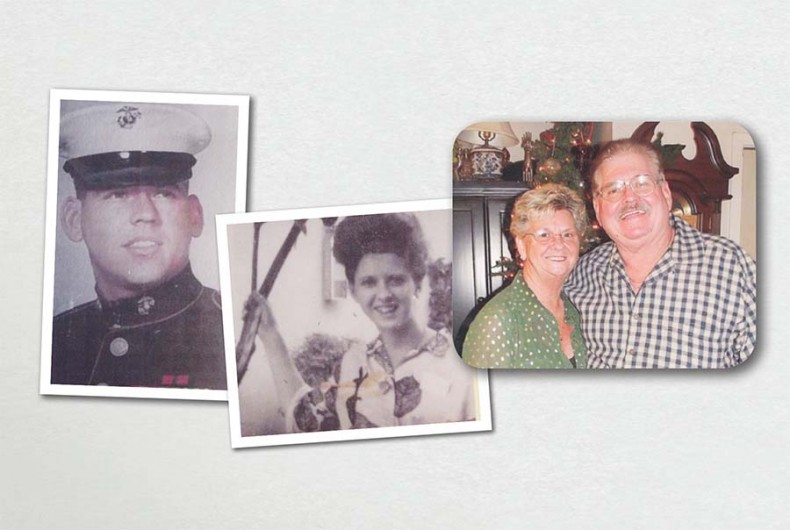 I went to California in 1964 when I was 17 years old. While there, I met a lonely, scared 18-year-old Marine headed for Viet Nam. He told me he didn’t think anyone would care if he returned home or not. I let him know I would write him while he was overseas. I did write for a short while, and he wrote me back. Then the letters stopped. I didn’t know what had happened to him. I was afraid he had lost his life.

I often wondered over the years what had become of this young man I had seen only twice. One day, 49 years later, I went to the Internet and found his name. Later I was given an address. I e-mailed him in Iraq. A couple of hours later he called to say he was the guy I was looking for. After chatting for about three months, we made plans for me to visit him in Texas. I stayed seven days and returned home.

He was the very sweet, kind person that I remembered. I am so glad I got to reconnect with him. While in Texas, he let me know he also had thought about me over the years and even tried to find me. He said I was the only person who wrote to him in Nam. We stay in touch with each other now.