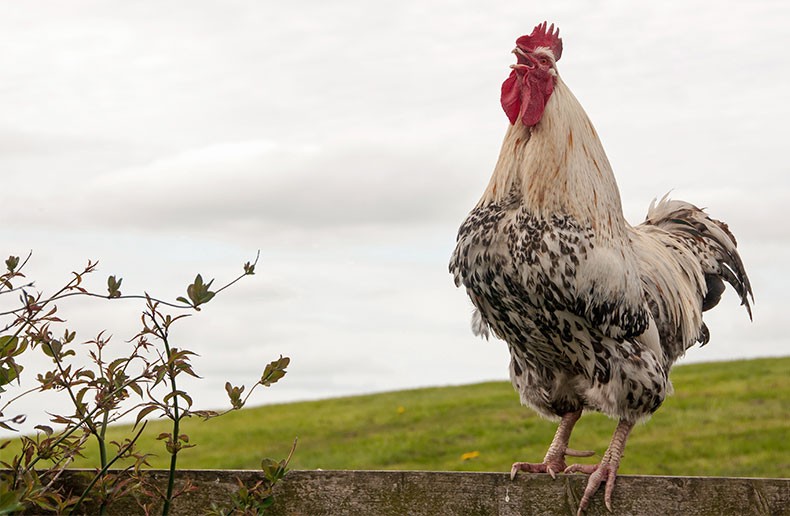 When I was growing up my father was a farmer. We raised almost everything we ate. My mother always had chickens that ran loose. When I was about 11, Mama had two speckled roosters that were almost identical. One of them was mean and would attack my little brothers, so every time one of them went outside that monster would run and try to attack with his sharp beak and spurs.

One Saturday just before Thanksgiving, one of the little boys went outside. Suddenly he came screaming back across the yard toward the house with that rooster right behind him. Just as my brother started up the steps, the rooster rose up and nailed him with both spurs. Daddy grabbed the broom and went after him. He whipped that rooster with the broom but it didn't change his disposition one bit.

Mama always cooked an old hen or a rooster for Thanksgiving and Christmas. So on Thanksgiving morning Daddy went outside to kill that cantankerous rooster for dinner. The gun went off and Mama went out to dress the speckled rooster. But to all our dismay, there stood that cocky rooster watching as though he had planned the whole thing himself. Daddy had killed the wrong rooster.

At Christmas, Daddy changed that rooster's attitude. He was delicious.