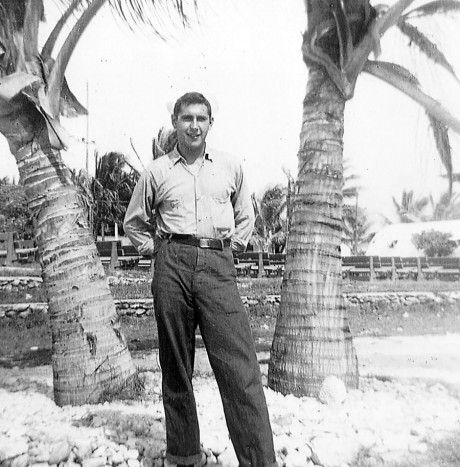 Growing up in the small town of Granite Falls in the 1960s was both tough and fun.

My Dad had left the Navy and moved my Mom, me, aged 6, and my siblings, 4 and 2, from Long Beach, California, back to their hometown of Granite Falls after serving his country on a Naval cruiser, the USS Rochester, for 10 years. While in the Navy, he would be gone for six to nine months on tours and then at home on base for three. He had the opportunity to visit Hawaii, China, Hong Kong, Vietnam, the Philippines and many other places that a farm boy could only dream of.

He didn’t feel it was fair for my Mom to carry the whole load alone for raising three small children without any relatives for backup and took what the Navy taught him as a welder back to this small town, where he worked for the next 30 years for what was to become PNG. We lost him pretty early to a massive heart attack at only 56.

Granite Falls was the typical Hallmark/Mayberry small town. The kids walked to school, to the library, downtown and all over with no worries or fears. The downtown area had a Five & Dime where as kids we would visit any time we had a nickel to spend. You could go there and “shop” for hours and see (what seemed to us) thousands of items to buy, mostly penny candy.

One year we knew exactly what to get my Dad as he had been watching TV one day and we heard him say to my Mom “Now THAT’S what I want for Christmas this year!” We were so excited to be able to get this “perfect” Christmas gift because we knew it was something he had seen and we knew we could actually afford it.

Now remember, back in the 60s the guys wore their hair slicked back like James Dean or for you younger guys Fonzie. Well, the “perfect Christmas Gift” was a tube of Brylcreem. Christmas day arrived and we opened our gifts full of excitement. Now in those days money was tight so we usually got a new outfit of clothes for school, a stocking that always had an apple, an orange and some nuts in it and generally one toy, a doll if you were a girl and a set of cowboy pistols and a hat or a truck if you were a boy.

My Dad was the quiet type that always waited for everyone else to open their stuff and admire it before opening his.

My Dad was the quiet type that always waited for everyone else to open their stuff and admire it before opening his. We were so excited and couldn’t wait for him to open his gift. Finally, he gets it open, pulling each piece of tape off and excruciatingly unwrapping it without tearing the paper (back then you saved all the paper and bows to use again the next year).

He looked at the tube of Brylcreem kind of funny and thanked us. We were so excited as we said we heard him telling our Mom that that was what he wanted for Christmas this year. To our amazement, he looked at my Mom and she looked at him and they both burst out laughing. My Dad laughed till he had tears in his eyes and every time he would catch my Mom’s eye all day they both would break out into laughter. He assured us that we had gotten him exactly what he wanted, though he couldn’t say it without falling down laughing.

It wasn’t until years later that we realized that he had been teasing my Mom when he saw the commercial and was talking about the WOMAN coming out of the tube. He faithfully used the Brylcreem over the next year with my Mom teasing him each time and both of them laughing for years over his “perfect gift.” The one thing I remember more than anything about my Mom and Dad while growing up was the laughter and love they shared.