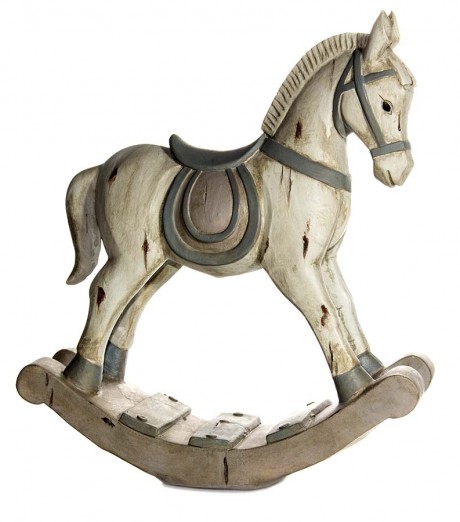 The rocking horse was not new when it came into my possession. But in those days few things were. We were, I suppose, poor. Almost everyone in rural eastern North Carolina during those war years was poor. My brother Henry, my sister Jeanie and I never knew it, of course, thanks to a Mama and Daddy who made us feel like we had everything we could need.

The rocking horse had belonged to Jeanie before it became mine on Christmas 1943. I suspect it wasn’t new when she got it either, because it was strangely the same color that Mama had painted the chairs around our homemade dining table. She was red with black eyes and black steel rockers.

I spent many happy hours rocking her on the front porch, picturing myself riding through the woods down hidden paths. It is little wonder, then, that one of the most difficult things I would ever face was parting with her. It happened Christmas Eve 1948.

Mama would always tell me it is better to give than to receive, but to a 10-year-old boy who didn’t have much, that was not an easy lesson to learn.

On Christmas Eve, our church would go around singing carols and collecting items for a family that had even less than we did. This Christmas Eve I was in bed with a headache. Mama came in and asked me if there was anything I wanted to give to the family. “I don’t have anything,” I said.

Mama already had turned to go when I heard myself saying, “I want to give my rocking horse, Mama.”

At that moment I became aware of the true meaning of Christmas: God giving us his most precious possession, his only son.