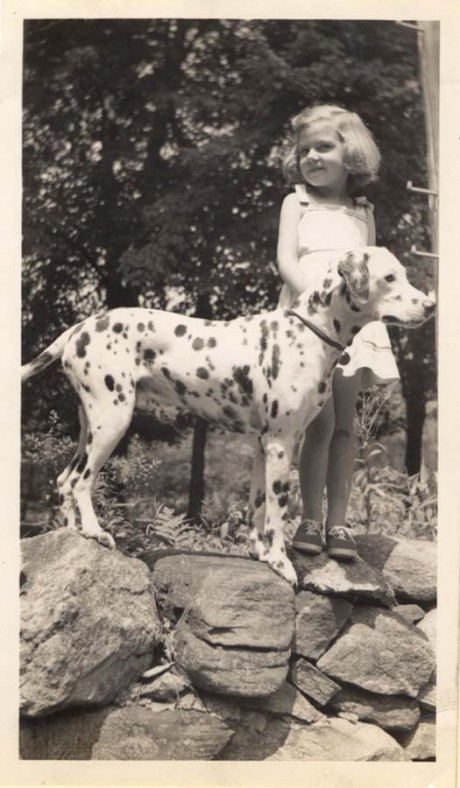 When I was about 4 or 5 years old, during WWII, we lived in Stamford, Connecticut, then still very rural. My dad brought home a Dalmatian puppy and named him Vic, short for Victory, and for the vee spots on his forehead.

My dad, a civil engineer, cleared and planted a huge victory garden of vegetables, and even though the neighbors said nothing would grow, fed the whole neighborhood.

Vic, though never trained, always got between me and any stranger coming up our drive. He was my guardian.

One night Vic got into a fight with a skunk, who squirted Vic’s eyes. By the time my parents realized what had happened, Vic had gone blind.

We moved to the city, to be closer to doctors, as my mother was fighting cancer. Vic couldn’t handle the noise and the traffic. Dad found him a home on a farm in the country where he flourished.

Many years later Dad told me that when he went back to the farm a year or so later to check out Vic, Vic “recognized” him and went crazy. He thought Dad had come back to take him home.

Dad said to me, “If you ever have to find a new home for your dog, don’t ever go back.”

That story, that I’d never known, broke my heart, as I’m sure it did his as well; but I never forgot his advice.