Witness to history 70 years ago 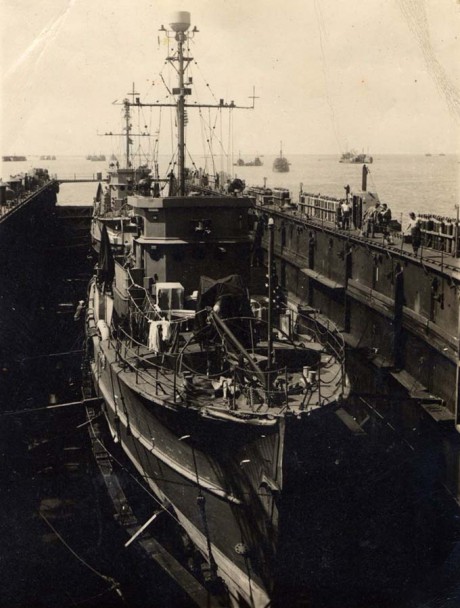 The US made more than 500 such wooden minesweepers to be commissioned in World War II.

On August 13 we became part of a fleet of US ships conducting a minesweep in the East China Sea, preparing for an invasion of Japan in October. Then, in mid-August, the US dropped atomic bombs on Hiroshima and Nagasaki. Immediately we were recalled to Okinawa, where we were refueled and re-provisioned and got underway for Japan. We rendezvoused with the US 7th fleet commanded by Admiral “Bull” Halsey.

After a few days of inaction, we and 11 other minesweepers and a destroyer escort steamed out for Tokyo Bay. We arrived August 27 and our ship was the ninth to enter the bay. We started minesweeping operations to clear the channel and harbor and completed on August 30 or 31.

Soon, battleships, aircraft carriers, cruisers, destroyers and others from the US, Britain, Australia, New Zealand, Canada and elsewhere arrived and anchored in the bay.

The historic day dawned, September 2, 1945, when on board the USS Missouri the formal declaration of surrender was signed by the Japanese and Allied Governments. Peace at last. And I was there on a day I’ll never forget.