In Sync on Ice 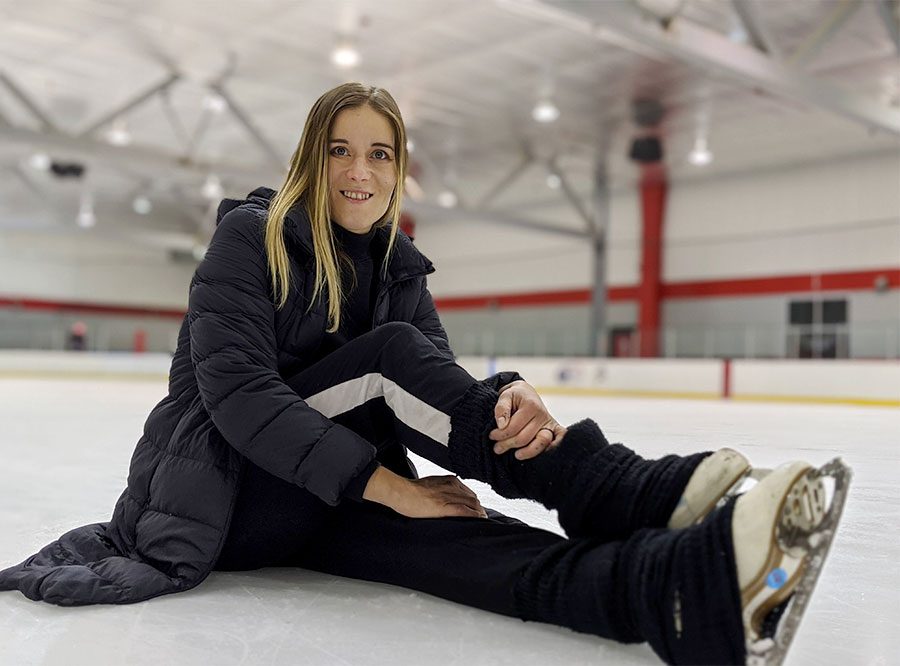 Jannika grew up in Finland and started skating when she was 4 years old. Synchro emphasizes the importance of teamwork. A team may consist of anywhere from eight to 20 skaters, and they must perform choreographed routines to music. It takes months of practice to perform every skating move, arm movement and smile in perfect unison.

Her synchro team, Marigold IceUnity, won three consecutive Finnish National titles and the Gold at the 2006 World Championships. After retiring from competition, her love for designing and sewing skating costumes took her to San Francisco, where she earned a degree at the Academy of Art University. She worked as a fashion designer in New York for five years before moving to North Carolina — a place that hasn’t necessarily been known as a skating hotbed.

“I was burning out in New York with all the long work days,” Jannika says. “I wanted to go somewhere that had a bit slower pace of life.”

Relocation meant starting a synchro program almost from scratch. Her team, Triangle Formation, merged with an existing one (the Raleigh Rockers), drawing skaters from all over the surrounding area. As a team, they represent the Triangle Figure Skating Club of North Carolina.

“Jannika is modest and doesn’t toot her own horn. She pours her heart and soul into the skaters.”

“Jannika is modest and doesn’t toot her own horn. She pours her heart and soul into the skaters,” Elizabeth says.

Skaters must be dedicated to reach their goals, but it’s also fun for Lyric and Aria. “They’ve loved learning not only how to skate synchro, but also making new friends and learning how to work with others,” Elizabeth says. “They improve their own skills so they can skate better as a team, and they learn to depend on and trust each other. It’s been a joy to watch them grow as skaters and also create lifelong connections with teammates.” 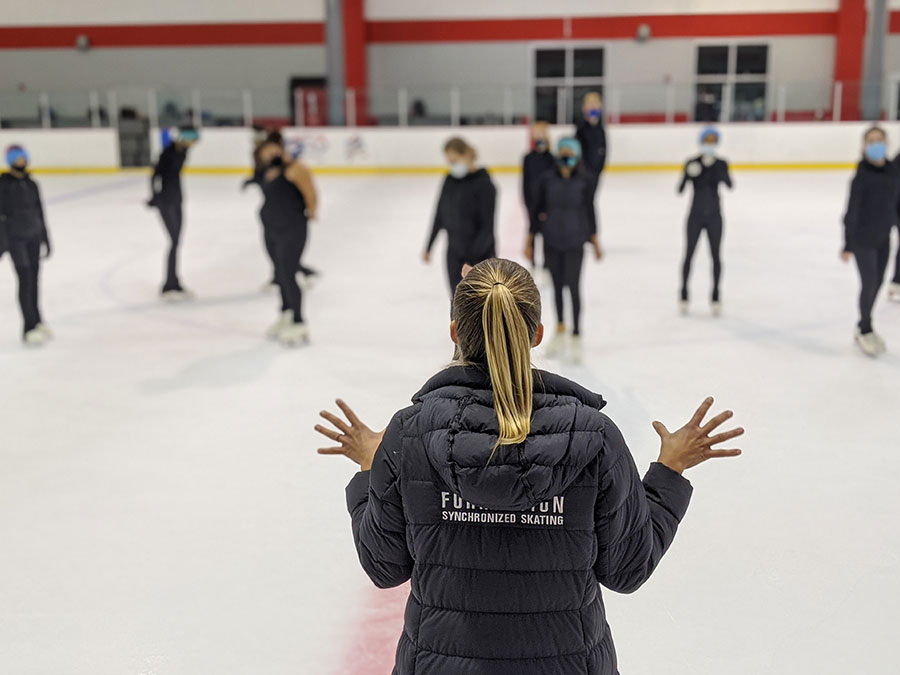 Jannika instructs skaters on the ice.

Before the pandemic, the team competed locally and traveled to competitions in Philadelphia; Albany, New York; and Irvine, California. In the post-pandemic future, they hope to compete internationally as well.

“I’ve always been a multitasker and worked in high stress industries like luxury fashion,” she says. “Having side-to-side projects that challenge different parts of my brain is thrilling and keeps the day interesting for me. But I am trying to learn how to take it a little easier.”

Jannika and her wife, Ashley, are finding their new home down South a welcome distraction.

“Durham has stolen my heart,” Jannika admits. “I love the fantastic food and restaurants, the unique and friendly people, the walkable streets, all of it. [North Carolina] is truly a breathtaking state.”

One that she’s putting on the synchro skating map.

More from the ice

Be sure to visit Triangle Formation Synchronized Skating on Facebook to watch videos of Jannika’s team working to perfect their routines.